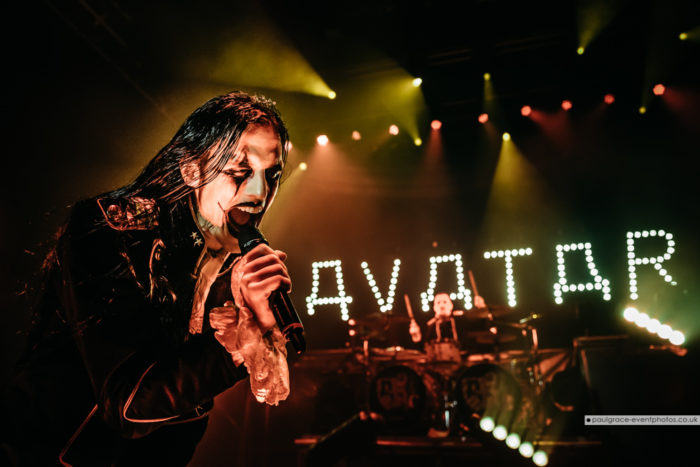 Swedish metal-heads Avatar brought their circus freakshow to London and impressed with a highly theatrical show featuring theatrics, pyrotechnics and a serious amount of head-banging! Paul Grace took his camera to capture the thrills and spills.

The current Avatar live show is based around the royal characters that feature in their last concept record, Avatar Country. For the opening track, A Statue of the King, guitarist Jonas Jarlsby who plays the King, is perched on a golden throne high above the stage before he descends amidst a smog of pyrotechnics and sparks. 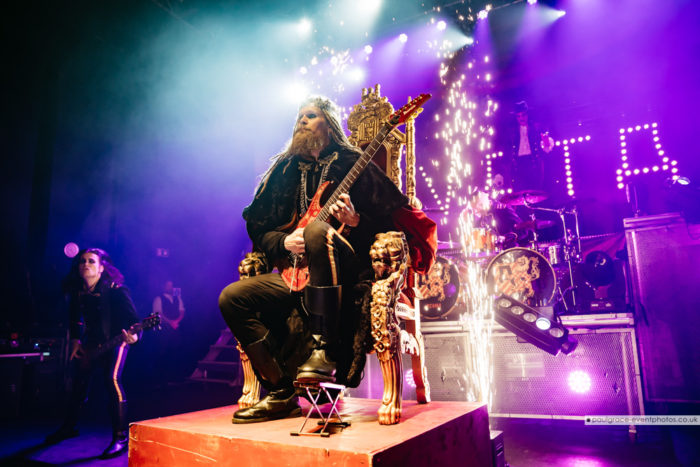 With off-the-scale camp, vocalist Johannes Michael Gustaf Eckerström delivers a dramatic sermon and then jumps around like a possessed court jester. There’s some fabulous metal poses along with serious head-banging during Paint Me Red, when the three guitarists and singer reconvene at the front of the stage in classic rock style. As you’d expect form a theatrical show like this, audience participation is plentiful and fun. With the Empire at capacity, the screams and chants at times are deafening, while the band seem genuinely overwhelmed at how enthusiastically their fans receive them.

It’s a fabulous 90 minute circus freakshow that doesn’t let up for a second. Not bad for a Sunday night!