There were no great surprises when the line-up was announced for this fundraiser for a libertarian social centre in Manchester City Centre, just confirmation of the city’s vibrant, burgeoning and raucous DIY scene. 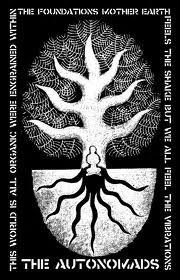 The OkCafe is used to far more sober events ”â€œ it is an intermittent short-term squat organised by Manchester libertarian activists of various hues. In its brief mayfl-likeÃ‚Â  incarnations, it is packed with activist workshops and anarchist film nights. But tonight it has let its hair down to host an energetic, beery crowd of punks, skankers and general misfits.

The night signifies a close union between two of the city’s most prolific DIY/anarcho record labels ”â€œ Pumpkin and TNS ”â€œ with members from both present in the line-up.

The key to first band the Autonomads is their simplicity. This five piece of two guitars, sax and driving rhythm section have tightened their set until it squeaks. The Autonomads’ collision of angry punk, ska and dub could have resonated at similar gatherings at any time since New Age travellers clashed with police at the Battle of the Beanfield in the mid 1980s. They formed at a time during the closing years of New Labour just when music commentators wondered what was left for angry punks to shout about and turned anger into loud anti-authoritarian anthems.

The Autonomads romp through their first album, No Man’s Land, and throw in some tasters from the upcoming split with Black Star Dub Collective, From Rusholme with Dub. Savvy to their roots, the Autonomads raise the roof when they dovetail Linton Kwesi Johnson’s anti-racist Fite dem Back into Italian Sharp skins Los Fastidios’s anthem, Antifa Hooligans.

At the predictable squat-gig-time of somewhere-round-midnight Revenge of the Psychrotronic Man take to the improvised stage and belt out some head-spinningly fast punk. By now an institution of the local DIY punk scene, three-piece RotPM go toe-to-toe with a room swollen with Manchester malcontents to deliver stripped down, high velocity tunes. Co-frontmen Matt and Andy gurn their way through short, sharp, surreal numbers with a heavily anglicised sound converted from that of US forerunners Zeke and from classic Boston bands.

The local off-licence closed its door some time previously, so it is now down to Black Star Dub Collective to close the evening’s excesses. Formed as a side project from an assortment of reggae-loving members of local DIY bands, BSDC has evolved into a powerful force in their own right. The characteristic, charismatic vocal of Mike Harijan soars over a heavy dub sound with enough air and space to fly a jumbo through. The euphoric and now late-night crowd dance like they’re possessed. BSDC are enough to get nostalgic about the late lamented Harijan, who epitomised the DIY ethic and left their egos at the door.