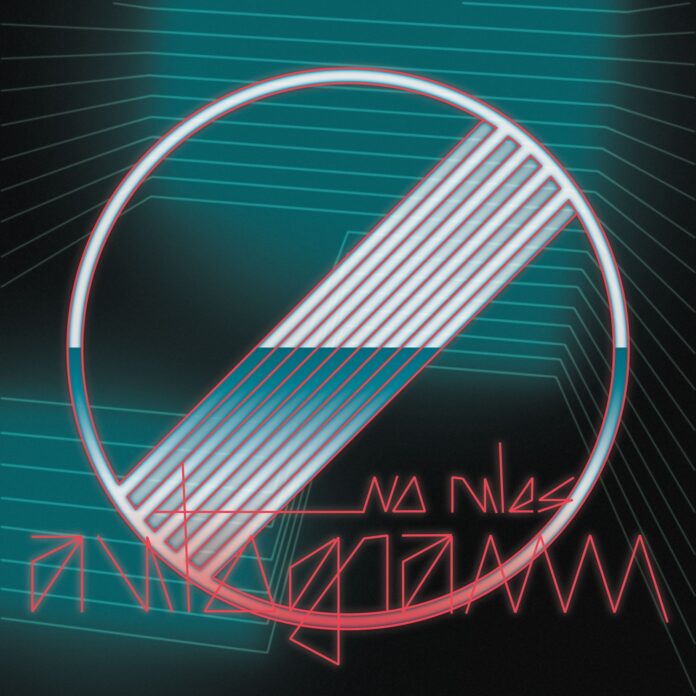 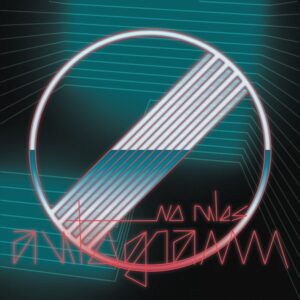 Autogramm return with their second album, No Rules, crammed full of their trademark synth-driven and punk-infused power pop. With the core message of “only two rules – be nice, have fun”, Ian Corbridge is in no doubt that this is what we all need right now.

First thing you need to appreciate about Autogramm is that this is a collective of musicians whose primary objective is to have fun. And with the state of the world as it is now, that’s as good a mission statement as I could ever dream of. So when guitarist/vocalist Jiffy Marx, bassist C.C. Voltage and drummer The Silo first got together through connections in the Vancouver and North American music scene as well as a shared passion for all things punk and synth-driven power pop, they had a vision for playing shows in the places they would like to visit, not necessarily where they should play.

Autogramm’s debut album in 2018, What R U Waiting For?, was most definitely a joyous and uplifting piece of work drawing on all the sounds and creative spirit of the likes of Devo, Gary Numan, the Cars, the Go Go’s and many more besides. And when lockdown boredom kicked in and they needed to lift their own spirits, their 2020 cover of Rush’s Working Man proved to be a surprising yet inspired choice which really hit the spot. So where would Autogramm take things in 2021 with their new album as lockdown continues to grind us all down?

The album title, No Rules, came from the aspiration of having no boundaries and a desire to build bridges rather than walls. This resonated very strongly with me as an increasing focus is directed towards ending this lengthy period of social isolation and physical constraint that we have all endured, as well as the desire to loosen all these shackles and rekindle relationships which have been consigned to the realms of zoom. But there is also a strong sense of losing your inhibitions running through the album, which is just as important and relevant.

The title track, which opens the album, owes more than a nod to the Damned’s Neat Neat Neat with its strong bass intro, frenetic beat, and punk styling, and is taken a few stages further with its crunching guitar sound and driving synths which propel its anthemic chorus line. As such, it probably owes just as much to the Stranglers and Tubeway Army. But the central message of “only two rules – be nice have fun” is heard loud and clear.

Mantra follows at a more relaxed pace in keeping with its message of hope and belief which can be more easily achieved by setting aside negative thoughts. Meanwhile, Jody Is A Cop is more of a Ramones style romp focused on reflections of a teenage romance which never worked out and the two parties took very different paths in life.

Future Primate is an interesting observation about some classic sci-fi movies, you know the likes of Terminator and Planet Of The Apes, which may have seemed far-fetched at the time but perhaps less fictional now in the light of the fast pace of change and the modern-day world. So next time you see such a movie, just consider if “we’re being followed by the monkey”.

Anxiety is most definitely a song which fits the mood of current times as we all seek to find a way through to the end of a period of immense uncertainty. Anxiety is of course not a new phenomenon, but its meteoric rise has been well documented throughout the past year and a song like this can be invaluable in making more people aware that they are not alone in having such feelings. The song itself is a classic juxtaposition with the stark reality of the narrative contrasting sharply with the melodic danceable beat and uplifting singalong chorus which spells out the title. Another one to lift all our spirits and provide some kind of release just when we need it most.

I Am A Situation is driven along by a hypnotic synth-based rhythm as it highlights the different challenges and internal struggles we all face at one time or another, all of which we have to deal with in our own way to move forward. This is further reinforced by Bad Day, with its more upbeat tempo and New Order style melodies, telling me it’s fine to feel this way but there may be some way out of this, someday.

Fuck Fast Fashion adopts a somewhat more sinister and low-key tone apart from a short guitar fuelled chorus which ramps up the volume. With the inherent link between the punk and new wave movements and fashion, this serves to throw out a warning about how what was perceived to be new and original in fashion and art has now largely moved on to the world of sweatshops and all is most certainly not what it seems anymore.

Too Loud focuses on a guitarist, Too Loud McLeod, who has attracted a certain legendary status in his local Canadian rock scene. This one has an epic quality about the sound with another memorable chorus full of harmony. Internal Data has a classic 80s synth-pop sound as it warns of the dangers of technology taking over human existence. Closing song, Shut Up!, has a quirky upbeat Devo-inspired sound with a very clear message to “put your money where your mouth is”.

No Rules is an uplifting collection of songs which has not just been founded on the current world state, reflecting the fact that the songs were written over a lengthy period of time. Whilst there is no common theme to the narrative throughout the album, I have no doubt in my mind that the mission of having fun has been achieved with distinction and I for one feel all the better for hearing it.

Once again, Autogramm have created a body of work with a multi-dimensional sound drawing on classic 80s influences covering numerous genres from synth-driven power pop, through rock’n’roll, to dance and electronica. No Rules is full of catchy well-crafted singalong pop-anthems, so just listen, get up and dance, and leave all your inhibitions behind.

All words by Ian Corbridge. You can find more of his writing at his profile.