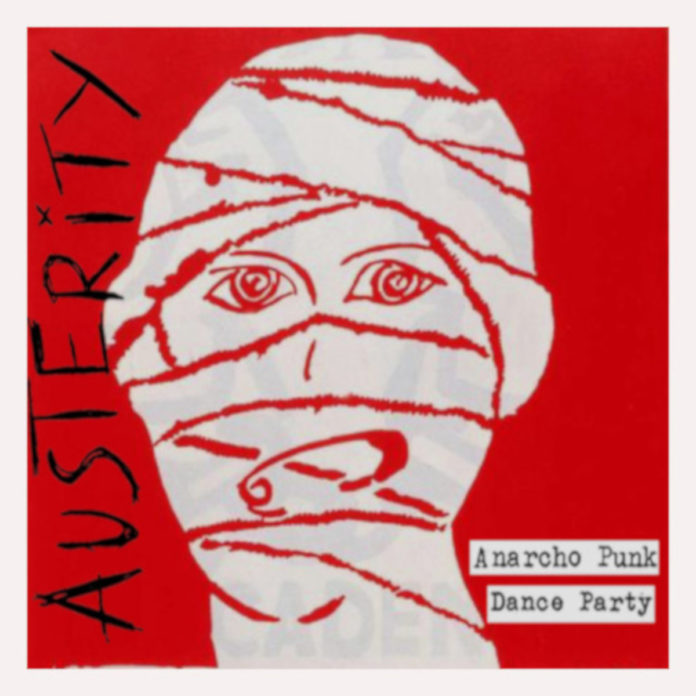 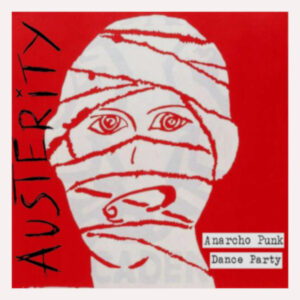 Is this the last great punk album of the decade?  Or is it too heavily in thrall to the sound and ideas from 1979?  You decide, because Ged Babey is unsure…

Probably the most difficult review I have ever undertaken….

The naive, positive, young teenager I was (who still lives in my 55 year old brain) thinks that this is a vital, exciting, important punk rock statement of intent – a sharp and angular dissertation on the evils of capitalism, the Right and the patriarchy and how to start the fight back.  With an energy and dark humour and articulacy in slogan-form rarely heard. The music is utterly fantastic too – like a fast and funky Gang of 4 circa Damaged Goods.

The cynical, pessimist old-git in me  thinks – it just sounds too much like the Gang of 4 with bits of Pop Group, Kleenex, Wire, No Wave and Mekons … and is almost a study in plagiarism – no matter how well intentioned and sincere – there is nothing new here… it almost could be a parody…

It has been tearing me apart … trying to decide which is right and how I should review the album – probably one of my most-listened to albums of recent months.

But, either way, Anarcho Punk Dance Party is still the most important album of the year and arguably the last great punk rock album of the decade. (And I’ve taken so longer getting this review done the CD copies have sold-out and the General Election has left us reeling…)

The press release tells us…

It’s a super relevant record that rages hard against austerity politics, disaster capitalism and the patriarchy of Brexit Britain. Highly recommend checking this one out if you’re a fan of groups like Idles, Squid, X Ray Spex, Fugazi or Petrol Girls.

With intelligent nuanced lyrics that draw on complex and confrontational anarcha-feminist political themes, Austerity write songs that might not be for everyone – but are more than necessary in Britain, in 2019.

Citing influences that range from Scritti Politti, XTC and Wire to Gang of Four, Zounds and Fugazi. Austerity display angular chops, buzzsaw guitars and brutalist vocals that switch effortlessly from quiet defiance to guttural rages throughout the album’s 12 tracks.

A track by track dissection is not necessary – you will either know this is for you or not if you spend fifteen minutes watching the bands videos scattered hereabouts.

One of the most powerful songs on the album which is worthy of singling out is Nice Guy – with its repeated refrain of “No,you’re not a rapist mate” and the disturbing bit of legal advice/ reassurance in the line ‘ if we frame it right you were too nice”.  The band say…

“Nice Guy is a song about a horrible culture among men where they excuse each other’s abhorrent behaviours. Y’know, where they say someone is a nice guy even when they are being abusive. We think it stinks – and it needs to be challenged.”

When I posted an Austerity video on Facebook, a friend (Tim Naylor) came up with a classic and hilarious reply: ‘More reference points than a boy-scouts compass’.  It’s funny because it’s true as Homer Simpson once said. But nonetheless ‘Anarcho Punk Dance Party’ is exactly that and a brilliant, intelligent album which deserves to reach a wide audience of young smart boy/girl revolutionaries who need their own ‘Entertainment’.