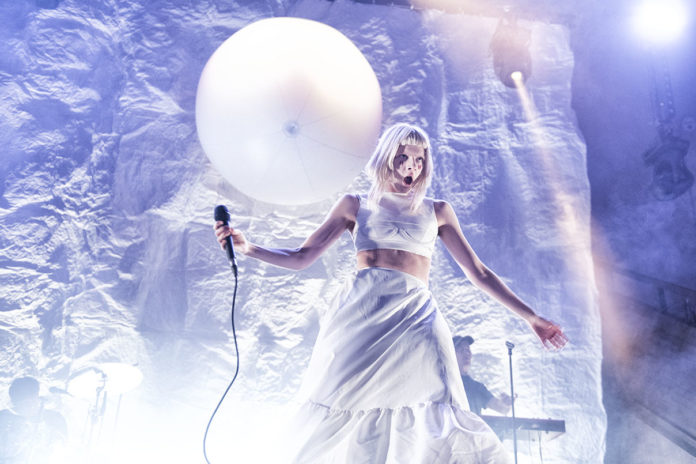 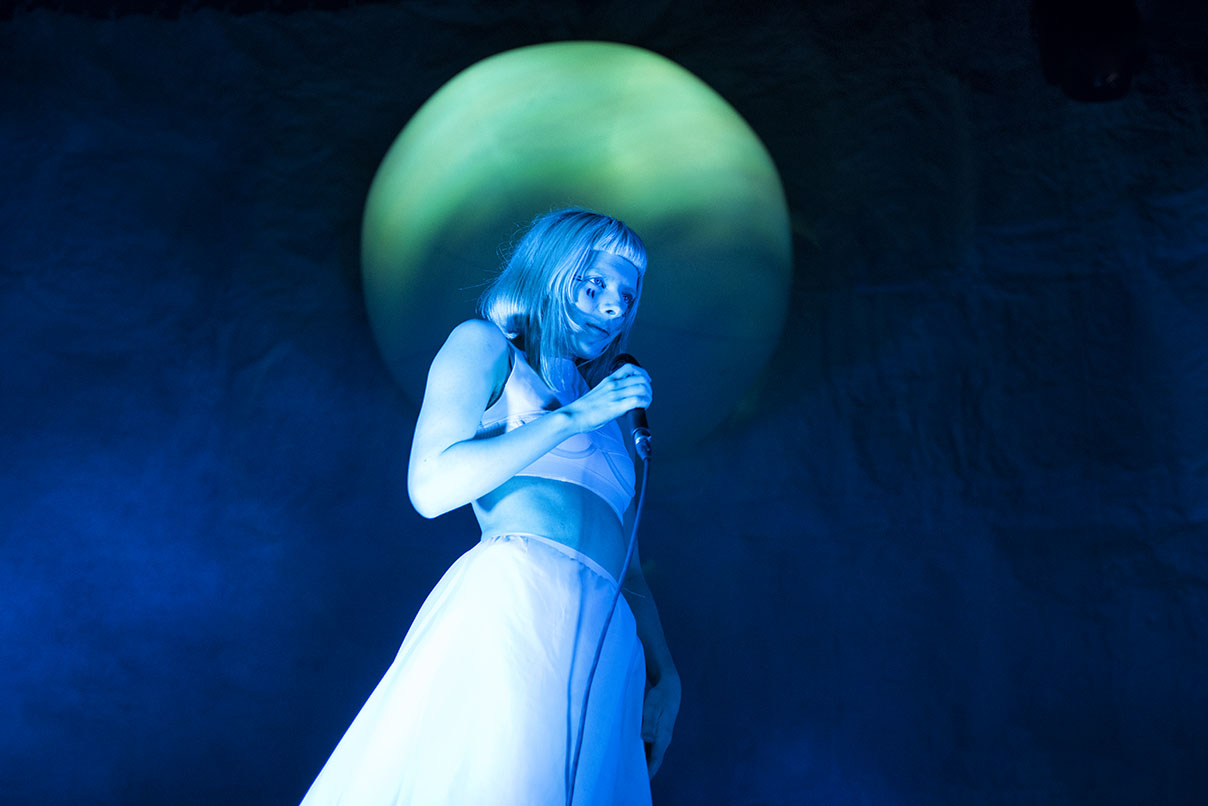 On a night traditionally reserved for bonfires and fireworks, Martin Mathews and photographer Melanie Smith went on a journey to an ethereal, enchanted forest on the moon, with a Norwegian forest nymph who is fragile and vulnerable, but also fierce and strong.

To many Aurora Aksnes better known as AURORA will be best known for the 2015 John Lewis Christmas advert featuring her cover of the Oasis song ‘Half the world away’. However there is far more to this very talented young singer-songwriter and producer than that, as was ably and effortlessly displayed in Manchester this evening. Louder Than War has followed Aurora’s career and witnessed her in a variety of venues in Manchester over the past few years, Deaf Institute, Academy and the O2 Ritz, but Albert Hall was an almost sold-out show, such is a testament to her growth in popularity. 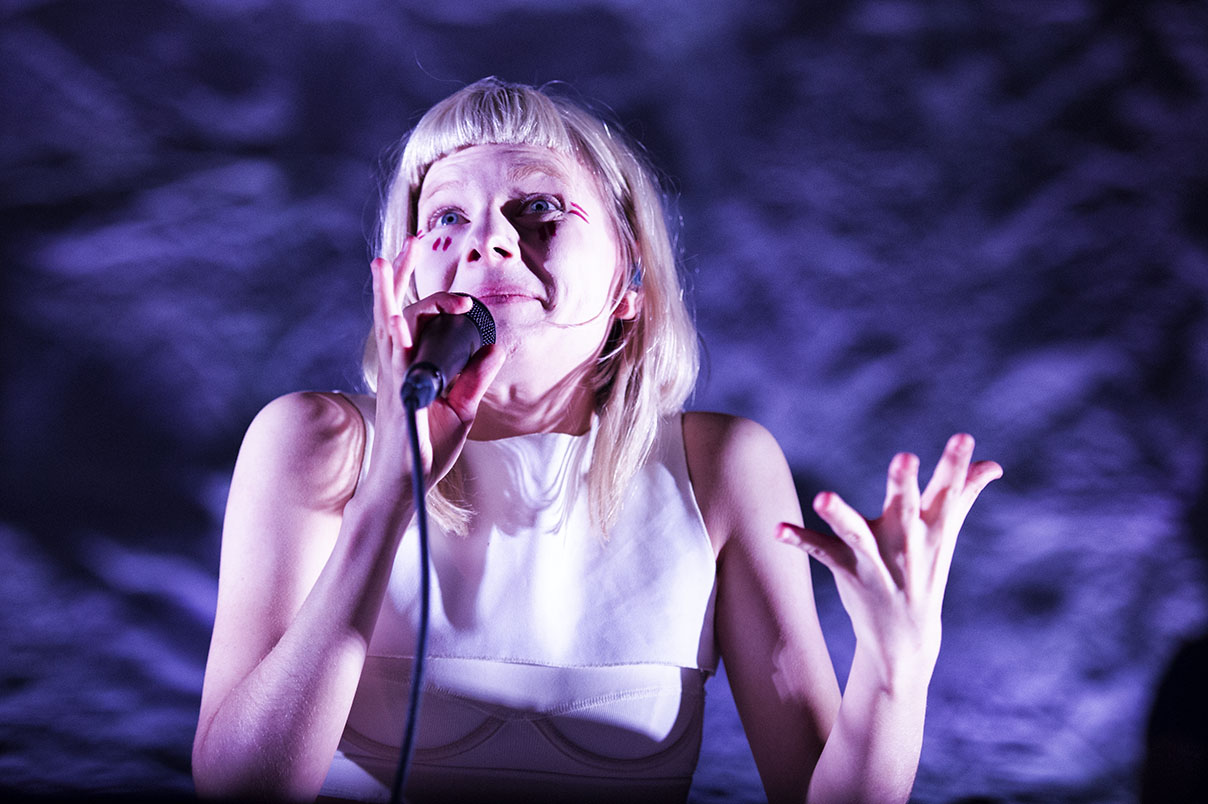 The ease with which Aurora connected with her audience, who she dubs her “warriors”, was a joy to witness, this is a performer so connected that it was as if she were addressing a group of friends. The love and connection were palpable as she chatted and engaged with them between songs that spanned her short but incredibly promising career.

Backed by a four-piece band she looked and sounded truly angelic, yet also startlingly rousing as she demonstrated her impressive vocal range amidst the atmospheric stage set.

Musically there were moments that were reminiscent of artists as diverse as Kate Bush, Florence and the Machine, Bjork and Enya which given that by her own admission she doesn’t listen to the music of others is a testament to her creativity and the music defies categorisation spanning dreamy pop, dance and electronica.

As someone only very recently introduced to the music of Aurora my personal highlights were the songs ‘Animal’ and her gay anthem song ‘Queendom’, but there wasn’t a moment of the show or a song that I didn’t enjoy and I am looking forward to discovering more and to hear what comes next from this talented artist. 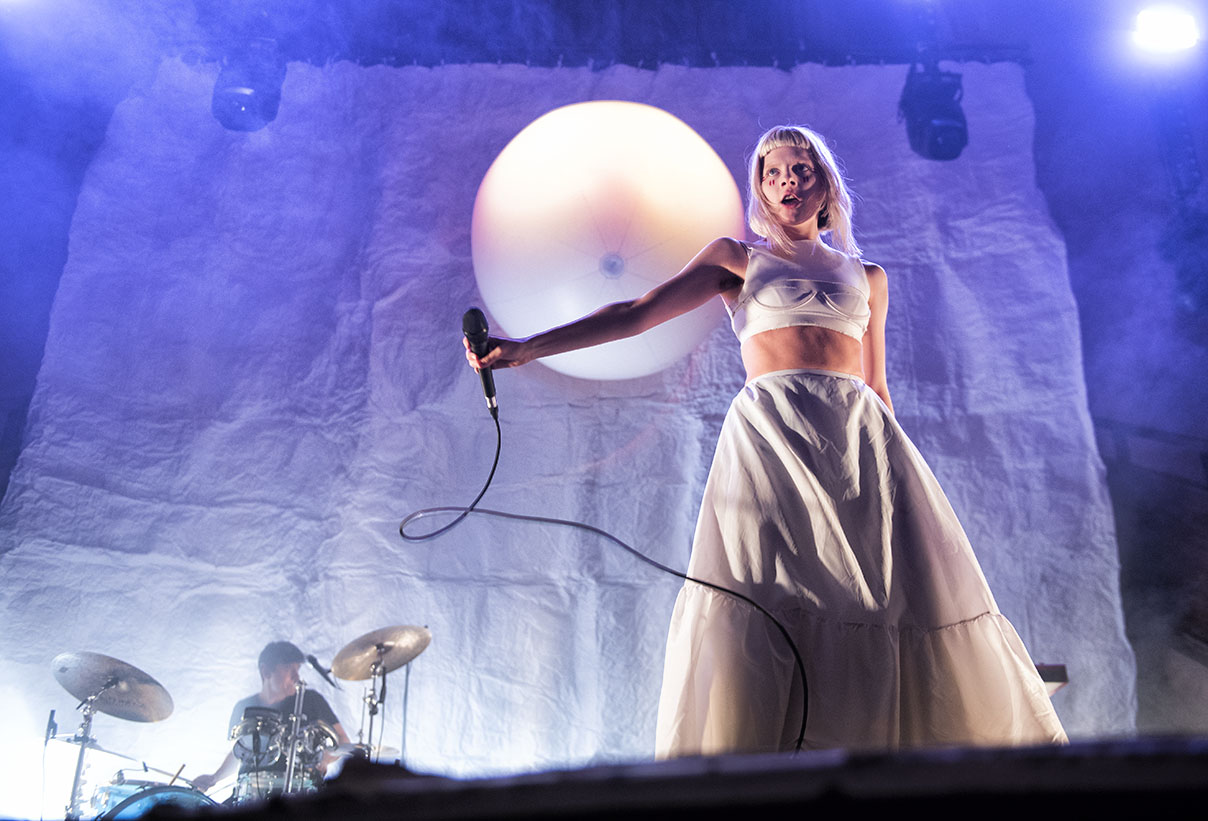 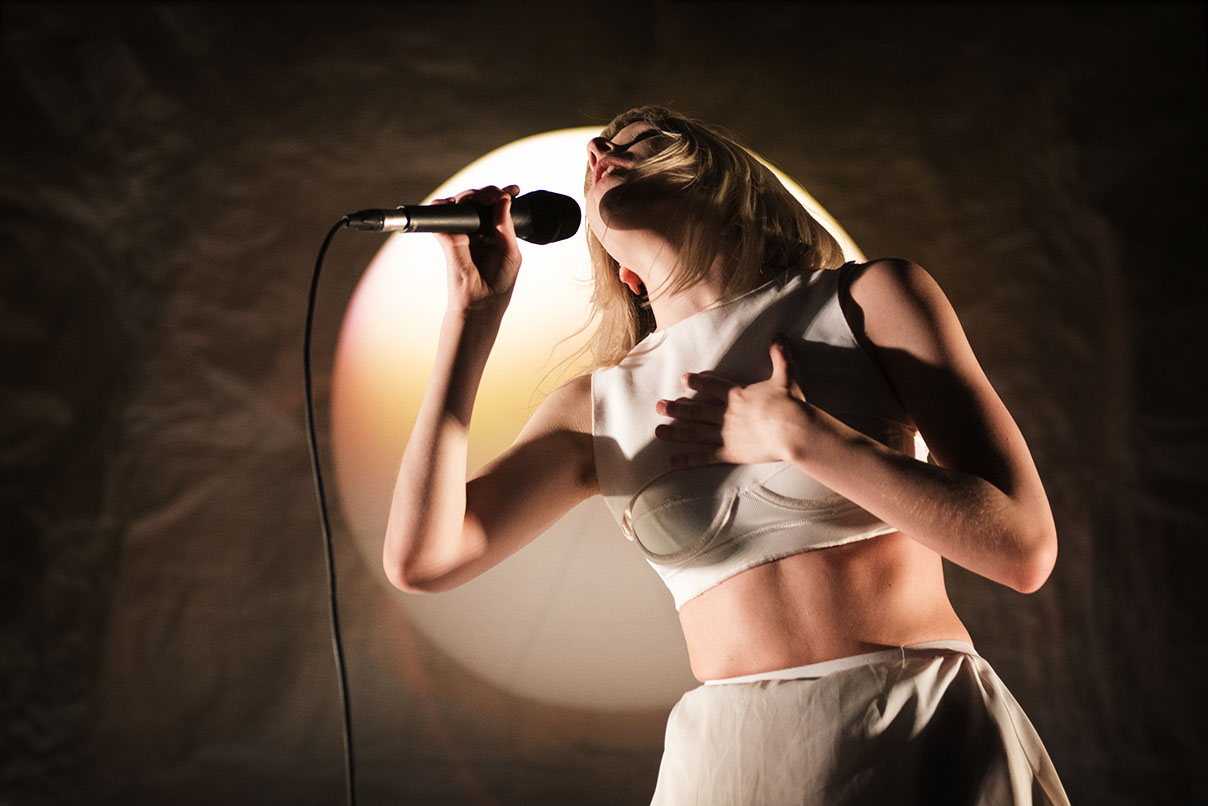 The setlist of 17 songs had the “warriors” and myself enthralled from start to finish and when she returned to the stage for the encore Aurora said that she had never before heard an entire audience singing along to the song ‘Running with the wolves’.

Proving again the personal connection the first of the two encore songs was ‘Through the eyes of a child’ that someone who she had met outside the venue earlier in the day had asked her to perform and this was a magical moment before the show closed with a rousing, energetic rendition of the song ‘Daydreamer’ from her latest release ‘A different kind of Human (Step 2)’.

If you enjoy your music otherworldly, ethereal and magical then Aurora is definitely someone you need to follow..

Churchyard
All is soft inside
Warrior
Forgotten Love
Murder Song (5,4,3,2,1)
It happened quiet
Runaway
Animal
Apple Tree
A Different kind of Human
The River
Queendom
The Seed
I went too far
Running with the wolves

Through the eyes of a child
Daydreamer

Photos by Melanie Smith. More work by Mel on Louder Than War can be found at her author’s archive. You can find her on Facebook and Twitter. Photography portfolio can be found here </strong