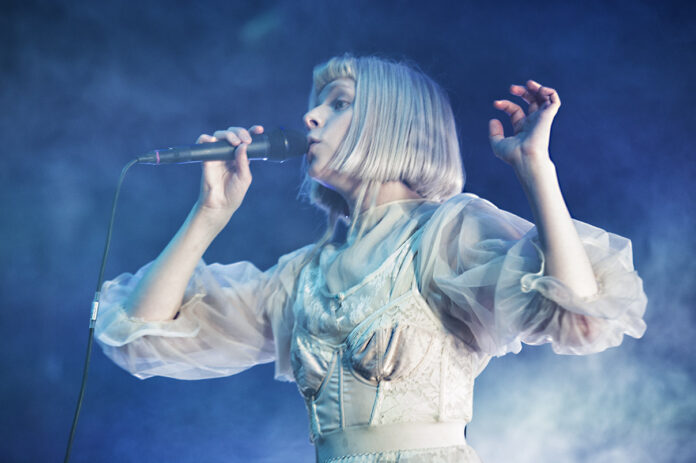 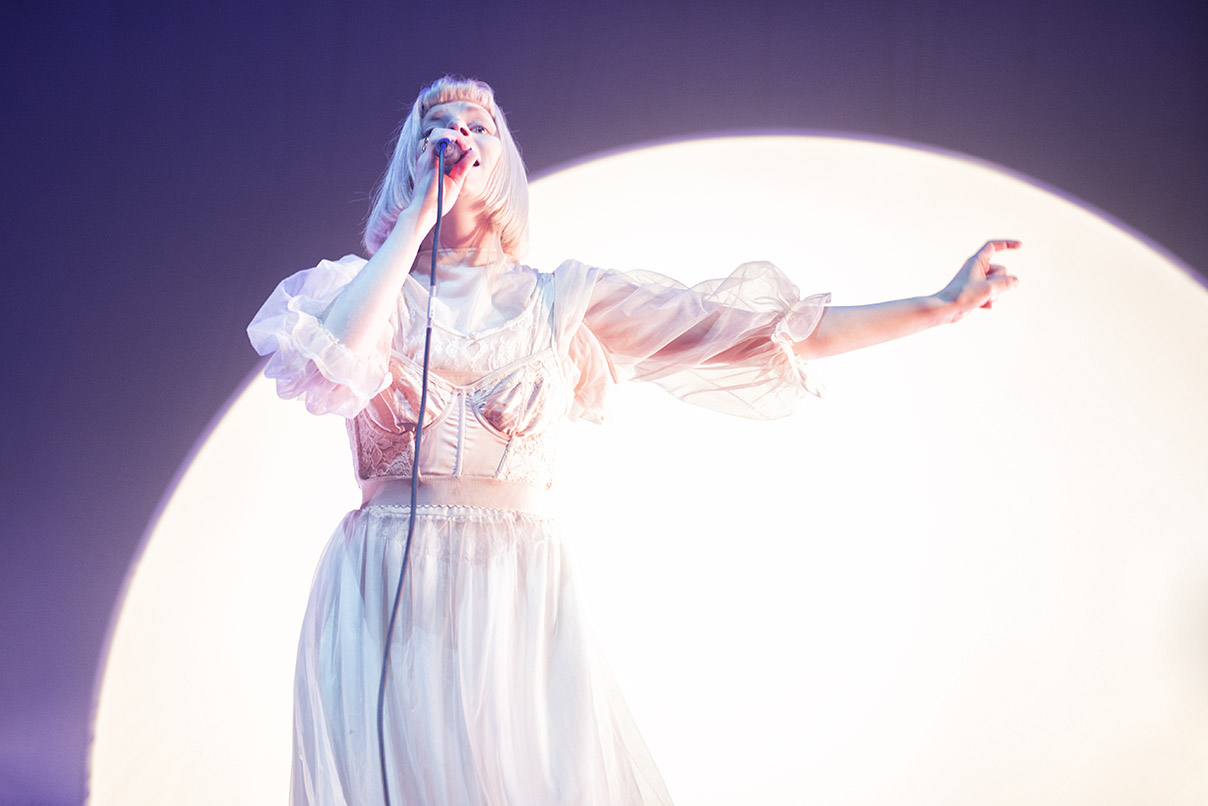 Aurora returns to Manchester promoting her new album The God’s We Can Touch and gives the audience a truly stunning performance.

My first experience with Aurora was during the first dreaded lockdown. I found myself on furlough trawling through the endless landscapes YouTube had to offer. Up she popped, wide-eyed and unusual. I was instantly intrigued as I caught a glimpse of one of her live shows. It wasn’t long until I became somewhat obsessed with Aurora. There was something about her energy and presence that seemed to mesmerise instantly. Fast forward 2 years of filling my mind with every live performance Aurora has ever done and multiple attempts at singing the track It Happened Quiet and failing, I now find myself finally seeing one of my idols in the flesh for the first time.

Albert Hall is a stunning venue, with huge stained glass windows surrounding a vast open room with a theatre-esque balcony. The first thing I noticed was the colourful characters within the audience. Be it brightly coloured hair, ponchos, and creative make-up, Aurora seems to attract an interesting and beautiful clientele. Not only this, there was a huge mix of ages which is always great to see wherever you are.

Metteson, a young pop artist from Norway entered the stage. Immediately it was clear that they are the perfect choice for support and not just because of Metteson’s huge starfish hat. An eclectic and ethereal style mixed with thumping electronic beats made for an interesting sonic space. The harmonies throughout the performance were no less than perfect and Metteson showed charisma, confidence and charm. I’m rooting for these guys and can see them supporting the likes of Chvrches or Robyn one day. 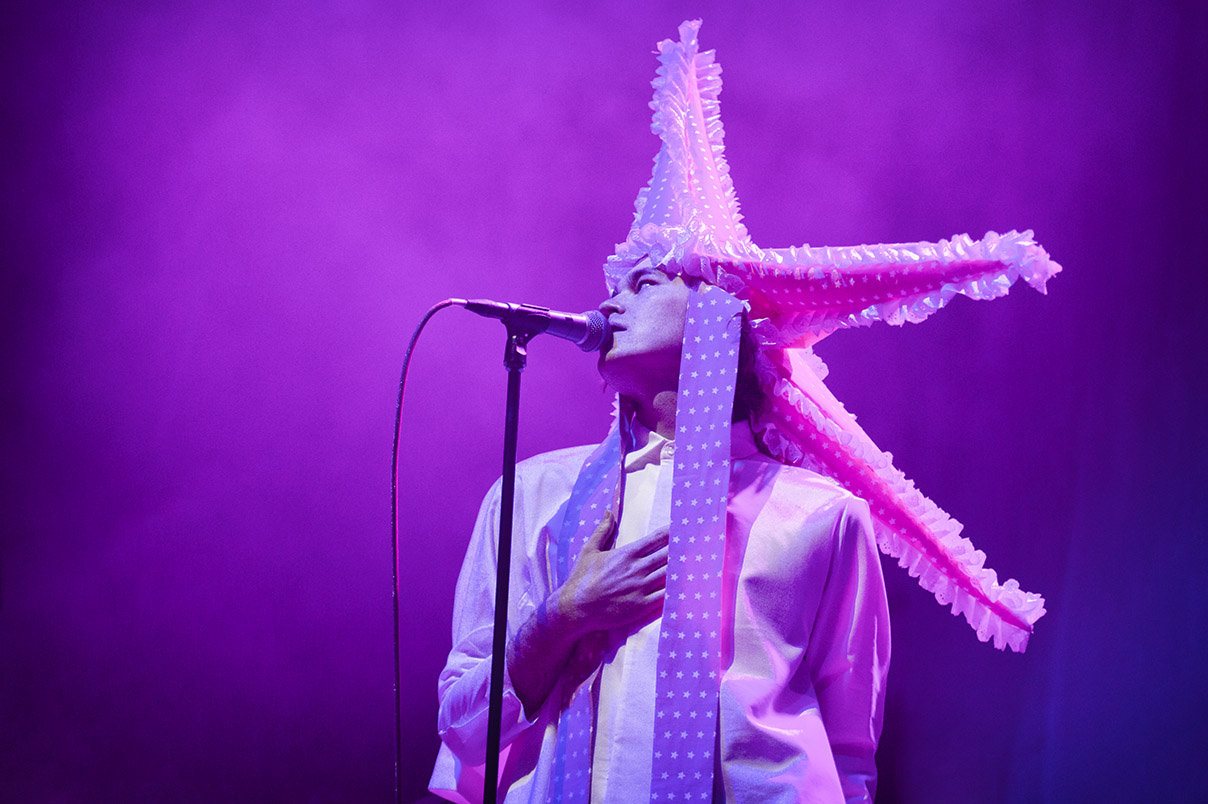 On the stage there was a huge circle of light alluding to the sun or moon. It created a simple yet powerful image for Aurora, staying central and silhouetted during the first track Heathens. As suspected, it was difficult to believe this was live, as everything sounded flawless and Aurora’s voice instantly captivated the audience as it glided around the room. It wasn’t long till we got to hear the viral sensation that is Runaway, which Aurora had written at a very young age from the album All My Demons Greeting Me As A Friend. Moving between each of her albums she made sure she covered all basis and tracks from her newest release The God’s We Can Touch went down equally as well. 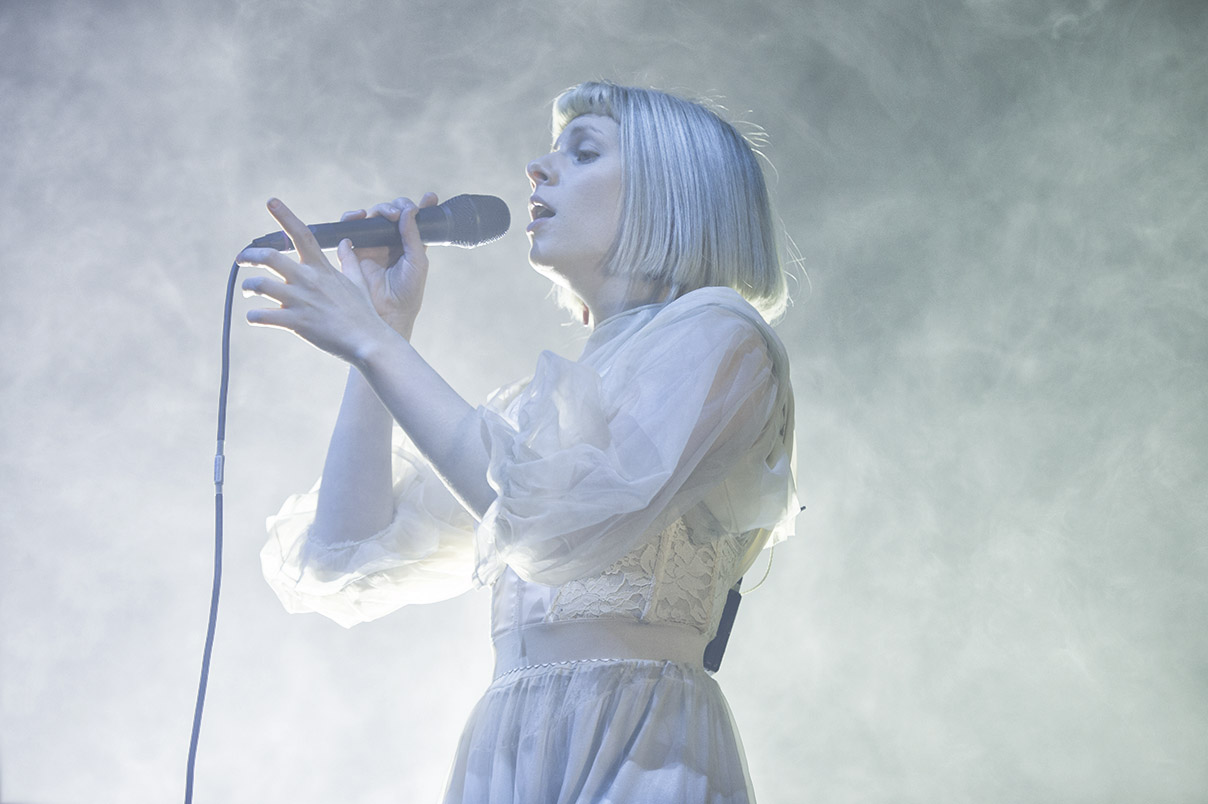 Aurora had a theatrical but calm presence throughout. She moved as though the music controls her, she feels every note and every beat which shows through her fluidity, her personality shines as brightly as her vocals do. From making sure the photographers don’t take pictures of her feet, as she forgot to clip her toenails (or toe-hat as she called it, which is hilarious). She made sure to address the audience regularly, hilariously and sometimes talked about the meanings of the songs. I could have listened to her speak for hours.

I stopped writing notes fairly quickly towards the halfway marker of the performance; the reason being, that I was far too captivated by her. I found myself wondering if she is of this Earth at all. Is she an angel, a pixie or an elf? She stands humble in her authenticity, which is the main admiration I have of her, whatever being she may be. It is almost impossible to put into words how enchanting and compelling the whole experience was. 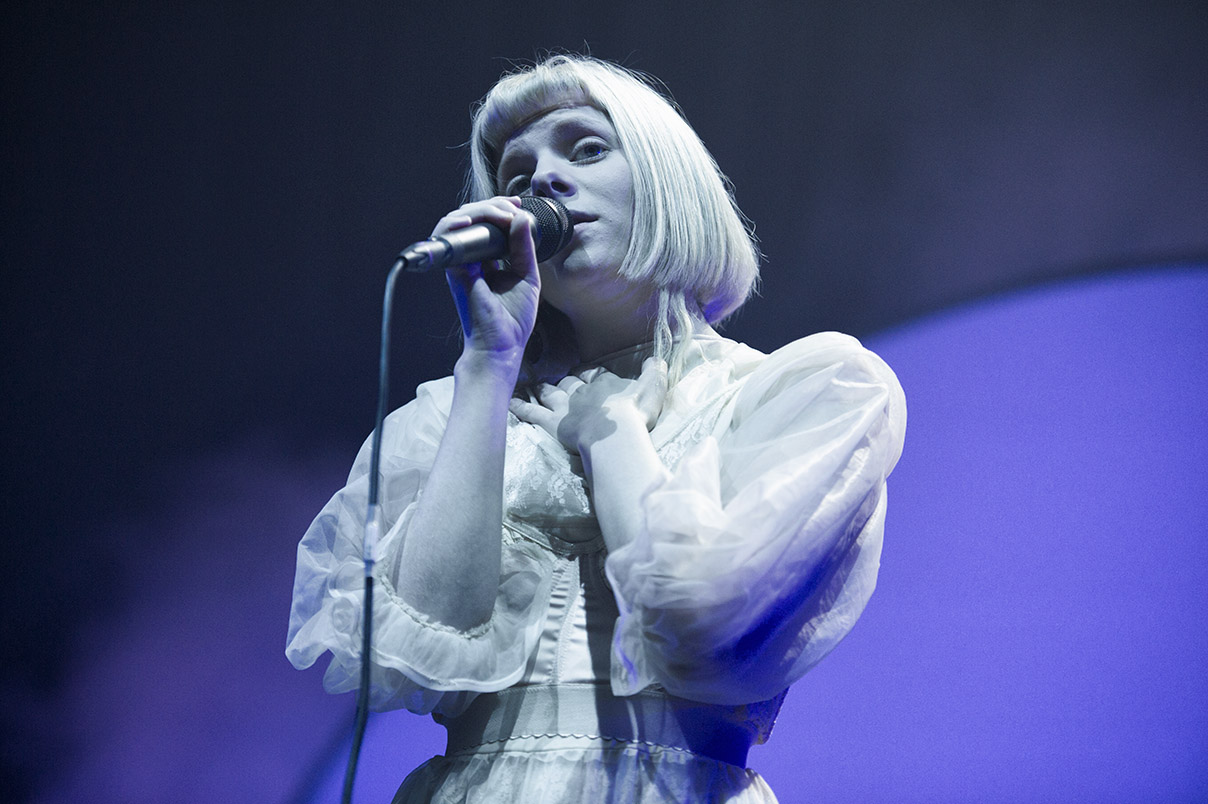 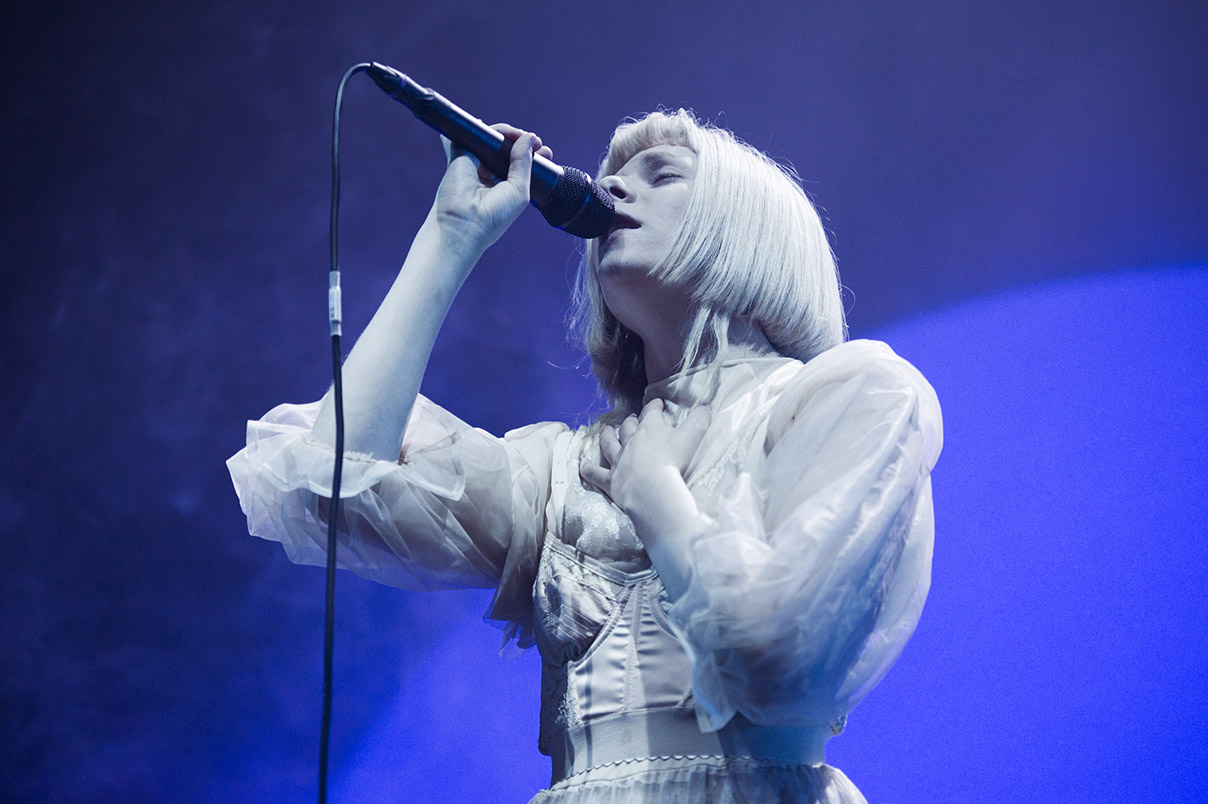 I’m no stranger to shedding a tear at a gig and this gig was no exception. The track It Happened Quiet blew me away. The change in her vocals go from soft to powerful, the build to the end chorus, the darkness of the subject matter. There is something truly magical about Aurora’s story-telling. That’s what this performance felt like; a series of stories and tales told uniquely through the eyes of a deep and beautiful individual.

Those tales paired with ethereal harmonies, dramatic gleaming lights and Aurora’s enthusiasm and organicness made for a breathtaking experience. It was hands down, my favourite gig of the year.

Words by Lucy Shevchuk. More work by Lucy can be found at her author’s profile