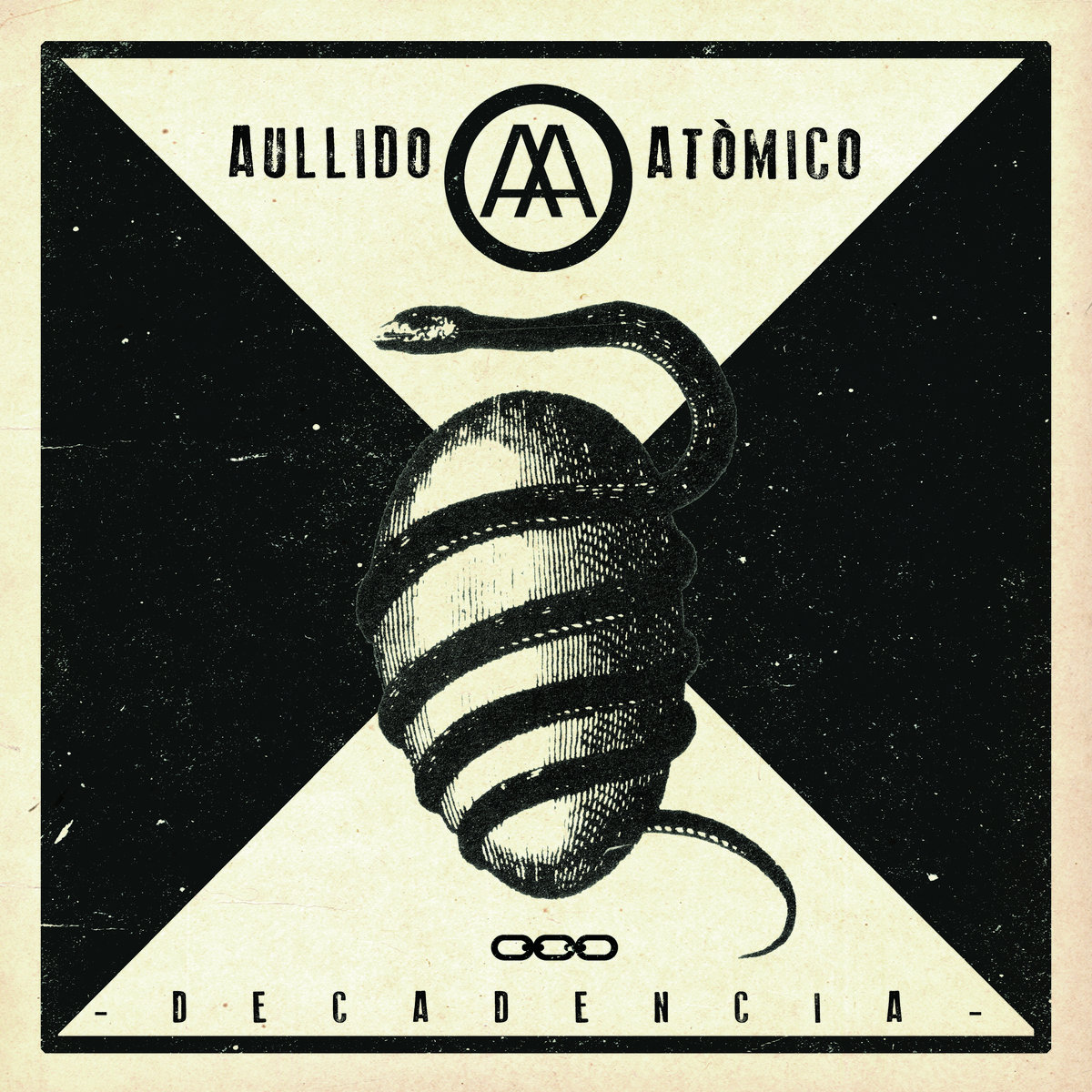 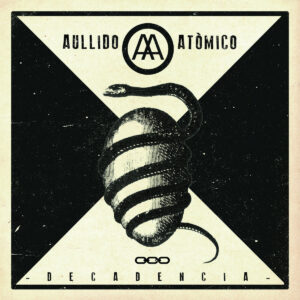 Valencia’s Aullido Atómico return for their third album and add a heavy dose of 80s Spanish rock-pop and brushes of tropicana to their punk-rockabilly sound, creating an album of snarling and crooning anthems. Louder Than War’s Nathan Whittle checks it out.

On their previous two albums, Valencian trio, Aullido Atómico expertly crafted surging punk rockabilly tunes that harnessed the spitting energy of The Clash and Spanish punk bands, such as Ilegales, wrapping them in dancing rhythms. With each album they gained in popularity, playing to greater audiences on the garage rock circuit and festivals and it would’ve been easy for them to stick to that course and churn out another album in the same vein. However, creativity and movement takes control and drives the band on all fronts – musically, lyrically, and artistically. On their new album, Decadencia, they’ve taken that previous style and layered it with the crooning Spanish pop sound that had so much success on the continent in the 80s, resulting in a fantastic album that surges along, while simultaneously painting many different shades and feelings as it goes.

Album opener, Coca Cola Revolution, kicking off with pounding drums before the guitar chimes in, perfectly bridges the gap from their previous record with call and response verses, half-spitting-half-crooning, full of sarcastic tongue-in-cheek comments on striving to create an identity in the modern world. Creators who love plagiarism, anarchists who don’t want problems, communists with house insurance. The sardonic lyrics hook straight away thanks to the catchy melodies before the chorus booms in full of pop euphony. It’s a fantastic start to the record and paves the way for the rest. The tropicana feel of Bandolero follows, with rolling basslines and glorious harmonies propping up a highwayman’s tale. The break in the middle drops back to clicking fingers before it builds up again to finish on a real high of soaring 50s-style pop vocals. The pop continues with Sueños Recurrentes, a rock ‘n’ swing number that leaves you bouncing and jiving along. The vocals crack and croon throughout before the song drops off and devil-country blues rocker Esteriotipia jumps in. The verses are full of underlying danger and the bass is pushed to the fore, walking melodies under a tune that recalls the Legendary Shack Shakers and Reverand Horton Heat, albeit aiming for a more classic sound.

Trópico Basura provides a brief mid-album instrumental interlude before the band pin their hearts to their sleeves with Sisi Boy, inspired by Spanish poet and playwright Gloria Fuertes, who fought for many social causes throughout her career. It’s the most laid-back song on the record and almost touches on Dexy’s Midnight Runners with the way the vocal melody twists and turns, coaxing you in. The song shines, with running riffs subtly plucked throughout, much in the way that The Coral and their peers like The Bandits mined the same blend of Merseybeat and Spaghetti Western soundtracks. Throughout the record, Aullido Atómico bring back and repeat various different themes, but this is nowhere more evident than on the twin songs of side A’s Sueños Recurrentes (Recurring Dreams) and when mid side B supplies Pesadillas Recurrentes (Recurring Nightmares), full of bounding rhythm under twanging guitars. Muerte a la Inteligencia continues in the same vein, before Fuego y Semen see the band delve back even further, to the sound of 50s band leaders conducting a high school ball that at once moves from a slow dance to arms-in-the-air spinning round in abandon. They close out the record with Dentro del Vergel, one final tropicana-tinged number that rounds the record off perfectly.

On Decadencia, Aullido Atómico have taken a brave step away from their previous sound to embrace the musical heritage of their Spanish roots, and in doing so have created their most interesting album to date. The once-spitting lyrics have been replaced with full, rich melodies and the urgent scratchy guitar rhythms with winding, airy, swinging cadences that allow the intelligent lyrics to breathe. This is a fantastic album from one of Spain’s most exciting young bands, so brush up on your español and delve into their decadence.

Watch the video for Coca Cola Revolution below: