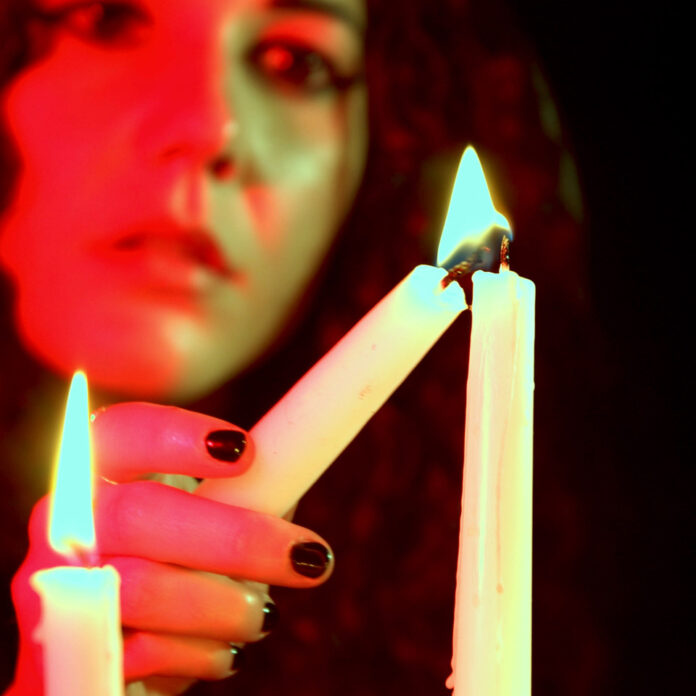 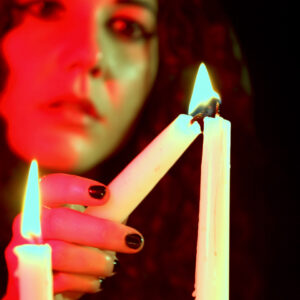 Out Now on streaming platforms

Auld Spells return with new single Sweet Disease which is their tenth song since their formation in Edinburgh in 2019. Louder Than War brings you the video premiere of this slow-burning and compelling song of agonised love that will certainly appeal to fans of the Jesus And Mary Chain and Nick Cave.

Following on from Auld Spells previous song I Want You Back, which emerged through a haze of 60’s girl group inspired wall of sound, their new single Sweet Disease really tones it down with more melodramatic vibes which give more than a nod to the recent ethereal, dreamy and brooding soundscapes produced from the likes of Nick Cave and Warren Ellis.

Sweet Disease is a song about an agonised lover who cannot escape love, even one that’s poisonous, dangerous and addictive. As the surging synth leads into the piano-led melody which runs throughout, there is a real sense of hopeless desire through lines like “I’m the junkie, you’re the drug, oh I need you more than I want to” and “Without your poison I would die”. Tommy Danbury’s deep vocal tones ooze desperation set against an obsessive sensual desire. And as the song leads through into its climactic ending, rounded off by a stark piano refrain, there is certainly a hint of Bowie’s Heroes as a musical reference point.

The video has a dark and threatening mood and is drenched in scenes of satanic ritual, gothic imagery and witchcraft which perfectly encapsulate the sense of resignation within the song’s narrative. It was directed by Los Angeles-based artist Sydney Mills and is compelling viewing, and just in time for Halloween. The song fits perfectly into the band’s impressive body of work to date which displays an eclectic mix of ragged guitars, psychedelic grooves, mellowed out dream pop, reverb, and stripped back folk.

As for the immediate future, the band are currently working on more material, and we can expect at least one more song to emerge before the end of 2021. But just as important is the focus on returning to live performance with the prospect of some gigs in Scotland and hopefully much further afield.

Sweet Disease merely re-affirms Auld Spells as a band very much at the top of my watch list.

You can buy the song here or stream it here.