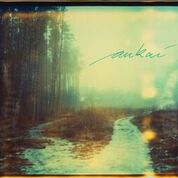 Having spent part of the ’90s playing rock music in East Germany, Markus Sieber then moved between Colorado and Mexico during his travels before settling in Berlin to record the self-titled album with Martyn Heyne (Nils Frahm, Efterklang, Peter Broderick) at Lichte Studio. The travels Sieber embarked upon are the vital ingredient in this pleasing album as throughout its running time there are various folk inflections from all traditions with Latin being the most prominent.

What makes Aukai fly is not just the musicianship that is on display, even though we are given a masterclass in various guitar playing styles and atmospheric strings, but also the spaces that Sieber places into the songs structures. It is these spaces that make the songs Alto Paraiso and Colours of Dawn truly sing. They allow us to take stock of each passage and let the notes settle within the psyche giving us full permission to paint our own pictures.

Aukai never lets songs outstays their welcome allowing just enough time to get to know the artist and his intentions. With songs like Last Day, which is seeped in melancholy but also manages to inject optimism, and Aqua Azul (whose frantic foundations threaten to tumble into the void at any moment but never does) Sieber has created a work that provokes much thought and inspires the imagination.

The overall feeling one gets from the album is one of a emotional battle between the hectic and the serene (much like one feels when traveling) with neither side dominating the other. It is a rich and sometimes foreboding listen which sometimes threatens to turn to the insidious but always keeping us with one step in the light.

An interesting album and an artist well worth keeping your eyes and ears on.