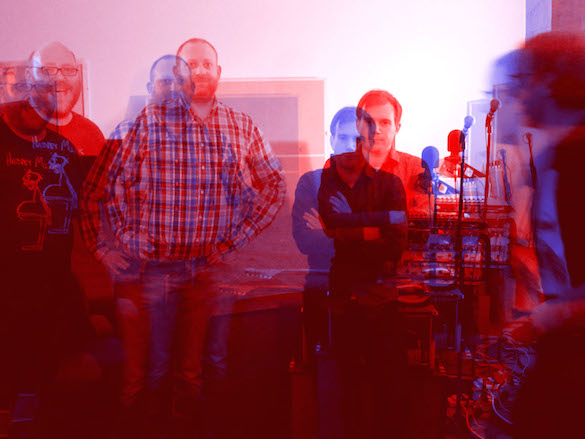 Self-styled Leeds “agro-party punks” Broken Arm have just announced that their debut album, Life Is Short, is to be released on 15th September via Gringo Records / Art For Blind and today we’re thrilled to be able to premiere for you the first track off it, Guilty Conscience, which is a snarling, grungey beast of a track reminiscent of Leeds contemporaries such as Pulled Apart By Horses, That Fucking Tank and Eagulls. More details about the album below, along with the all important pre-order link.

There are certain labels one just knows one can trust. Label’s whose previous output has never missed a beat, whose artists one knows one’s going to like even before one hears anything by them. It takes years to reach a point like this cuz we’re wary are us music fans. One example of a contemporary label who’re on the road to reaching such status are Gringo Records, home of Hookworms and Cold Pumas. So when we got wind that they were putting a record out by a band called Broken Arm we immediately took note. And when we then found out that said band hail from Leeds, home to an increasing number of brilliant modern day bands who were initially introduced to us with similar words to those used to describe Broken Arm – that is as noiseniks whose heritage harks back to include the best punk and hardcore (the names Pulled Apart By Horses, That Fucking Tank and Eagulls immediately come to mind) – we knew we were going to be in for a treat when we listened to the track we’d been sent as an early taster off the new album. And we weren’t wrong.

Broken Arm have been honing their craft for a long time. Six years it’s taken them to reach the point where they can announce the release of their debut album, an album described as “grooving noise rock, filth and disillusionment.” The first track off it backs that statement up – it’s got the guts of a sweet, catchy post-punk number and sports some fine guitar work all overlaid with, dare I say it, a certain grungeyness. The whole is reminiscent of some of your favourite American bands from that ‘decade and a bit’ spanning the early to mid 80s and the mid to late 90s.

The album is a split release between Gringo Records (Nottingham) and Art For Blind (Cork, nee Leeds) and will be released on vinyl and digital download only. The album was recorded in Leeds by Matt J (Hookworms, Joanna Gruesome & Mazes) at Suburban Home.

Broken Arm have these live shows lined up:

Broken Arm can be found on Twitter as @brokenarmband.