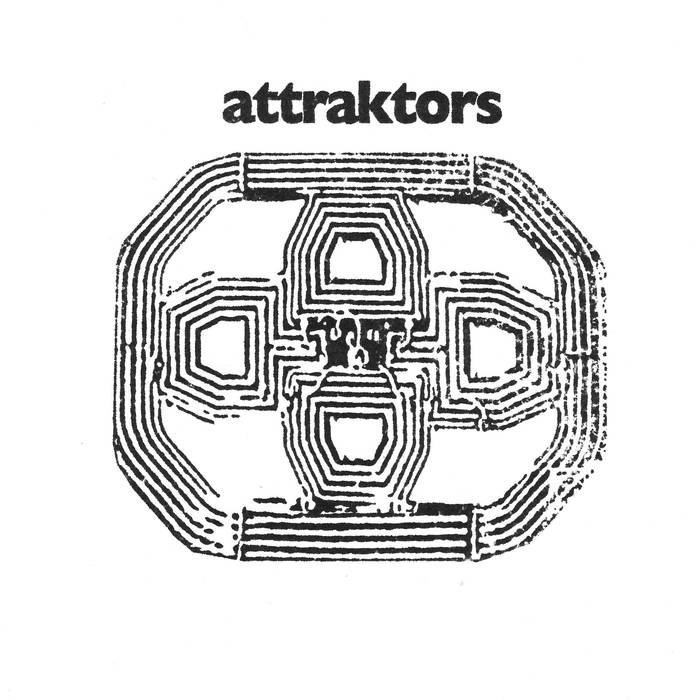 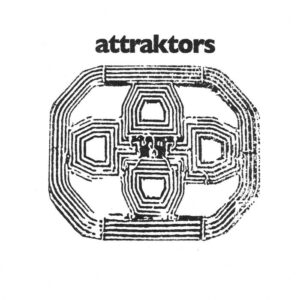 Attraktors have released an EP of brilliant Krautrock-influenced proto-punk. We suggest you give the East Midlands Kraftwork a listen.

Previous members of Six.BySeven, Bivouac, Julian Cope and The Selector have come together to form Nottingham three-piece Attraktors and with EP Future Sounds they’ve released a collection of minimalist Krautrock-influenced proto-punk.

They cite their own influences as including “Minimalism, Fripp, Eno, Marcel Duchamp, Krautrock, Proto-Punk, Soundscores, Sci-Fi, Computer Science” and all this, and so much more, can be heard across the EP’s five tracks.

The rhythms and electronic melodies, the matter-of-fact vocal shrouded in echo, all have a sparsity to them; a space between in which the listener can envisage the dust and dystopia of the imaged films these songs soundtrack. But despite this space, perhaps almost because of it, the tracks are all the richer. These are not flimsy delicate things, but wiry and tenacious.

Lead track Maximum Minimum matches detached electro beats with a playful oscillating vocal line in the chorus, a see-saw melody behind the verses. This is sliding through the vastness of space as starlight stretches in lines at the edges of your vision but it’s also a very human scene it places in front of you; derelict buildings and hopeless faces waiting for life to begin. It is as the title might suggest, a melodic reference to the infinity of the universe and finite human survival.

It sets the tone for a set of tracks which place themselves within the limits of every day reality while daring to hope for more. That are both a reference to existing genres and a progressive step toward a future sound.

More than anything this is a brilliant and highly listenable EP – cerebral yet packed with the primordial, instinctual, signals to move.

Get the Future Sounds EP from Attraktors Bandcamp page and you can find the band on Facebook and Twitter.

All words by Sarah Lay. You can find Sarah on Twitter and read her other pieces for Louder Than War in her author archive. She also provides Louder Than War’s recommended track of the week on Radio Andra’s The Rumble with Pete Darrington, tune in every Tuesday from 8pm.