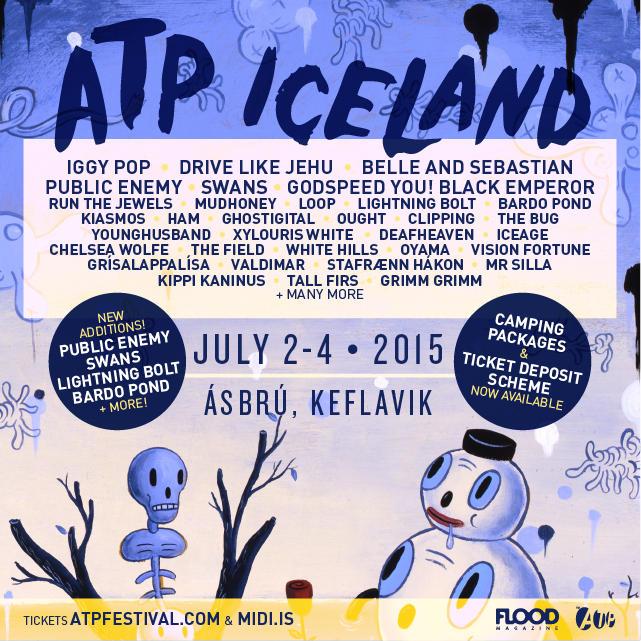 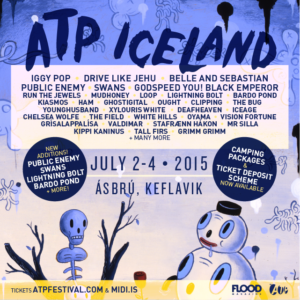 All Tomorrow’s Parties are thrilled to announce the new line-up additions for the third edition of ATP Iceland festival in 2015, held at the former US Air Force base Ásbrú in Keflavík near the nation’s capital.

ATP Iceland will be held at Ásbrú, the former NATO base in Keflavík, Iceland. The former NATO base dates back to 1941 and the last US military personnel left in 2006. The site is located only 5 minutes away from Iceland’s main international airport, 15 minutes from the famous Blue Lagoon and 30 minutes from Reykjavík. The festival site will host two indoor stages and a cinema with films picked by ATP and the bands, as well as the usual ATP extracurricular activities like DJs, Pop Quiz and much more.

Details of the curator(s) of the ever-popular cinema schedule will be announced soon, as well as info of the food & drink element of the festival that brings so much happiness to attendees each year, as they devour some Icelandic food between bands.

Due to public demand, ATP are now offering a Deposit Scheme for Weekend Tickets as well as Weekend Ticket + Bus Returns for ATP Iceland 2015. This separates your ticket purchase into two equal 50% payments, split well apart to save you putting down the full ticket amount in one go.

Through this link, you will be able to put down your 1st 50% deposit (available to purchase until April 30th 2015) on the ticket(s) you wish to buy, and on completion of your order, you will be supplied with a link containing details on completing the remaining 50% payment – please read these details carefully. 2nd payment is due by May 31st.