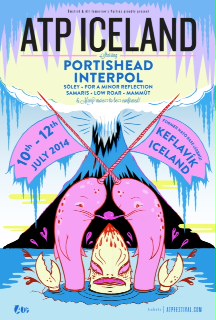 Douglas Dare @ Birthdays, London – Friday 26th May 2014″Something about the studio must have seeped into the recording because Whelm has the dark majesty and grandiosity – even when the music is quiet – of many of the bands Flood has worked with such as Depeche Mode, Sigur Ros and a-Ha; some of their windswept ambience and desolate beauty.” – The Guardian

Fresh from their performances at Jabberwocky festival the day before, Deafheaven and Chelsea Wolfe will play at Manchester’s Gorilla on August 16th.

“Imagine Yoko Ono fronting Black Sabbath. Imagine each member of the band is dressed like a member of Kiss, facepaint and all. Imagine them playing the driving motorik rhythms of Neu! or Can, but speeding them up until the whole crowd is pogoing like they do at the best punk shows” – NME