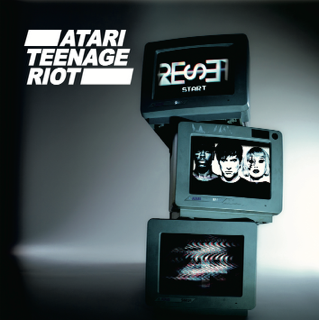 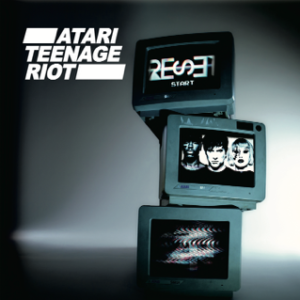 Atari Teenage Riot’s sixth album came out just over a week ago. Here, Clive Hammond reviews the album, titled Reset, which knits pounding, abrasive hardcore techno together with the most up to date and relevant of politics in a way that only ATR can.

It’s been five years since Berlin digital hardcore outfit Atari Teenage Riot exultantly returned from the electronic wasteland of Germany. Line-up changes. Limitless metallic verve advancing. A proliferating charge of ever growing noise a mainstay. The landscape they found themselves in in 2000 may have severely altered. But the inordinate force behind Europe’s most politically exacting and savage four piece refuses to wilt. Perturbed grating noise, knock-off dub beats and a mouthpiece more diplomatically involuntary than Lovefoxxx, ATR should never have left.

‘Reset’ is teeming with musical movements. ‘Modern Liars’ exemplified the fusion of the tribal glow of Brighton’s The Go! Team through its darkened global chorus after layers of intense vinyl scrapping juxtaposed its deadened analogy of technologies. ‘Transducer’ collated brash, foaming synth and distortion hazed guitars with striding sampled beats; padding out the exorbitant disorder soaking from its quivering finale. Often too many ingredients make for arduous listening. ATR’s main strength lies in elaborating to such an ear stabbing extent it’s impossible to not be moved.

Founded as an attack on the Neo-Nazi subculture, ATR’s relevance is as empowered now as it was back in 1992. The assault on a backward society continues. Some things never change.