Home Blogs At last! The Sun ditches page 3 (sort of) 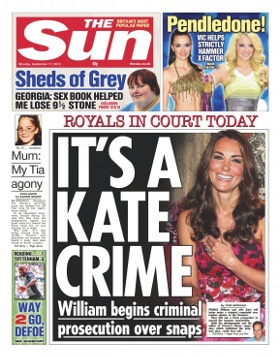 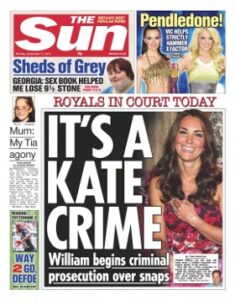 Did page 3 make the Sun a newspaper for wankers?

It only took the Sun 44 years to realise how old fashioned a bored looking girl covered in goose pimples, sat in her underpants looked. The page 3 girl was as much part and parcel of the sniggering, leering seventies culture as Jimmy Savile and hidden rooms in TV centres where presenters could relieve themselves in. It was from a time when slavering, gurning men ruled the media and hypocrisy was everywhere. Men were men and women were there to sit there half naked and reduced from human being to well, a pair of tits. And that’s it.

The move came unannounced and there is now an awkward print silence with the bare breasts being replaced by Daily Mail style scantily clad, bikini girls running around on beaches like it’s trying to water down the fix for a desperate flesh junkie- what next  a nicely knitted jumper? or even a pair of trousers? women getitng treated as equals? lets wait another 44 years…