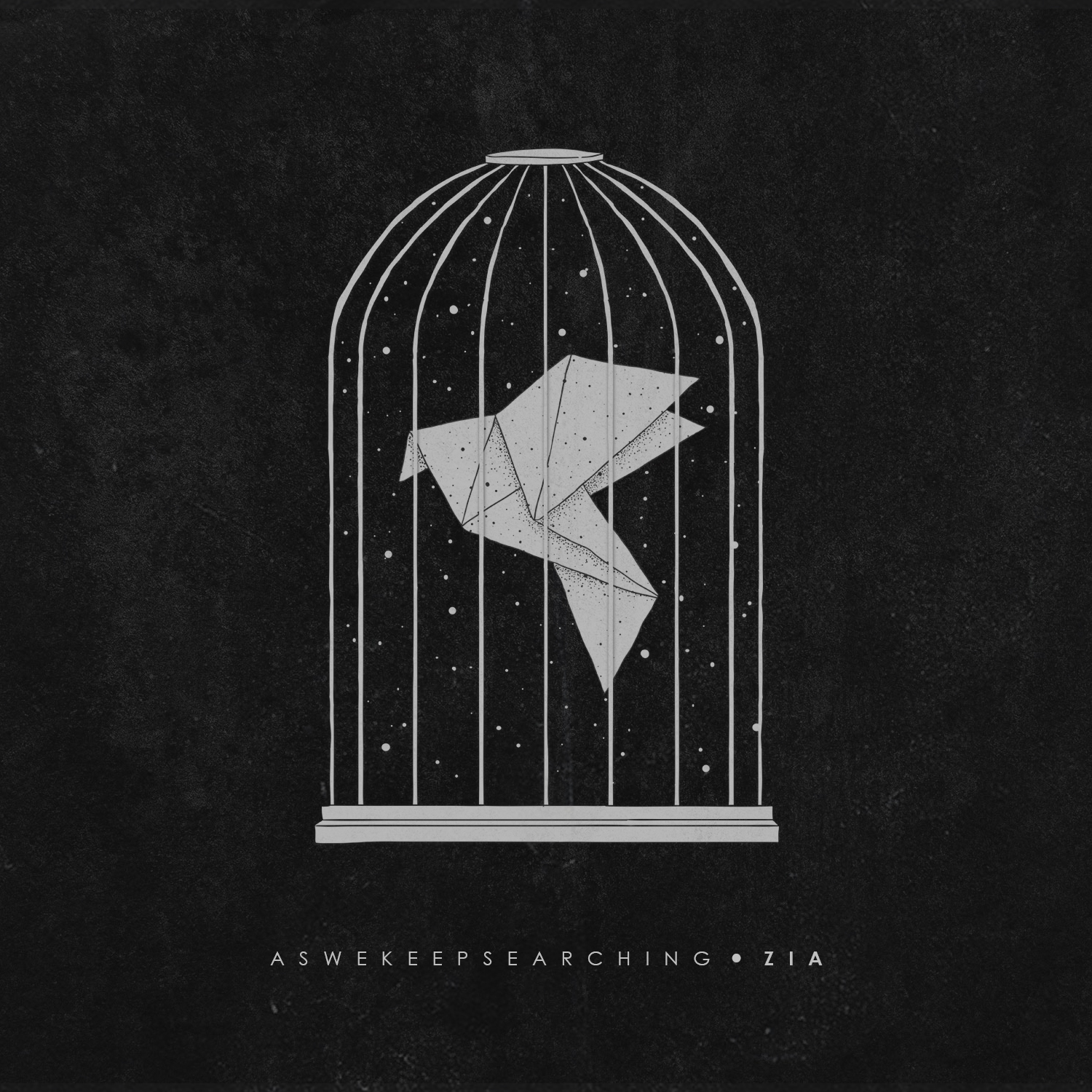 The term  ‘unique and emotionally fired’ might have been rolled out many times in the past, but maybe not in terms of describing Hindi post rock. aswekeepsearching seek a chance to live up to  the expression. Reviews Editor Mike Ainscoe takes a listen.

Mostly instrumental, partially sung in Hindi, and entirely cinematic and all-encompassing, aswekeepsearching have no qualms about proudly declaring their Indian heritage both lyrically and musically. Aside from the regulation guitar, bass and keyboards, the textures created by the tablas, sitars and the Indian modes add a touch of novelty and opportunity to add their own spin to  the post rock template where atmosphere, mood changes and dynamics are the norm.

The tone is set by the opening And Then Came Spring (although they do like to use the lower case approach – and then came spring) revolving around the gentle swirl of the guitar, keyboards and bass, that lead to the a wistful  vocal from frontman Uddipan Sarmah, before all gives way to the first of a number of climactic releases. Packed with moments represented by  the meticulously built origami bird that adorns the cover, the intricately constructed dreamy ambience and relaxed cadences represent a set which rises and falls in a smoothly evolving course.

There may be the odd influence or two making their presence felt; the band are at their most Floyd-like on the expansive Kalga, built round a drifting repetition; the strings appearing to be biding their time before erupting into an emotionally charged and uplifting vocal section with a melody to die for. Otherwise, the familiar sounds of Caspian and Sigur Ros aren’t too far from mind.

While there are moments such as Lights & Colours which in the hands of  Coldplay could easily be delivered as a stadium anthem, they explore a assortment of textures and tones, just going with the flow, running with a vibe. A fine balance between appearing to be on the one hand meticulously arranged yet having a sense of experimental improvisation about the arrangements. The pairing of the ocean wave wash of A New Solace giving way to Hope Unfolds exemplifies the approach to ensure that  the arrangements are allowed to become one paced. Ascend completes the album with a natural coda, signalling of the onset of a dusk and completing  an album that can justifiably stand up against the pick of the genre.