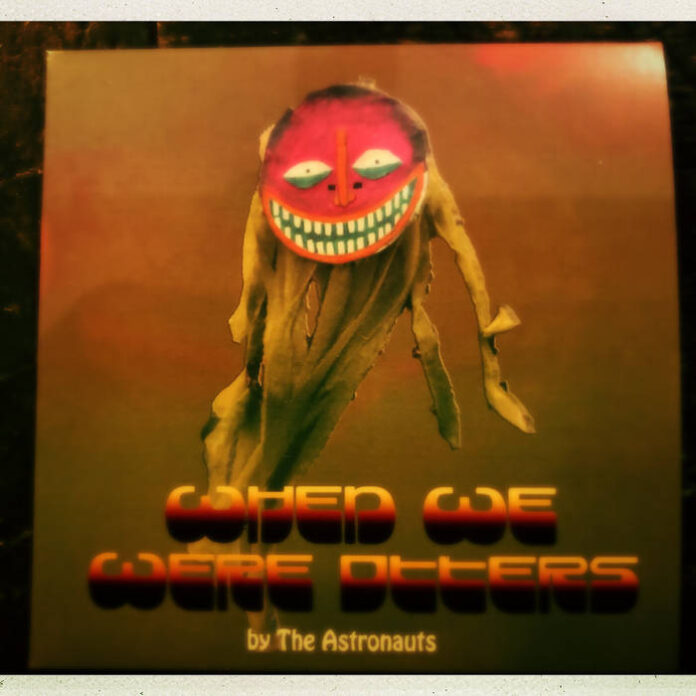 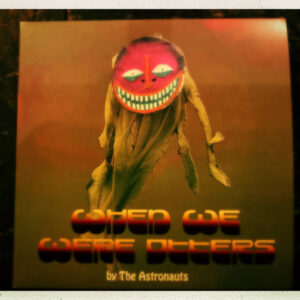 Astronauts – When We Were Otters (Grow Your Own)

The latest album by cult band The Astronauts has Nathan Brown thinking of ATV, Here and Now, Gong and even The Cardiacs.

Following on from their recent collaboration on the wonderful 12″ When You’re Not So High, Grow Your Own Records have released a new LP of tracks by The Astronauts recorded when they were working under the moniker The Otters. Alongside the tracks Heresy and High from that 12″ there are another nine songs of their jaunty, folky hippy-punk fusion with occasional dub influences. This is a proper long player at over an hour with four of the songs running between seven and ten minutes each.

The Astronauts have achieved cult status and probably deserve better than the musically illiterate musings of a lowly punk prose peddler (that’s me).  I could simply say “It’s The Astronauts, innit” and be done but I have to assume some of you have never heard or seen the bard of Welwyn Garden City.

To a degree, in the way the overdriven growling guitar toys with the bouncy bass and slappy drums, The Astronauts plunder the same soundscape as ATV. But there is so much more going on. The Astronauts are a whole festival field in one CD. Their songs often turn on a sixpence before meandering in a different musical direction. I’d even go so far as to suggest that they managed to squeeze into one song all you can hear on the What You See Is What You Are ATV split 12″ with Here and Now.

Within this overall description Man In A Box is worthy of special mention. With its jerky and change in time signatures it reminds me of Gong. Hippy punks! Similarly You, Me and The Cumulonimbus/Maria also stands out as having the sound of Dick Dale playing flamenco (and Mark dancing a “mutated fandango”).

Listen to Me, You And The Cumulonimbus/Maria by The Astronauts.

Rabbits has a choppy guitar with stops and starts then a minute in breaks out into a music hall style tune that screams Cardiacs in the way the keyboard rise and falls. On reflection there is something of music hall in the theatrics of what The Astronauts do.

No matter how good the rest of the songs are my favourite is still the sublime punk-dub Heresy, which you can read about in my review of the 12 inch.

A limited run of 100 CDs available from Grow Your Own sold out almost immediately but I am told the band will have some to sell. Try this Facebook group to track one down.