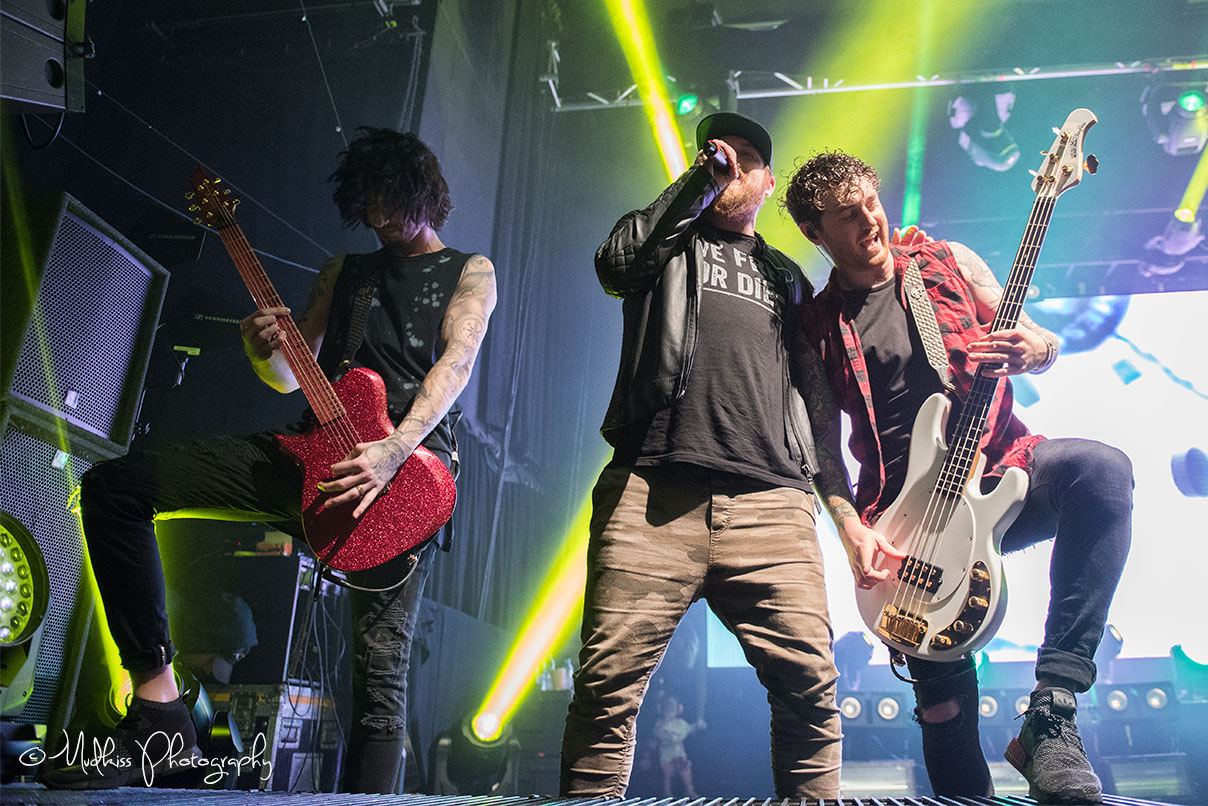 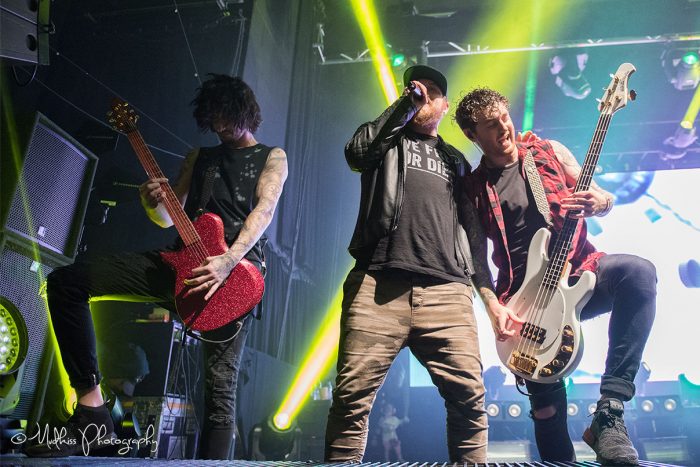 Two heavyweights of the heavy music scene are returning with new music and a new sense of vigour for a shared headline tour. Asking Alexandria and Black Veil Brides bring their Resurrection Tour to Manchester for the second date of their UK Tour; Louder Than War sent Melanie Smith (photographer)and Katie Clare (reviewer) along to see how the revival looks and sounds. 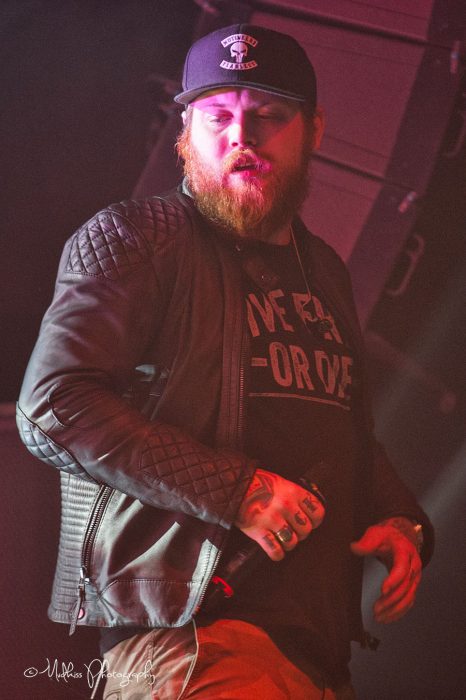 York’s Asking Alexandria have undergone some significant changes since their inception in 2006, fast forward through four studio albums to 2017; the band once again helmed by original frontman Danny Worsnop, released their self-titled fifth album. The latest album, released December 2017, once again marked a shift in style from the band’s metalcore roots. Incorporating additional anthemic rock and melodic tones as well as more considered lyrics, the album, was greeted with a mixed response. The Resurrection Tour, a co-headline affair with Black Veil Brides announcement was met with high anticipation as the dates gave fans the earliest opportunities to catch both bands new material live.

While the new album has some genuine moments, the main draw in seeing Asking Alexandria circa 2018 is indisputably down to a big wallop of nostalgia. With Worsnop’s return, lead guitarist Ben Bruces’s creative flair and the energy in which they as a band deliver their many varied versions of metalcore. How can you resist? Manchester’s date is a sold-out show, in quite possibly one of the worse venues in terms visibility and two bands with such large fan bases. Despite the Academy’s one level floor. non-descript boxiness, there is certainly a feeling of joie de vivre in the air or maybe is irritation as half the audience is still outside in the queue as the support act The Rats and Wolves are halfway through their (impressive) opening set. 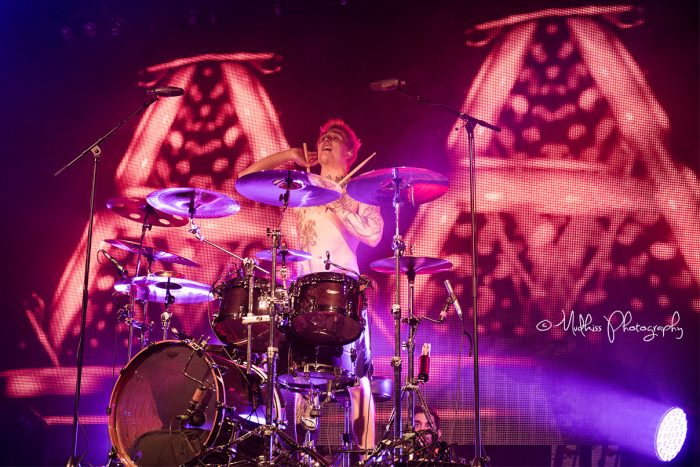 Despite being a new track, it feels perfectly fitting that they kick things off with Into the Fire a by the numbers crowd pleaser. No shade meant, I like huge swaths of the audience are happily buying into this rock star bombast. Next, they dip into From Death to Destiny with Killing You then straight into To the Stage from Reckless & Relentless; three songs in and Asking Alexandria have managed to provide an arc of songs that while maybe not being their most defining are certainly enjoyable and well-loved amongst the fans. “Its good to be back” shares Worsnop “But I ain’t gonna lie to ya. I am a little bit sassy”

The middle section of the set follows the start as the band plunge into their back (back) catalogue. Not Your Average American should have been left in the past; referring to a woman as a stupid whore is androcentric and outdated AF. Perhaps this is the ‘sassiness’ we were forewarned of? Moving on. The band returns to their latest album; easing the new tracks deftly into the set. The mood takes a turn for the calmer with Worsnop and Bruce delivering an acoustic version of Someone, Somewhere: from their sophomore studio album, Reckless And Relentless which was released in 2011. Extreme vocal-free, it could be argued this is one of the bands early stabs at something radio friendly, it is a bit of a cliché wrapped in its own indulgence; but that kind of sums up rock n roll anyhow it is a well-constructed song that’s delivered with artistry and feeling.

As the set hurtles towards the finale, the band, leans heavily on the new album with Eve, Where Did It Go? And Alone in a Room a melodic masterclass in contemplative intensity. The two-track encore Moving On and The Death of Me; are close to perfect reflections of who Asking Alexandria used to be and feeling a bit like a musical full stop on a what is now a former persona. Any damaged bridges certainly appear to have been mended and this is clearly allowing Asking Alexandria moving forward which they have and are.