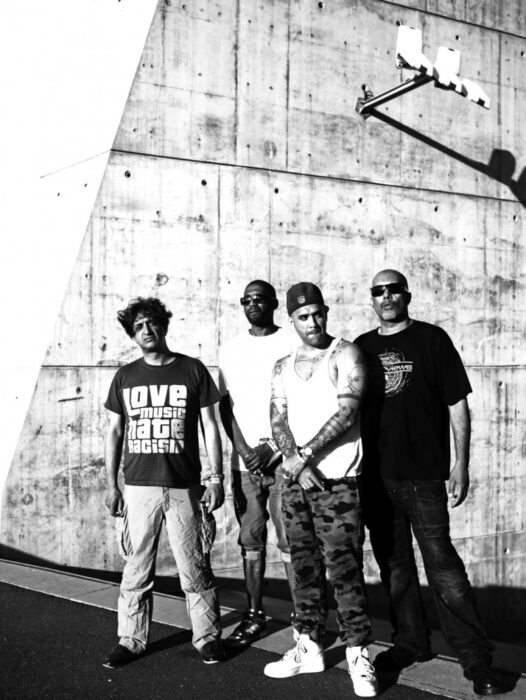 A  mighty October awaits for fans of the radical Asian Dub Foundation. Politically unrelenting and musically fascinating, they’ll be touring their THX 1138 set this month alongside releasing the second video and single from album More Signal More Noise.

Stand Up, released 30th October, is a furious track which acts as a call to action at a time where the profit of international war and the war on the working class in the UK continues to strengthen at a terrifying rate. Filmed in London after a call out by the band for fans to come and join in the din, the collective and co walk through the streets of the capital reclaiming the space.

Guitarist Steve Savale describes it as  ‘A more traditional dub-style ADF tune featuring Nathan ‘Flutebox’ Lee’s radical beatbox flute and MC Aktarvator’s state of the nation address. It was created pretty much on the spot with Adrian Sherwood.’

Unashamedly antifascist, anticapitalist and realer than ever, the groundbreaking Asian  Dub Foundation are a musical outfit who mean their music and make some of the most incredible music as a result.

Don’t miss seeing them live, we won’t be!

All words by Leema Sadia. More writing by Leema on Louder Than War can be found at her author’s archive. You can find her on twitter as @MaceWindude.