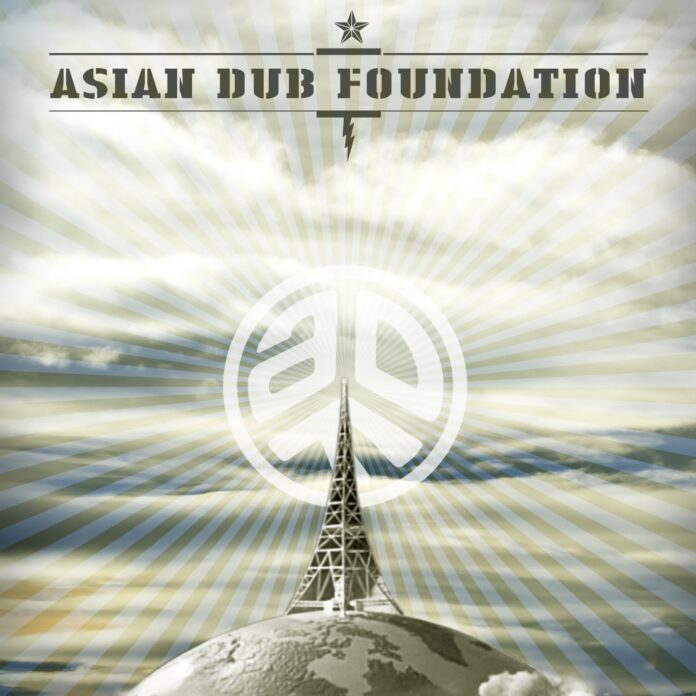 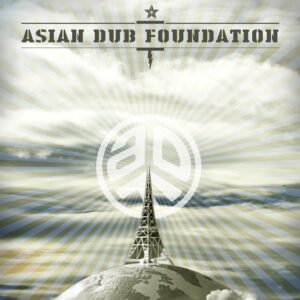 It seems an age ago since 2011s A History Of Now, but the new album from the mighty Asian Dub Foundation is finally here. Originally recorded and released in Japan as 2013s The Signal And The Noise, the album has been seriously updated and re-recorded.

The bands unique mix of (punk) rock, Bhangra, hip-hop and dub makes them sound like nobody else and the new album oozes power and aggression in a tour de force that boasts the legendary Adrian Sherwood back at the production controls. Recorded and mixed in just six days, the results are superb.

Album opener, single Zig Zag Nation proudly announced the return of ADF, with newly recruited flautist Nathan Lee a new angle is added to the band’s sound. Always political, always streetwise, each track is as worthy as the last and able to stand on its own feet.

The Signal And The Noise superbly brings a Bhangra beat to heavy guitars and fierce vocals in a tune that is hard to stop humming, whilst Radio Bubblegum featuring Ghetto Priest exclaims the downs of music marketing over another hard beat.

More Signal More Noise also contains two instrumentals amongst its eleven tracks. Each one emitting emotion and incredible feeling. Blade Ragga is a high-powered affair with racing drums, guitar and flute, Semira is a slower, lighter affair with some beautiful dubs over a flute riff and pays tribute to the Nigerian asylum-seeker Semira Adamu suffocated by police during her Belgian deportation.

A remake of 2005s road rage anthem Flyover from the Tank album sees the track brought completely up-to-date with an increased trip-hop beat, and Get Lost Bashar encompasses a chant by Ibrahim Qashoush which features throughout.

Bonus track, Dubblegum Flute Flavour draws on Radio Bubblegum with, as you’d expect a partially dubbed out instrumental version with the unmistakable touch of Sherwood.

Asian Dub Foundation are back with possibly their finest album yet. Loud, proud and jam-packed full of superbly arranged and produced tracks which will warrant several listens each time the album is played.