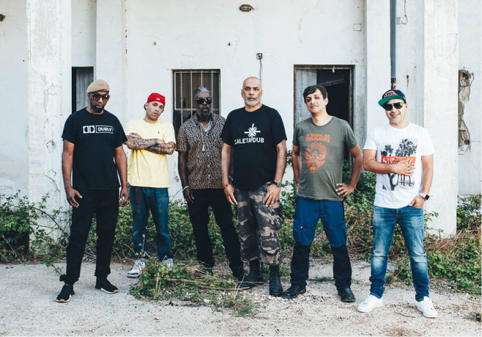 Along with the tour, Asian Dub Foundation announce the release of remastered editions of two albums – Enemy Of the Enemy and Tank, both out on 11 March via X-Ray Records. Remastered by Kevin Metcalfe, the updated deluxe versions will feature bonus tracks and be available on CD as well as 12” vinyl.

“We’re very happy that X-Ray have put together these magnificent packages, the remasters sound crisp and a lot of the subject matter is still relevant, such as the opening lines of Fortress Europe”, exclaims Steve Chandra Savale.

You can pre-order deluxe editions of Enemy Of the Enemy and Tank here.

The band will start their tour in Bristol and then continue with gigs in Manchester, Glasgow, London, Brighton. More details on the official website.