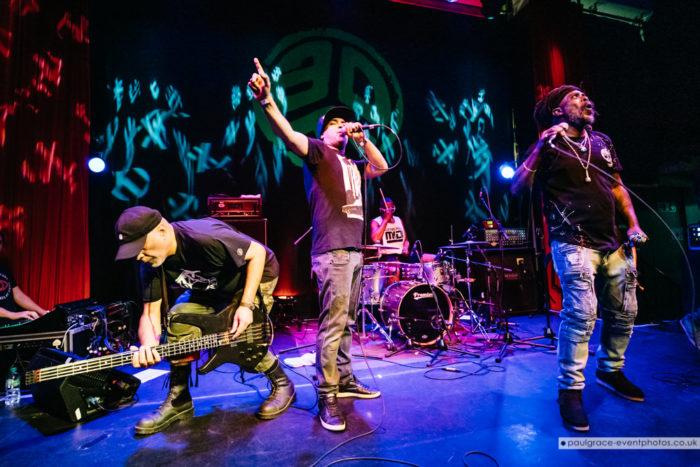 Celebrating the 21st birthday of RAFI’s Revenge, Asian Dub Foundation (ADF) rocked London’s Rich Mix Cinema and kicked nostalgia firmly up the backside. Whereas most bands commemorate the impressive milestone of a release by playing it from beginning to end live, ADF are not like ‘most bands’. Which is fitting as, despite reaching an age where the album could legally purchase alcohol in the USA, the world is still catching up with the still relevant and fresh sounding RAFI’s Revenge. Not to mention the band who wrote and recorded it.

Scanning the capacity crowd while ADF’s co-founder Pandit G revs up the audience from behind the decks as DJ, my eyes are diverted by the bright light of a projector from up above. Immediately I’m transfixed by images of political unrest and protest that engulf a large screen just above stage. The subject matter of the revolving pictures span the globe and transcend borders, races and nationalities. Together with the tunes tickling our feet, the atmosphere is inclusive, celebratory and multicultural. And, just like the band we’ve all come to see, the venue’s vibe really is London at its very best.

With the sounds of The Prodigy’s Charly blasting from the PA, ADF run to the stage. Kicking off their set with Mind Lock, Nathan Lee’s echo-laden flute takes centre stage while Dr. Das lays down a feel that both grooves and shakes the walls in equal measure via his headless Status bass. Hopping around the stage with wild abandon and adding a wall of sound from his sunburst Fender Strat, Steve Savale’s guitar treads the line between raunchily heavy and exotically trippy. By the climax of the track, vocalist Aktar Ahmed joins the fold and announces, “it’s been 21 years, can’t believe we are still here” before the band launch into Signal. Featuring rapid rapping, swinging bass and punky riffs – the track sees the arrival of Ghetto Priest into the line-up. This enigmatic character, with a shock of dreadlocks, takes over lead vocal duties on their next offering entitled Can’t Pay. This ode to financial inequalities in society showcases Savale’s hypnotic wah wah pedal work and some incredibly deft drumming.

Taking things back to their jungle punk roots, Steal merges buzz saw guitars and nostril vibrating dub bass to great effect in this track that champions the citizens of nowhere.

Exploring an even wider mix of styles, Zig Zag sees the sextet taking on a sonic signature that can best be described as ‘Jethro Tull Goes Jungle’ live. With Lee’s flute providing piercingly brilliant counter melodies throughout and a psychedelic guitar solo from Savale, this is a genre mashup that only ADF can pull off with such conviction. A similar embracing of genres and disciplines features on La Haine, one of ADF’s live soundtracks. With great vocal harmonies between Savale and Ahmed, a tabla-inspired percussion break during the dropdown and emotive noise generation from the dusty end of the guitar – La Haine is a sumptuous assault on the senses. 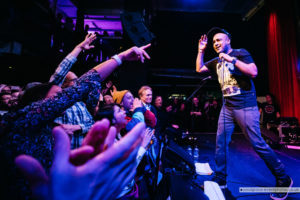 The crowd, who have been lapping up every snare hit of every jungle beat since the start of the set, become almost animalistic in their enthusiasm for the likes of Flyover, Naxalite and Fortress Europe. Although these were all big sounding releases for their time, they’ve taken on a new lease on life. And, rather than feeling like a band who are going through the motions while delivering the hits, there’s an urgency to ADF’s delivery of these audience favourites that’s infectious. Fortress Europe in particular, with its highly prescient view on immigration in 2022, feels more relevant now than when the track was originally released a decade and a half ago. Just as Pete Townshend’s “meet the new boss, same as the old boss” summarises how leadership changes bleed into one another in ‘Won’t get fooled again’, ADF’s lyrics are seemingly timeless. With one notable exception – Free Satpal. Introduced by Savale as a song ADF “haven’t played in a long time because we haven’t had to”, it focuses on freeing a man who was jailed for life for defending himself against a racially motivated attack. The tune, which helped to create awareness about the case and eventually led to the innocent subject’s release, was made all the more emotional by the arrival of Satpal Ram himself onstage. And his heartfelt thanks to the band for their support that follows receives what is undoubtedly the biggest cheer of the night.

Illustrating how he was bestowed with the nickname Flutebox, a surprising highlight of an already impressive set is Nathan Lee’s solo. Playing echo-heavy flute parts while simultaneously delivering beatbox percussion with his mouth, Lee manages to sound like a veritable one man band before the rest of his musical partners in crime join in. 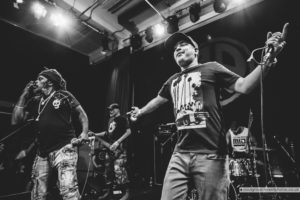 While tonight’s gig has been a celebration of RAFI’s Revenge 21 years ago, only a proportion of tonight’s set features tracks from the album. And, rather than being a walk down memory lane, the audience has been treated to a highly exciting and energetic band who continue to look to the future. Bobby Gillespie’s well publicised comment that ADF were the best live band in Britain may have been said two decades ago but it still rings true today.

ADF will be releasing a new album, provisionally entitled Access Denied, in October 2019.

Immerse yourself in all things ADF:

All photos ©Paul Grace, for more of Paul’s writing and photos go to his archive. Paul is on Facebook, tweets as @pgracephoto and his music photography website is www.paulgrace-eventphotos.co.uk