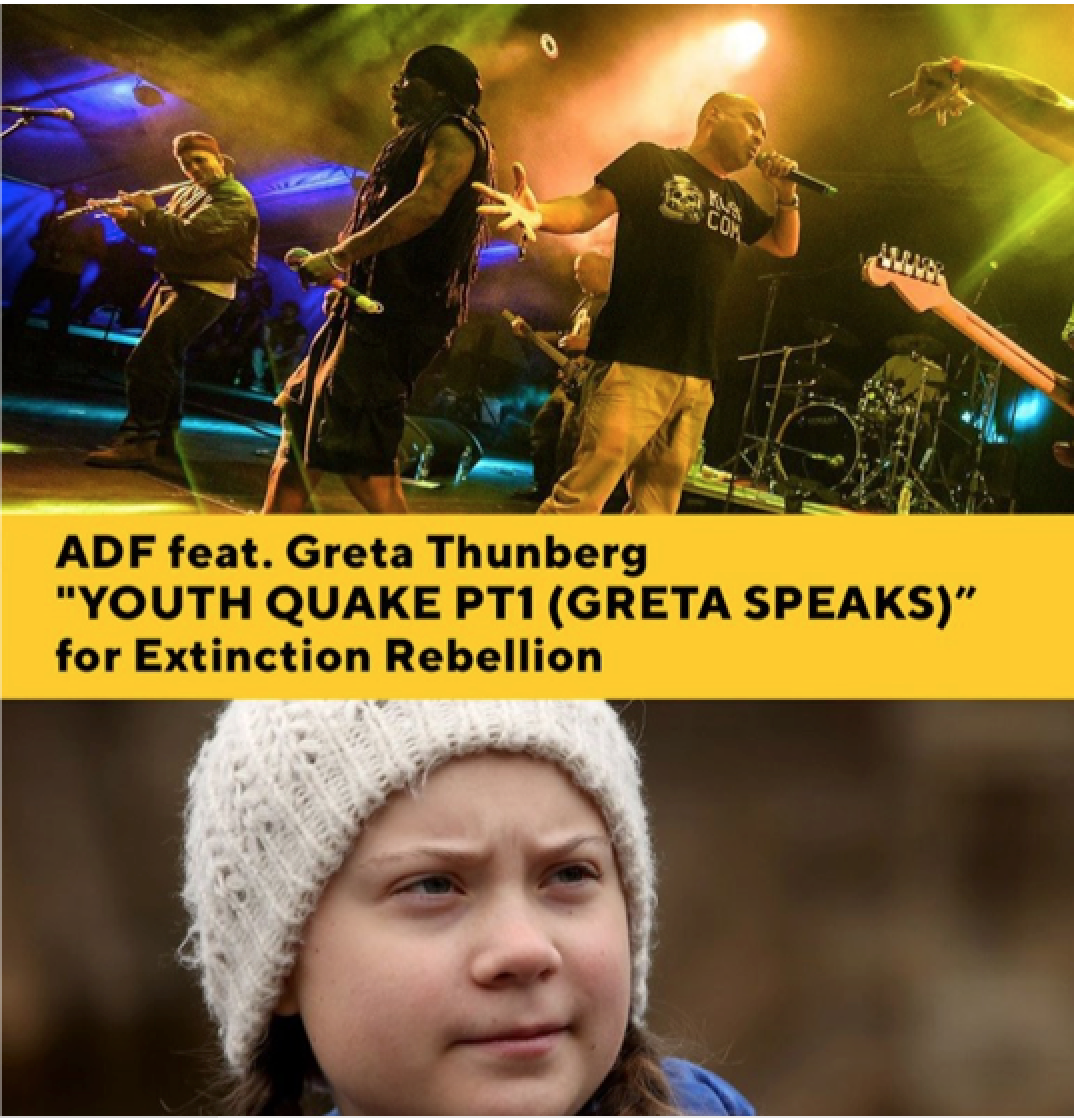 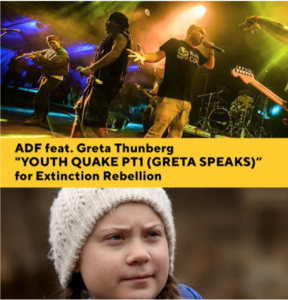 cInspired by the actions  of Extinction Rebellion  Asian Dub Foundation are calling all musicians, DJ’s, climate change activists and like minded souls to get involved and spread the word about the planet’s emergency using music as our weapon.

“We’ve put some music behind Greta Thunberg’s U.N. speech in support of Extinction Rebellion and the urgent struggle for Climate Justice. Recently she has been the subject of a lot of fawning patronisation by the chattering classes as well as some vicious , often personal attacks from the usual right-wing stooges . We hope that the tone of this track helps to maintain the core of her message in all its uncompromising clarity and militancy. Words and music together can be a powerful weapon in the fight to save our planet; let’s use them.” – Asian Dub Foundation

You can also create your own track with Greta’s speach, download it here: https://climateemergency.bandcamp.com/track/greta-thunberg-speech-at-un-climate-change-cop24-conference

The music is the message.

To purchase and stream go to: Rafi’s Revenge:http://smarturl.it/rafisrevenge21