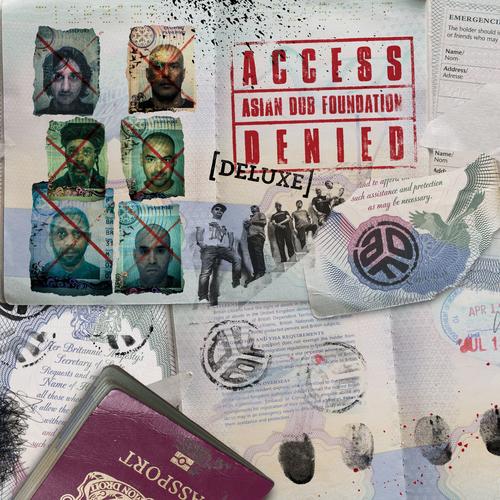 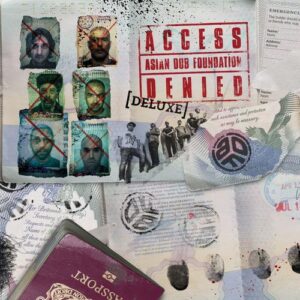 A band like Asian Dub Foundation throws up the following conundrum: are those massive sound systems (normally) put up in fields across the country in summer months done so specifically for this type of music, or is music of this style designed specifically to be blasted out, bass booming, from those massive sound systems? They’re the sort of band who might well be a few places down from being headliners at bigger festivals, but with their fusion of rock, rap and dance beats will very likely mean that on reflection, they will definitely have been a highlight of whichever festival they play at.

Around ten years ago “deluxe” editions of albums would of course have been on CD format with the additional tracks usually tagged on at the end. With vinyl now generally the physical format of choice, this brings up a minor organisational problem – to fit the bonus tracks onto the album, the running order for each side of this double LP has had to be altered a bit, so that, for example, what was the first track on Side B is now the last track on Side A – in this case, the much publicised single Coming Over Here – which will be initially slightly confusing for anyone used to the running order of the original release.

I must admit, I was not a huge fan of Coming Over Here when it was first put out at the end of 2020 as a Brexit riposte. I’m not sure if I’m really into the idea of repeating the words of racists as a form of retaliation. I suppose the idea is to hold a mirror up to people who might say such things, and Stewart Lee is mocking them for doing so. Perhaps acknowledgment is better than trying to flat out ignore the views of racists, but people who say the sorts of things that Lee repeats are, I don’t think, likely to ever change their attitudes whatever attempts are made to do so. I think I was also just not a big fan of the track in terms of its musical merits. But ADF themselves must have been happy enough with it and what it was trying to achieve. They lay it on quite thick in trying to address the issue on the album, with the cover adorned with pictures of passports and associated imagery. In a way, perhaps we’re all now experiencing the headaches that people must have to go through in order to move from abroad – the hoops that anyone has to go through just to travel anywhere at the moment are quite extraordinary – and I’ve often thought that, as a result of what’s happened in the last year, it’s as if we’ve been delivered a Brexit far harder than anyone might have imagined.

Another celeb to make a form of guest appearance is Greta Thunberg. She is a young lady who has become a bit of a figure of fun for some. You can’t fault her for her effort though. You can’t really deny that most of the things climate activists are in favour of – recycling, renewable energy etc – must be a good thing, though I am personally sceptical about whether these things can make a significant impact on the global climate, and personally I’m doubtful that it’s a cause that the youth of the world should be getting behind. But still, that didn’t stop me getting a little bit tearful during the recent documentary about Greta Thunberg – it just struck me as quite an achievement for someone so young to be trying to take on world leaders. The track in question – Youthquake Part 1 – is again for me not a highlight of the album in musical terms, but if it draws listeners to the album so that they can enjoy the better tracks on it, that can’t be a bad thing.

So aside from the two slightly gimmicky tracks, the key tracks on this album are opener Can’t Pay Won’t Pay and title track, Access Denied. For me, Access Denied, with the new mix that is one of the bonus tracks on this deluxe edition, would make a great single, and I almost wonder if instead of a re-issue of the album for record store day, they could have just put this out as a single. I think the band/record company could still consider this as a single. It contains lots of key elements: a good chorus, the rock/dance feel that sums up ADF’s sound, the flute which is a major element, and the remix has the bass turned up an extra notch or two, a bit of extra delay on the vocal, and a nice bit of extra twinkly keyboard. But, without meaning to sound cynical, perhaps they were afraid that a record without the Stewart Lee song would not sell so well?

I also quite liked the instrumental track, Realignment. New Alignment, the same tune but with a bit more oomph to it – added drums essentially – on this version of the album makes a nice opener for Side C. It flows nicely and the flute features heavily on both tracks, which, as when the flute is used on other tracks adds a sort of folky/festival feel. Not sure if having both versions is essential – they might have been better off just sticking with New Alignment, although if anything, with this deluxe version being longer, and with additional remixes, it possibly works better on this version having the two.

A small criticism is that the lyrics do sometimes have a slightly teen angst nature to them, which belies the band’s veteran status – they’ve been going since 1993. That’s not to belittle at all the issues raised within the lyrics, I just wonder if a slightly more mature approach would suit the band. The fast rapping does work, and the overall message is conveyed quite well – it’s just that it’s nothing that perhaps hasn’t been heard before. Perhaps sometimes messages need reiterating to stay on people’s minds.

Overall, musically, I would say it’s a strong record – there’s a lot going on, it’s well put together, and as mentioned, perfect festival fodder. Definitely, one to consider buying if you’re one of those people into queuing up outside a record shop for hours on Record Store Day, although I would say that if you don’t have a decent set of speakers capable of massively amplifying the bass, it may not be worth your while.