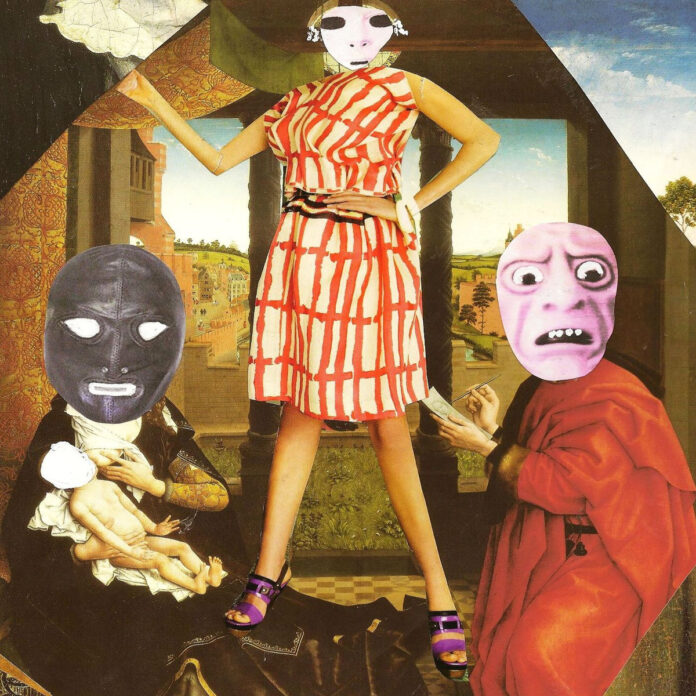 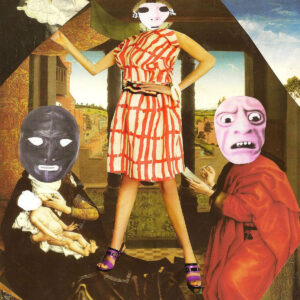 With the exception of Utah Saints, Harrogate to my knowledge hasn’t spawned many music luminaries. With Ashley Reaks, it has a potential new favourite son.

The Ramones saw him on a musical path and Crass on an artistic one forming his first band, No Reality, at the aged of 13. He’s been subjected to horrific bouts of depression and has worked as a session bass player including a contribution to the solo album of Take That’s Mark Owen. His artwork has been exhibited in Detroit and Valencia and after hearing this album, it’s easy to see the connection between his collage work and music.

Compassion Fatigue is nothing short of a triumph. Its initial interest lying in the fact that track one is exactly one minute long in the key of A, track two is two minutes in the key of B and so on, it is made special by the sheer originality and aggression on show.

Now based in London, Reaks with the help of Maria Jardardottir who provides Eastern influenced voices, has produced one of the finest albums of the year.

Often complicated and with frantic backings and melodies, the album bounds from the opening vocal loop of the title track to incredibly complex arrangements of prog-punk crashes and shouts and invariable abusive language. It stops at nothing and creates an intense and unforgettable experience.

Street Cleaning has to have one of the best ever opening lines with “Smeared in baby lotion, lizard loving loner. Crackshot with a crossbow and a crack induced boner” with its saxophone and spiraling keyboards, and Cot Death Grandmother has one of the best titles. Reggae and jazz also contribute styles to the album which does nothing else than go from strength to strength escalating in a psychopathic frenzy of initially hard listening but breathtaking density.

I suspect that listening to the album as standalone tracks won’t work, but to be honest, you wouldn’t do anything else than listen to the whole glorious thirty six minutes in one sitting anyway.

Do yourself a favour and buy this album to witness on of the most intelligent, interesting and original concepts you will ever hear from a man who often borders on genius.