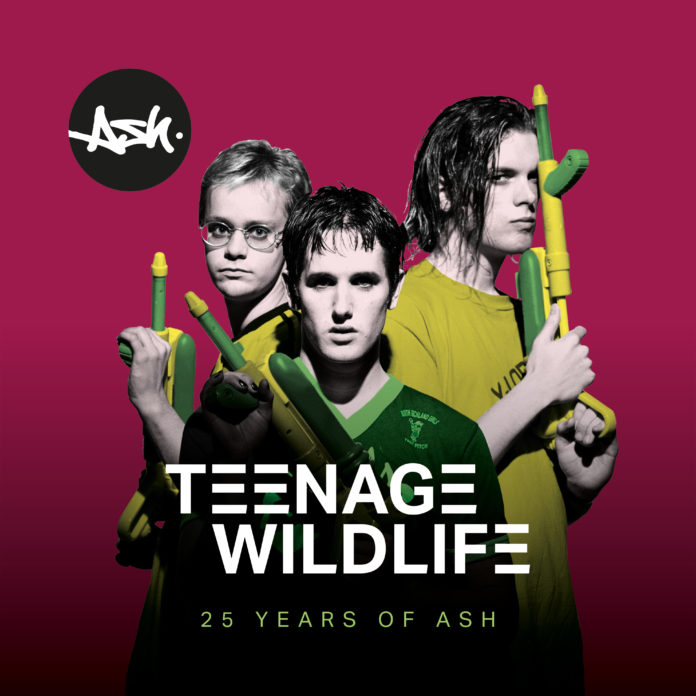 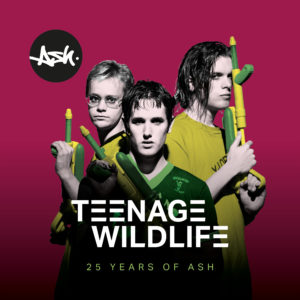 Ash celebrate their silver jubilee with a hand-picked collection of more than 50 pop-punk classics, including all the singles. They sound as good as they did 25 years ago, says Tim Cooper.

It’s quite a shock to realise a quarter of a century has elapsed since Ash burst out of high school in Northern Ireland with their effervescent punk-pop and self-described “guaranteed real teenagers” tagline. Like seeing your friends’ and relatives’ kids when they grow up to be adults.

Now not quite middle-aged, the original trio are still going strong together and 25 years seems an apt juncture to celebrate the silver anniversary of their stellar career.

It’s no disrespect to the band to say that the biggest highlights are the earliest songs: isn’t that nearly always the case? It also explains why they are – unusually for an anthology – spread out over the course of the album’s confusingly non-chronological track listing.

Consequently we don’t find their exuberant debut single Jack Names The Planets, the song that got them signed by Infectious Records back in 1994, until about two-thirds of the way through the collection’s generous 54 tracks. On the other hand, the unconventional sequencing – presumably the band’s decision too – freshens up the experience of listening to familiar tunes by putting them in a different order.

That’s to be welcomed but proves occasionally jarring, or at least surprising, not least when the punky thrash of Kung Fu, with its buzzsaw guitars and “Uh-uh-uh-oh-oh” chorus comes right after a restrained new song, Darkest Hour Of The Night. On the other hand, it means there’s no need to worry about waiting for another old favourite because, like buses, you know there’ll be another one along in a minute. 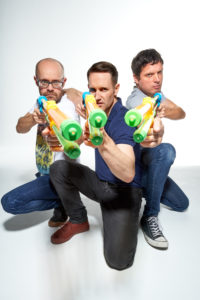 Two of Ash were still at school when they released their mini-album Trailer in 1994, containing the still-wonderful trio of Jack Names The Planets, Uncle Pat and Petrol. Two years later their debut album proper, 1977 – a nod to their inspiration in the era of Buzzcocks and Undertones – topped the charts.

They added second guitarist Charlotte Hatherley for the follow-up Nu-Clear Sounds and memorable career highlights have included closing Glastonbury in 1997, playing a historic hometown show in Belfast (though they’re actually from nearby Downpatrick) to celebrate the Northern Irish Referendum in 1998 before returning to the top of the charts with the universally acclaimed Free All Angels, and a Reading headline slot in 2001.

In all there are 18 hit singles here, including the Top Ten hits Goldfinger, Oh Yeah and the enduringly anthemic Shining Light, which earned Wheeler an Ivor Novello songwriting award; as well as the wistful, dreamy Sometimes and the recent, rather brilliant, Buzzkill – a frantic, furious return to what they always did best, featuring two of the Undertones on backing vocals – and the poignant punk ballad Annabel.

The collection (on double vinyl and CD) also comes in a limited “lenticular” (nope, me neither) three-CD set with an additional 19-track collection of rarities – Cosmic Debris Volume 2 – that includes cover versions of songs paying tribute to two of their formative influences from the Class of 77 that inspired the title of their debut album.

For no discernible musical reason (but one obvious marketing reason), Coldplay’s Chris Martin appears as a guest, gatecrashing Everybody’s Happy Nowadays, from the Shaun of the Dead film, and doesn’t on Teenage Kicks or a far less obvious cover of Carly Simon’s Coming Around Again, which can only be an improvement.

The album concludes, magnificently, with the extraordinary, experimental 16-minute Tinseltown, an extended version of the sprawling epic with a stream-of-consciousness lyric that recalls Underworld’s timeless Trainspotting anthem Born Slippy – that originally appeared as the B-side of Orpheus and as a bonus track on the Japanese release of 2004 album Meltdown.

As an added treat, the album’s inner sleeve also contains the acerbic script of a tour documentary written by the late Steven Wells, will be promoted with an extensive tour throughout Europe and Scandinavia, re-visiting many of the towns, cities and venues they have previously played over the years.

Ash promote the album with a series of record store appearances in February:

Their European tour comes to the UK in March: