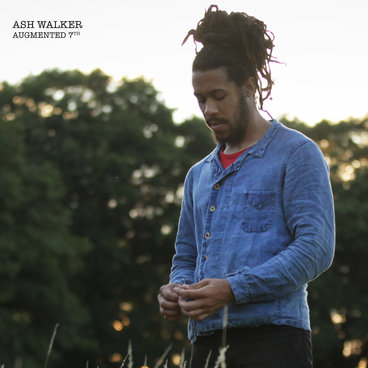 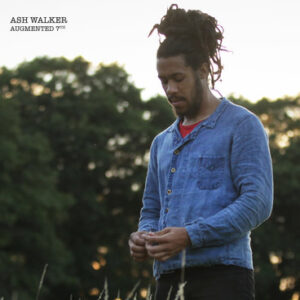 Already championed by the likes of BBC6 Music luminaries Tom Robinson, Don Letts and Gideon Coe, Ash Walker is making quite a name for himself. Quite rightly so if this debut album is anything to go by.

He seems from the evidence here to be able to adapt to almost any musical genre. Augmented 7th contains dub, reggae, jazz, trip-hop electronica, you name it it’s probably here. With the varying style it obviously makes for an intriguing album. It is, and a fine one at that.

The album opens, curiously with his Agnostic EP from earlier this year. In the same running order too before it launches into two singles Six Eight and Noodle. Cote De Boeuf is a mysterious affair full of atmosphere and carried along by a heavy bass line and some subtle dub sounds, occasional effects and echoes join the fray in an almost Egyptian sounding melody.

Bamboo Circus starts straight into a dubbed line with a reggae beat flowing throughout. With vocals from Segilola its comedic laughs and endless reverb is nothing short of delightful and is one of the many album highlights. With melodica from Nikolaj Torp Larsen of The Specials on Round The Twist the superb dubs continue in an almost Ghost Town Pt 2 effort.

His past works with the likes of Lee ‘Scratch’ Perry, David Rodigan and The Specials have obviously been big influences and his ability to craft often quite brilliant music has to be applauded. They Do Not Know Yet and Six Eight follow a jazzy feel whilst a more experimental slow and easy approach to Noodle, Long Arms and Come On Board sits nicely in the centre of the album.

The run-in to end of the album takes on a very professional and gripping take. Imagine parts of Faithless’ Sunday 8pm album and you won’t go far wrong. An Ash remix of All That You Are by Seb Samuels and Rowl is particularly reminiscent, and despite its slightly annoying replication of a crackling vinyl record, is a quite beautiful piece of work.

Album closer, Lost Cranium written and performed by Walker and the albums executive producer Zeb Samuels again keeps a mellow feel and brings everything to a satisfying end.

More Ash Walker on Soundcloud here: ash-walker-music. Ash can be followed on Twitter as @ashwalkermusic and liked on Facebook.