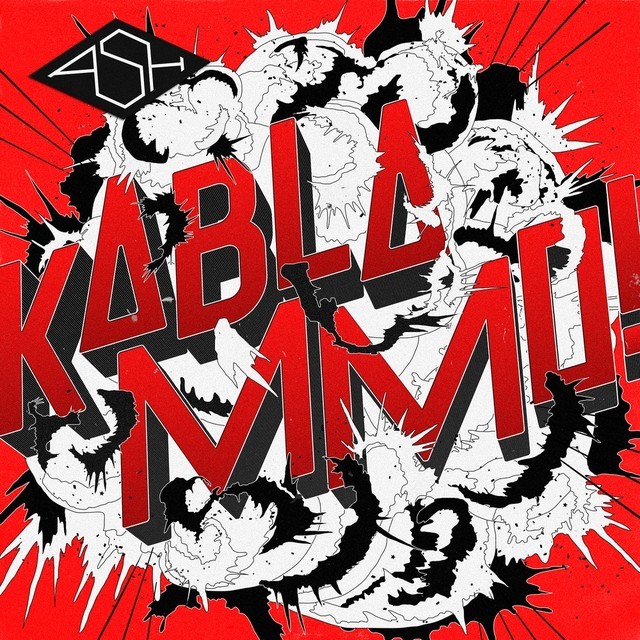 Blazing out of the blocks with two and half minutes of pure power pop, Ash made their traditional ‘Ash Wednesday’ return with ‘Cocoon’, the first single from their forthcoming studio album ‘Kablammo!’

“It’s Ash at their frenetic best” says drummer Rick McMurray “a wall of guitars and a shot of adrenaline with a sweet melodic chaser.” A clear statement of intent, ‘Cocoon’ picked up immediate radio support from BBC 6 Music and XFM and served as a bold introduction to their forthcoming album.

It’s been eight years since ‘Twilight Of The Innocents’, the album Ash vowed would be their last. The ensuing years saw the band embark on the ambitious A-Z singles series and its accompanying A-Z tour taking them from Aldershot to Zennor. The decision to put the album format to one side allowed Ash to explore a different dynamic to their sound across 26 tracks released over a year.

“A-Z was a great exercise in creativity and we stand by our choice to do it but we still love the album format. Stepping away from it for eight years has given us a new found love for the format and it’s been really exciting to get back to thinking about music in that way again”.

On ‘Kablammo!’ they set out to capture the live essence of Ash, the closest sonic predecessor being 2004’s ‘Meltdown’, they say, with the songwriting of the ‘Free All Angels’ singles. “We’ve stripped away the electronic overtones of the A-Z series and made a streamlined blazing guitar record.”

“On every song you can hear what makes this band tick, our beating (atomic) heart. It’s a visceral expression of what has driven us since 1992. Passion, melody and Ash.”

The title itself – ‘Kablammo!’ – sums up the excitement Ash felt “to be in a room together making new music. You can hear that on every song.” And this renewed enthusiasm for playing together is writ large over the album’s 12 tracks, the ‘in your face’ quality” which has made Ash one of the UK’s best -loved bands.

‘Free’ and ‘Moondust’ provide two of the album’s most anthemic moments.

“In the pool of half remembered dreams,” Tim Wheeler laments on ‘Free’. “How long have I been submerged in sleep?”, his soaring falsetto echoing above an impatient chug of guitars, a cry to cutting loose replete with an achingly emotive guitar solo.

‘Moondust’ captivates hearts with sweet pattering keys and the mournful grace of a string section, building to a mighty crescendo, Wheeler’s star -gazing broken heart lifted to the skies, “When you come home, will you stay for good?”

It’s not all sky-high calls and midnight falls, ‘Shutdown’ takes us back to the trio’s roots. Its scrappy, teenage punk spirit sprinting hand in hand with a sweet ‘90s nostalgia and a three-line chorus destined to raise your pint into the air.Elsewhere, ‘Dispatch’ rides a college rock wave. Wah-oos and guitar dips that explode into a head-crashing power-chord shred, all the while bumping up to hooks so big we’re singing along before we know all the words.

“We’ve finally bridged the gap between our live show and the recording” the band say “Kablammo!’ is the proof.”

Ash will showcase songs from Kablammo! at dates around the UK in June including a sold out Scala on June 11th Tickets are on sale now: