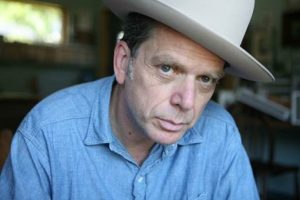 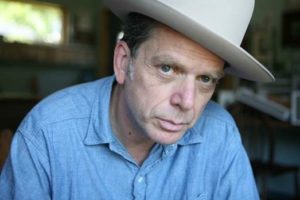 Everyone’s favourite funky-country-hiphop troubadour, Jeb Loy Nichols is set to return with a new album, Country Hustle. In the run-up to the release he has opened up his unique collection of visual art. Louder Than War’s Paul Scott-Bates catches up with the man and grabs a few words. 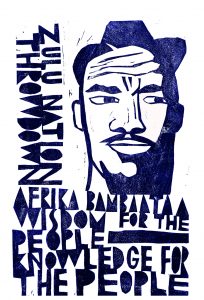 “In 2004 I had an exhibition called The Ghost Yard. It was a collection of portraits from my time in New York in the late 70s and early 80s. The Ghost Yard was a park in the south Bronx where Afrika Bambaataa used to DJ. I went to several parties there and loved both the music and the DIY atmosphere. This was a world that was inventing itself outside mainstream America. This was brand new. They weren’t chasing money or fame or chart success, they were creating a culture. The portrait of Bambaataa is from this exhibition, as are the portraits of Kurtis Blow and Kool Moe Dee. Kool Moe Dee was in one of my favourite rap groups, Treacherous Three, a group I saw several times.” 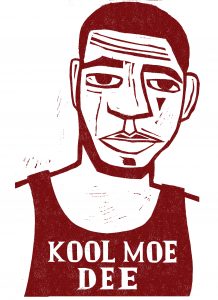 “I did the two prints All I Have Is Nothing and Don’t Get Rich around the same time. I wanted to make a print that was direct and straightforward. That looked the way certain country songs sounded. Pure and uncluttered. Twenty years ago I moved to the Welsh hills in order to be poor, to be left alone, to be outside the crush of consumerism, and these prints sum that up.” 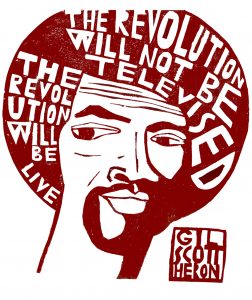 “The Gil Scott Heron portrait was one of the first portraits I did. He was, and continues to be, a huge influence on me. His politics, his music, his writing; his refusal to be a mainstream celebrity. He always seemed to be about more than that. He was an artist and therefore of less importance than the art that he created.”

“The Last Time I went To Town and I Always Felt Forgotten There were two prints from a book that was published in 2007 entitled I Need You To Tell Me Something Different. The book was a way for me to talk about my life in the country. I was trying to create a new pastoralism, an art based in the country that looked forward, not backward.” 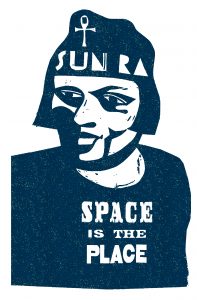 “Sun Ra was, for me, one of the three or four most important musicians in the 20th century. With Hank Williams, James Brown and Curtis Mayfield he has made me what I am. Both as a visual artist and a musician. I once saw him in New York when he played a weeks residency at The Squat Theatre on 23rd Street. I went five times and each time was a revelation. One of the best weeks of my life.”