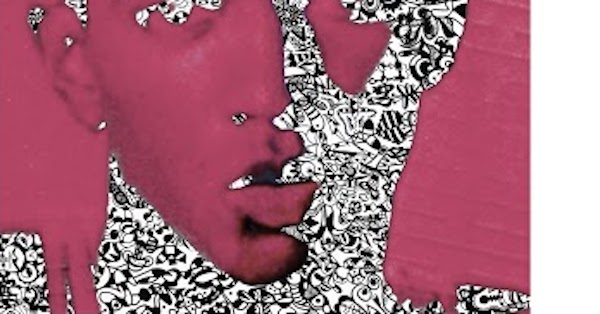 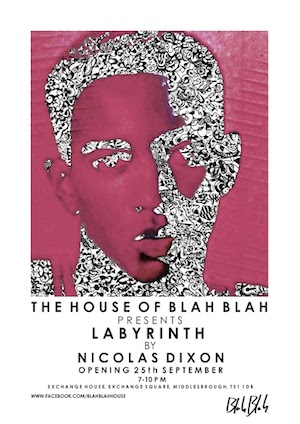 Nicolas Dixon, who previously featured in Louder Than War with his last exhibition at Outlaws / Leeds, is back with Labyrinth, this time showcasing his work at the contemporary art gallery The House of Blah Blah in Middlesbrough. The run starts on Thursday 25th of September and there’s a Facebook event page for those wishing to attend.

Nicolas Dixon’s arrival as one of the most exciting working artists in the UK is the result of a Homeric journey spanning the globe, a journey of love, loss and self discovery.

The self-taught artist and self-described contemporary abstract colorist began his creative voyage in his home town of Leeds where he successfully pursued a career as a DJ and producer. This pursuit led Dixon to Thailand where he played to crowds in their thousands during a two year residency at the infamous Kho Pha Ngan’s Full Moon Party. This is was where Dixon met his love and early inspiration, Claudia.

Dixon abandoned his music industry dreams and followed his heart, leading him to Germany and, eventually, to paint.

Fast-forward 12 months and Dixon found himself back in Leeds, with his career in music gone and his relationship over. It was another 12 years before artist and future collaborator Mikey Brain, encouraged him to resume exhibiting. Rolling the dice, he premiered a collection of 20 paintings. Over half sold on the opening night. He has since gone on to show his work to huge acclaim in New York, France and Ibiza, while receiving commissions from global brand Pacha and Dixon’s work is now held in private collections worldwide and The House of Blah Blah are proud to stage his latest and most exciting show to date – Labyrinth. 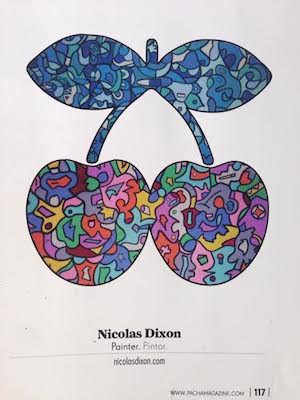 The House of Blah Blah is a contemporary art gallery and studio complex founded by award winning artists Bobby Benjamin and Keren Pearson. The gallery, which sits in the heart of Middlesbrough’s Victorian quarter, is situated on the site of the town’s old Post Office, turning a piece of local history into a landmark of the area’s bright creative future.

As well as showcasing the work of the most important and exciting National and International artists in the main gallery, The House of Blah Blah also provides several unique, on-site, exhibition/event spaces including The Warehouse and The Ballroom, 10 artists studios, a library and an archive.
It is the aim of Bobby and Keren to establish The House of Blah Blah as an epicentre of creativity and a must-see gallery with a growing influence within the Northern art scene by bringing together art, music, film and fashion to create a central networking point for creatives and by giving support, guidance and a crucial platform to the next generation of Northern talent.

Image below from – The City Talking. 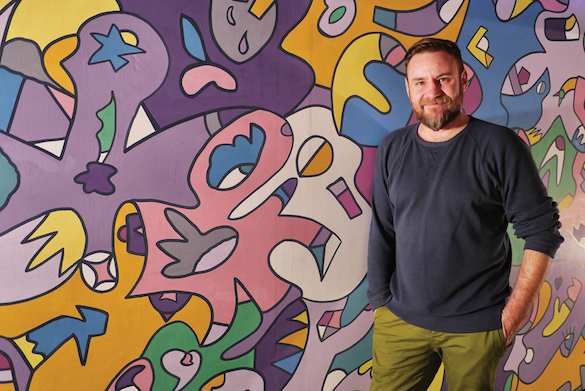 For all news & info on Nicolas Dixon go to his website: nicolasdixon.co.uk