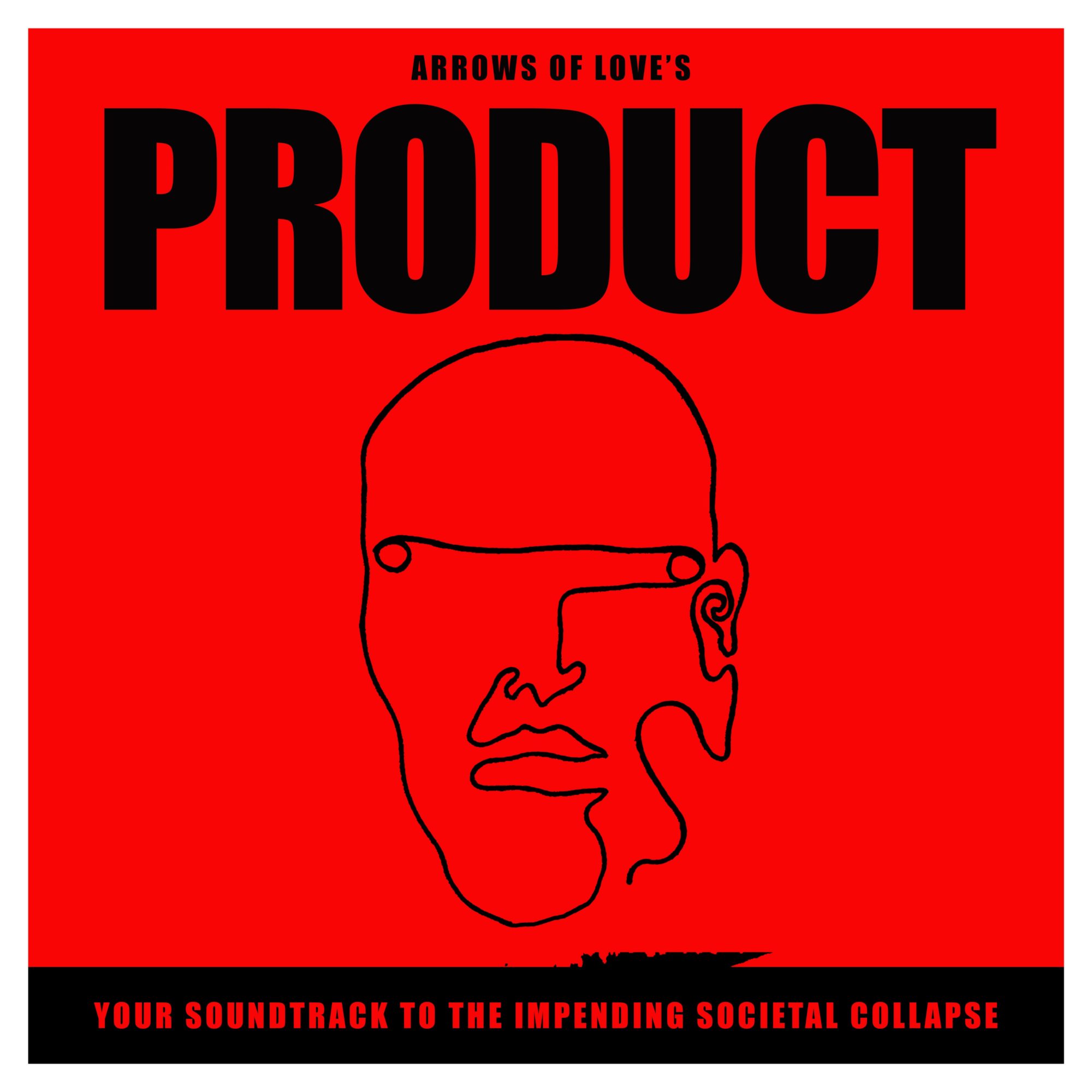 Albums of Love: PRODUCT (I’m Not From London Records)

In 2017 it is very easy to comment on every single artistic release as a response to Trump/Brexit/Tory rule (delete as applicable). It’s as if glorious howls of dissent or protest didn’t exist before these events. As soon as an artist reveals a piece that can be construed as being an act of protest the box goes around them and the label is stuck on the top ready for filing away with the rest of those protest singers (“too many protest singers/not enough protest songs”).

On first listen you could easily jump to the conclusion that this is an album that is speaking directly to those affected by recent world events. Lyrics such as Signal’s “idiot’s ruined it for the rest of us” are obvious right? Wrong! PRODUCT is not an album that acts as a response but as a narrative on every part of what goes into being an adult in the modern world. To label it as pure post-Brexit protest (surely we’ll see that section in a record shop soon) would be lazy and would be doing this remarkable album a disservice. PRODUCT is an album that wallows in the grime and the dirt. It smothers your whole being in cacophony and feedback but within the main pulse of the album you can find melody and moments of serene introspection. It is an album that is to be taken as a whole so you can fully appreciate its desire and intent.

Over the course of its eleven tracks, PRODUCT manages to take every element from alternative guitar culture and create a unique and vital new voice. Whereas on first listen you may hear references to other bands after fully submitting yourself to its message the references become blurred and distance and what is left is an album of pulverizing beauty and succinct storytelling and it is the latter that really makes this album shine. Songs like Beast and Parts That Make The (W) Hole are as vivid in their description of the human existence as anything other famed writers such as Jarvis Cocker or Robert Smith have created in the past. PRODUCT is kitchen sink drama told by someone whose kitchen and entire house was being destroyed by a hurricane. Love and lust are themes that continuously occur throughout and not just by the lyrics themselves but also the music itself which can get deep into the sleaze and intense passion of first-time physical relationships before it peels back and exposes a fragile heart. This is best displayed on Desire which is a opus that shreds and heals with soaring noise leveled out with moments of genteel beauty.

With their second album, Arrows of Love have managed to balance the dynamics of life and contain it with eleven songs of raw passion, sweat-grime love and the minutiae of everyday life in 2017. All of existence’s ups and downs are within making this one of the most extreme and extremely enjoyable albums of the year.