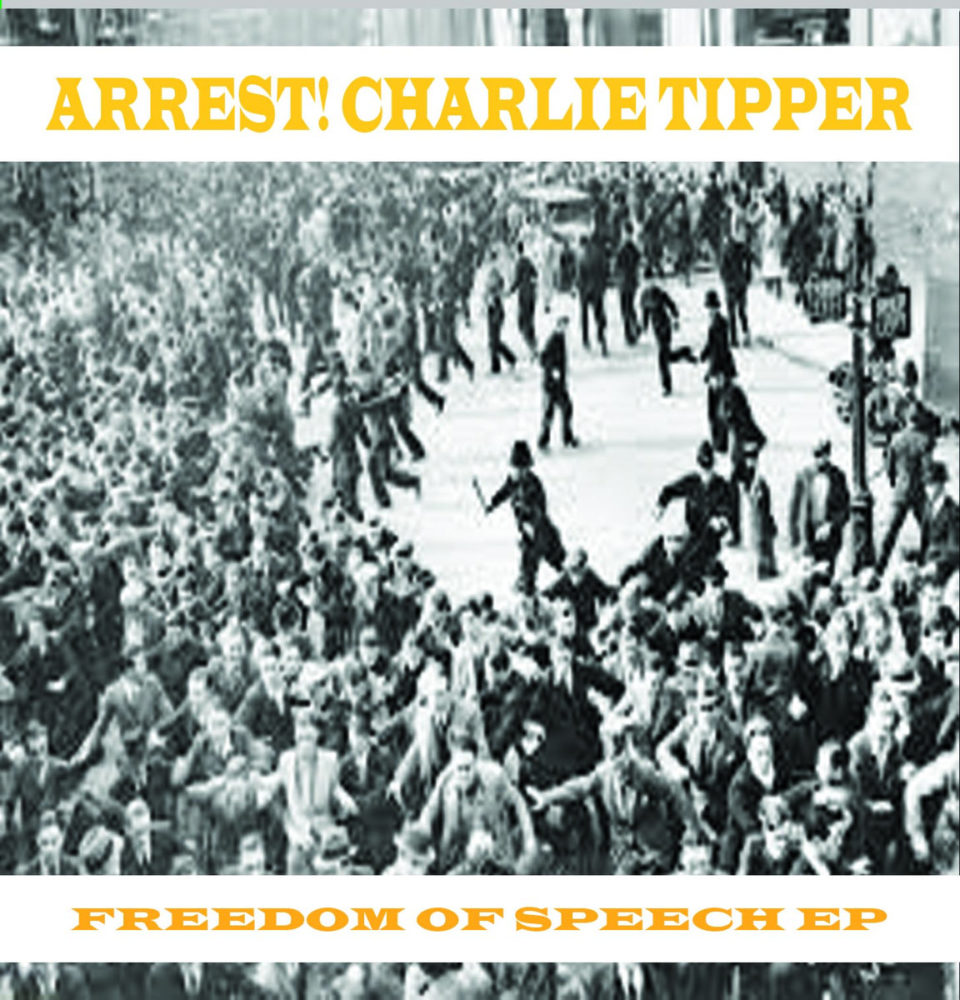 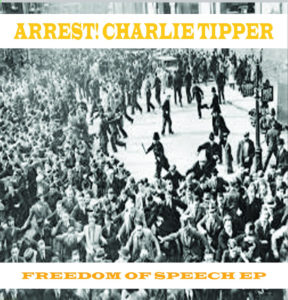 1st single of 2019 for Arrest! Charlie Tipper is an out an out political statement in support of the band’s commitment to the Pop! Not Hate campaign, which aims to raise funds to help in the fight against the rise of the far-right in the UK.

That is the complete lyric. It says it all.

Teardrop Explodes style trumpet and a cyclical psych feel – it’s a great song and a much needed anthem.

When ‘mild-mannered’, ‘middle-aged’ musicians feel the need to write a song like this, and organise a grass-roots campaign , then you know that it’s not for fun or profit or to improve their ‘media profile’, it’s because they feel it’s necessary – and because they have to try to do ‘something’…

The Charlie Tipper band are a pretty ordinary group of old-school Left-leaning ‘indie’ musicians not militant protest punks.. but like a lot of people are sick of the bullshit being touted by pseudo-politicians and hatemongers.

It is by sheer coincidence that Freedom of Speech comes out at the same time Morrissey and his pin-badge have caused waves among the Indie Community.  Moz even using his statement of  24 May 2019 to call for, without a shred of irony, ‘the prosperity of free speech’.   With Spillers refusing to stock his music and Merseyrail removing his posters many of his old fanbase have turned their back on him.

Singer with Arrest Charlie Tipper Tim speaks for a lot of people when he says, ‘ Was once a big fan, can’t listen to him any more’.

The reason being that Morrissey cannot seem to understand the fact that: Freedom of Speech doesn’t mean freedom to spread hatred.  Cue music.

In addition to the main song there is a Moog-heavy instrumental version and a cover of the Pauline Murray & The Invisible Girls song ‘Judgement Day’…. a really great song and it’s a cool, interesting version.

Plus there is another new song on the EP.

the Pop! Not Hate gigs continue…

Support comes from hardest-gigging man in town Dan O’ Farrell and his band the Difference Engine. Reviewing there latest album I said…

These Dark Ages Are Hurting All The People That We Love is a warm, kind-hearted album about love in hard times, passion and compassion.  And ‘Dan O’Farrell has an unerring ability to smuggle complex and political ideas into seemingly blithe and simple pop-songs.’

He has been previewing lots of new material online including this – also a tougher, more garage-rock sound for him.

Opening the night are the drinking mans punk-soul brothers the Flying Alexanders. 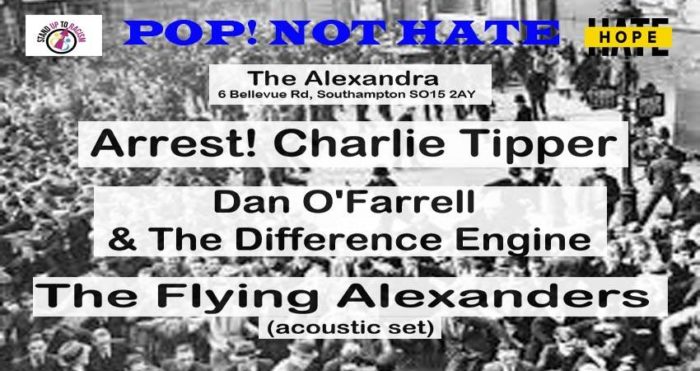 Peaness: What’s The Use – single review