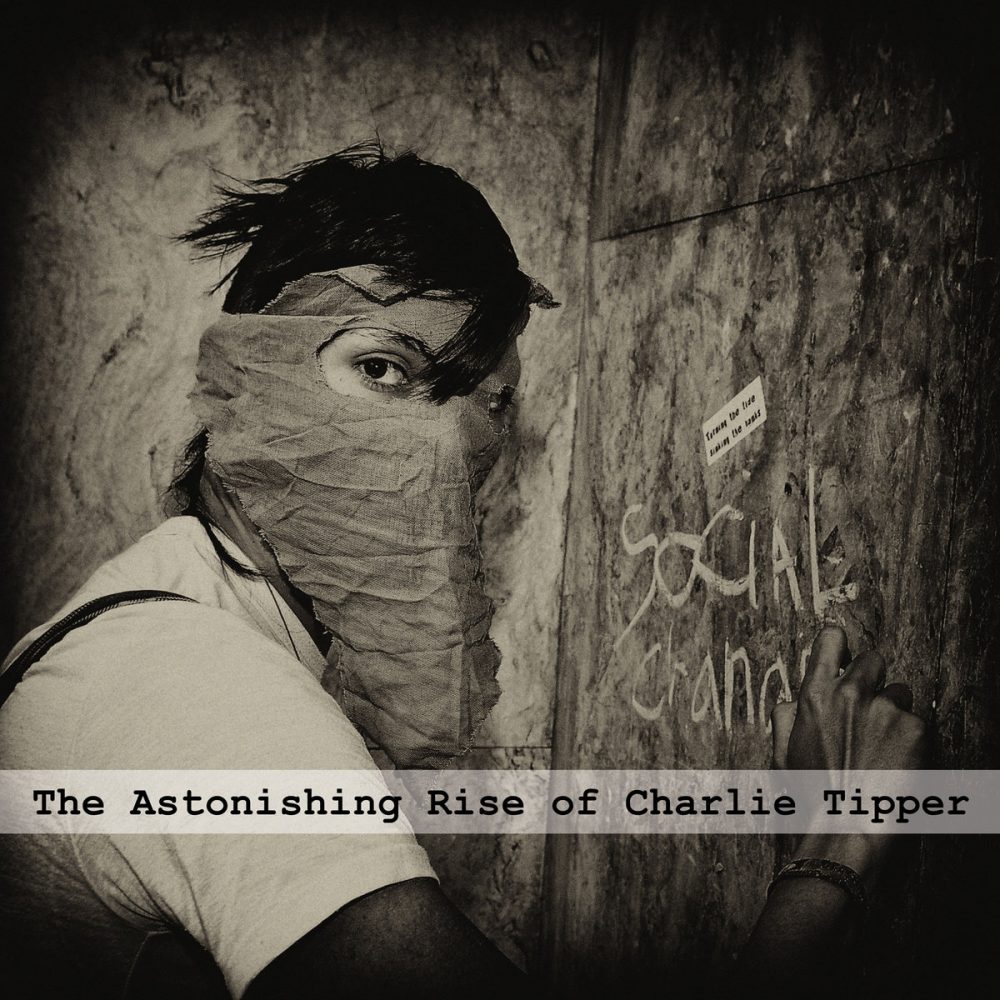 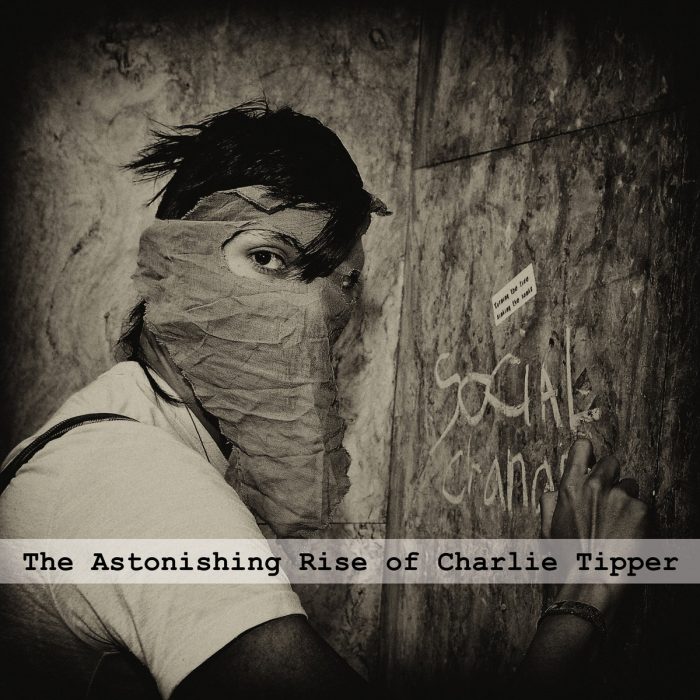 AKA the Charlie Tipper Conspiracy,  the Charlie Tipper Experiment,  Bristol-based old-school Indie veterans  release brilliant double album retrospective as well as changing there name on an annual basis.  Ged Babette is confused but impressed.  For Fans of the June Brides, the Velvet Underground, Belle and Sebastian… but a lot more besides; politics, romance and regrets

I love the cover photo. It is a powerful image. Every feminist rock band in the country are gonna wish they’d discovered it first. But the Charlie Tipper band got there first.

My favourite track on this sprawling 22 track compilation is called ‘Count Five and Tell The Truth’ and is an instrumental with dialogue from the film Billy Liar (1963 , staring Tom Courtney and Julie Christie). It’s kind of like what Public Service Broadcasting do – combine music and archive spoken word recordings.  Only they will never do it this perfectly, this simply and effectively. This emotionally.  This ‘song’ made me cry. I can’t explain ‘why’. it just did. It took me back to watching black and white movies when I was a kid and the music has the spectral feel of an acoustic Joy Division somehow. A melancholy of thwarted ambition. (It also reminds me, bizarrely,  of the beautiful Pray For Rain piece Taxi To Heaven from Alex Cox’s Sid and Nancy,

And then, there is the bands cover version of Joy Divisions Disorder. Radically different from the original- slowed down to a crawl and seven and a half minutes long.  Male and female vocals, some great trumpet-playing giving it a funereal mariachi feel. It takes a couple listens to appreciate what a great cover version it is. They make it their own, but treat the song with the respect it deserves.

(There are covers of the Triffids Wide Open Road, Elliot Smiths Speed Trials and Femme Fatale (with Helen McCookerybook) but I mention these as pointers only as the 18 original songs really are just as good…)

Bristol seems to be the place to come from and the place to be at the moment in terms of inventive underground rock.  What with the awesome Flux Capacitors, new bands like IDestroy and hidden treasures like the Transpersonals.  Former Isle of Wight garage-punk heroes Bullybones have relocated to the city and now this lot the Charlie Tipper band.    Like Spizz and Wah before them, the change their name yearly to keep things fresh and confusing. Here is the factual stuff (from their website).

This is a compilation – all tracks are taken from singles, EPs, bonus tracks and sessions – 22 songs which highlight the band’s intensely prolific nature and the variety of their output, and which stand as a companion to the first two albums, “Mellow On” (from 2015) and “Ten” (from 2016), both of which are also available from Breaking Down Recordings.

Lead singer Tim and keyboard player Rocker were both the Flatmates in the late ‘80’s, (before Tim joined the Beatnik Filmstars)  Guitarist Jon Kent was a founder member of the Groove Farm, Geoff played in the respected Harpoons, then later Rorschach and Santa Cruz.  Drummer Simon Harris played in the Dangerous Roundabouts.  Cornet player Harry (who is a lot younger than the rest of the band) has his own band The Iceman Furniss Quintet.

On the face of it Charlie Tipper have all the characteristics of the ‘shambling, twee, indie-pop’ self-limiting genre, but you soon realise that there is a a healthy streak of anti-capitalist, anti-austerity content in there.  Musically too there are a whole raft of influences from  krautrock to alt-country, artists like Stereolab, Elliott Smith, forgotten heroes like The Perfect Disaster.   Having recently reviewed both Pete Astor and the Monochrome Sets latest releases, there is an almost psychic link to their back catalogues!  Coincidence or divine intervention?  God Likes Indie-Pop  perhaps.

Charlie Tippers songs are the thing though.  There are a fair few happy/sad romantic/regretful songs about relationships, but for every two of those there is a ‘You Made Me Homeless’ – about austerity. “When you take away support from the young and the vulnerable – I hope it comes back to haunt you” or a ‘No Going Back’: “It is getting harder to make a stand. I am sorely tempted to form a protest band.”

‘There But For The Grace of God Go I’ is a delicate work of pathos and beauty, and like the whole album Harry’s cornet-playing makes it. It has a great tingly, mournful tone to it and is Charlie Tippers secret weapon which give them a distinctive edge.

‘The Way I’m Wired’ is another magnificent song which appears to be about either autism or social awkwardness of teenage years. The  spoken lyric reminiscent of the Art Objects or Blue Aeroplanes.  It is practically the opposite of ‘Showing Off to Impress The Girls’ in essence, but with a shared insight captured and articulated in song.

There is so much depth and emotional content to this double album as it covers several years worth of work by a band of outsiders and under-achievers -from a Music Biz point of view – that I can’t do it justice.   It is the sound of the so-called C86 generation reaching mid-life and reflecting what they see going on in the country and what they feel….  Pissed off, sometimes happy, sometimes sad, but always with a creative outlet.

A great band, who deserve a wider audience, and an album worth tracking down and spending some time getting to know from start to finish.

Cover photo incidentally, ‘taken by guitarist Jon at an anti-capitalist rally in Bristol’.