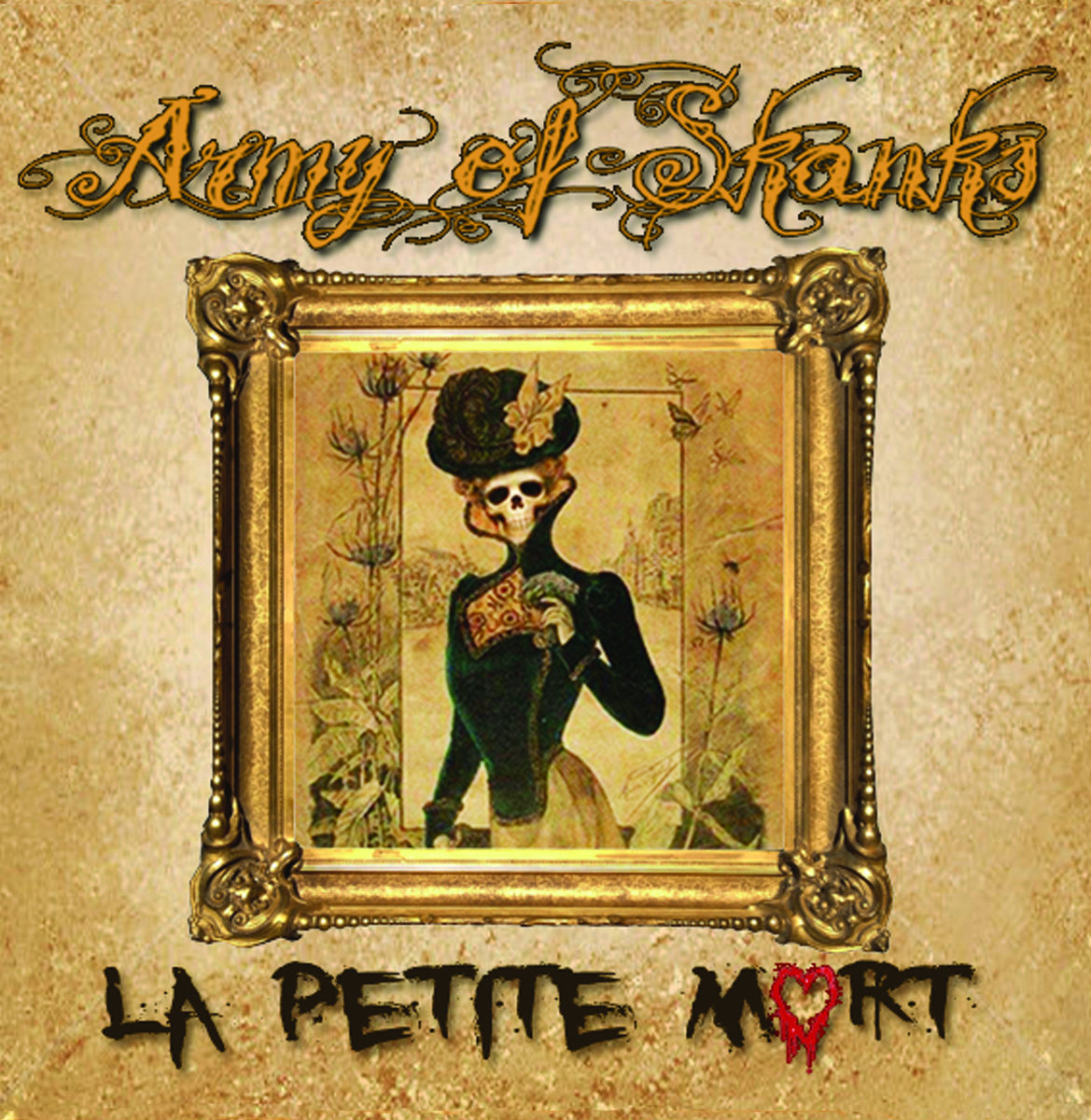 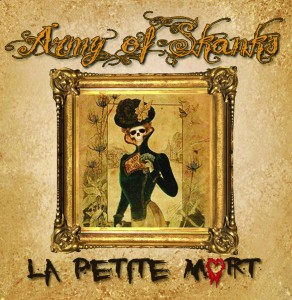 ‘La Petite Mort’ – the second album from this Coventry based 5pc who are creating quite a noise within the UK & European punk community; the album provides further proof, if any were needed as to just why the AOS are earning both critical plaudits and bookings at many of this year’s festivals.

Their own Bandcamp page describes them as “old school, punk rock outfit” – having had ‘La Petite Mort’ on rotation for the last week or so I’d suggest they update that rather self-deprecating remark for whilst Army Of Skanks clearly have their roots within ‘old school punk’ they are not adverse to flashes of innovation and evolution – this album is no punk by numbers 4 chord thrash!

‘New Age Curse’ draws upon influences from across the full spectrum of punk rock/post punk, and beyond – AOS have erased all the usual codes, references and clichés to create something unique – this is perhaps best showcased on ‘Pandora’, a twisting, bristling Spanish tinged shock to the senses, that recalls the early Banshees as the lyric rails against misogynists.

‘Avin A Larf’ is clearly somewhat tongue in cheek, 49secs of Bananarama on speed; whilst ‘Fritzl’ removes Paranoid Visions distinction of being the only band to craft a song around the nightmare Austrian basement…and to reference US activist & author Helen Keller!!

The title track closes the album, not a song as such, and something that would be more at home within a Psychic TV release, but it’s this willingness to experiment that raises AOS above the much of the wider circle of punk bands, bands that are responsible for the ‘glass ceiling’ – a ceiling that is in danger of killing the very scene they ride upon.

Army Of Skanks on this outstanding album, reveal total mastery of their art, grabbing the listeners’ attention from start to finish – drawing them into a bristling sonic landscape, meticulously and patiently built with huge riffs, powerful melodies, and hints of grand soundscapes that should cause some in the punk scene to question their rights to higher billings and presumed praise.