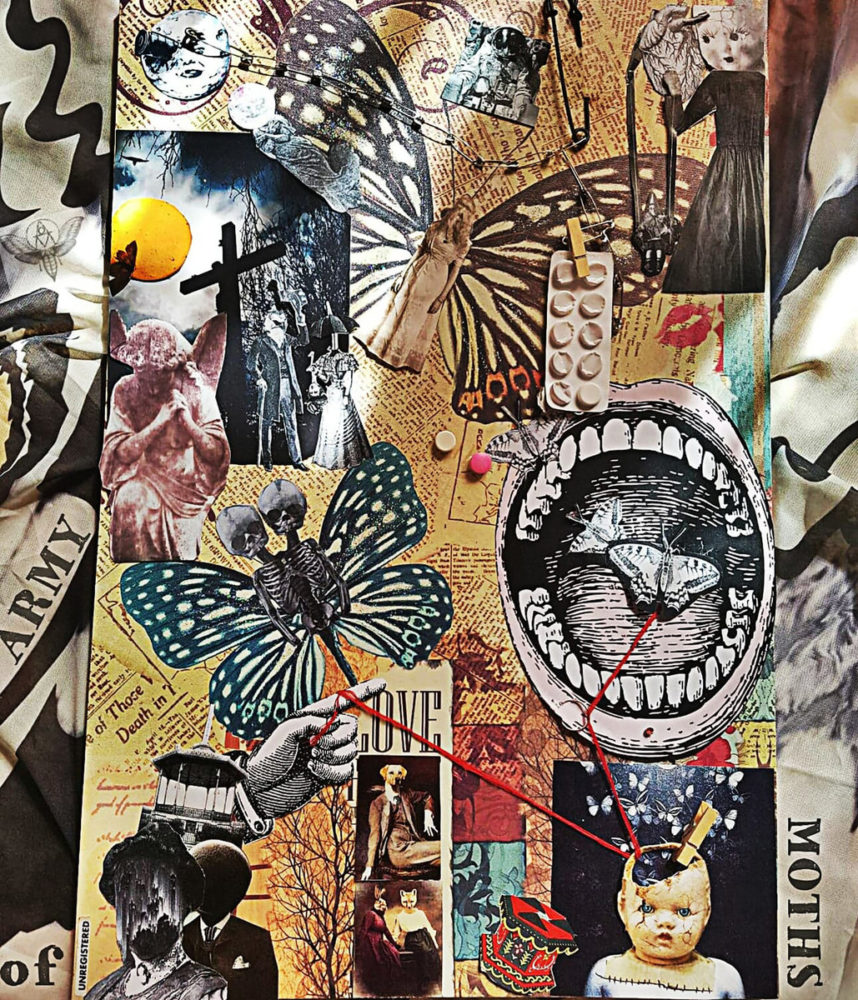 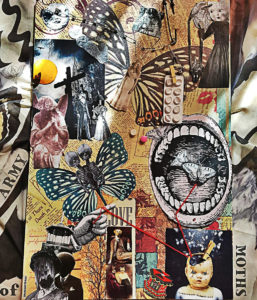 ‘Sorry to Disturb You’

Over the last few days I have been indulging in alternative/new wave outfit, Army of Moths charmingly presented D.I.Y full-length album ‘Sorry to Disturb You’ which sonically shapes itself as a delightfully experimental, intriguingly progressive, pop/ Indie rock album released the beginning of October. Their home-recorded project presents fourteen super fresh wonderfully inventive songs which feel fabulously theatrical in their nature with delightful vocal layers and harmonies to fully embroil yourself in.

Back In the summer, the band released a tantalizing single track ‘Euphoria Gloria’ which currently sits fourth amongst a musical narrative of fourteen tracks. This is a song that triumphantly and buoyantly carries itself along as one of the most infectious sounding tunes on the entire album. A deep burrowing earworm which most certainly throws a scrumptious mash of affection towards the theatrical nature of David Bowie in its vocal style, accompanied by the lyrical quirk flare and vigor of a Franz Ferdinand song which overall provides interesting measures of 70’s style rock and 90’s indie.

Within the opening track, the ghostly harmonies of ‘I see you’ gently floats down as a wonderfully ethereal vocal introduction which creates a light spacious psychedelic atmosphere that washes over the senses, providing dopamine hits in anticipation for what’s to come. The second track, the poetic, ‘Little Moth’ comes fluttering gently into the headspace then bursts with urgency and vigor into an Army of Moths anthem. It is apparent that a clear love of poetry is evident throughout this album with much emphasis projected through vocal harmony and an appreciation towards the power of words, as each song is gift wrapped into a delightful narrative that oozes quirk and charm.

Song three chugs and bellows out ‘Emily Said’ which has a core filled with thunderous rock progression, yet the framework of the song oozes a sticky pop glue which is impossible to peel away from your headspace. This song has all the rock strut of a Queen of The Stones age song combined with all the lyrical pop nuance of a Blondie track. Song five ‘Jones’ is an infectiously buoyant pop ditty which offers a vibrant tapestry of dynamic instrumentation and vocal interplay with beautifully delicate vocal harmonies, chirpy saloon-style piano, electric keys, catchy guitar, and melodic bass that most certainly binds itself as an earworm track in all its head-bobbing toe-tapping nature.

Love Sermon 1 & 2 unfurls a theatrical psychedelic head trip that is both contrastingly spacey and compressed in its vocal and instrumentation layout. This could easily be a song inspired by early ‘Faith No More’ as the track provides that grippingly soaring dynamic shift in both bitchin rock and pop accessibility, not to mention the absolute vocal quirk and sporadic instrumental structural nature of the song. A theme which runs clear throughout the entire album.

Overall this body of work provides a plethora of exuberant rock diversity alongside irresistible pop sensibility, as well as providing an exceptionally wonderful theatrical flamboyancy which brings forth an impressive array of sonic appreciations from the musical genres of Britpop to classic rock and experimental art rock. Unmistakably the album serves up masses of authentic, life-inspired lyrical content and weaves highly atmospheric, nuanced vocal and instrumental expression through the exciting exploration of musical styles and the free-spirited, expressively cathartic outlook of the band which manages to twang the heartstrings as well as offering a unique eccentric individuality to the listening experience; as well as the wonderful humor and undeniable charm of this interestingly animated new album from the wonderful Army of Moths. https://armyofmoths.com/