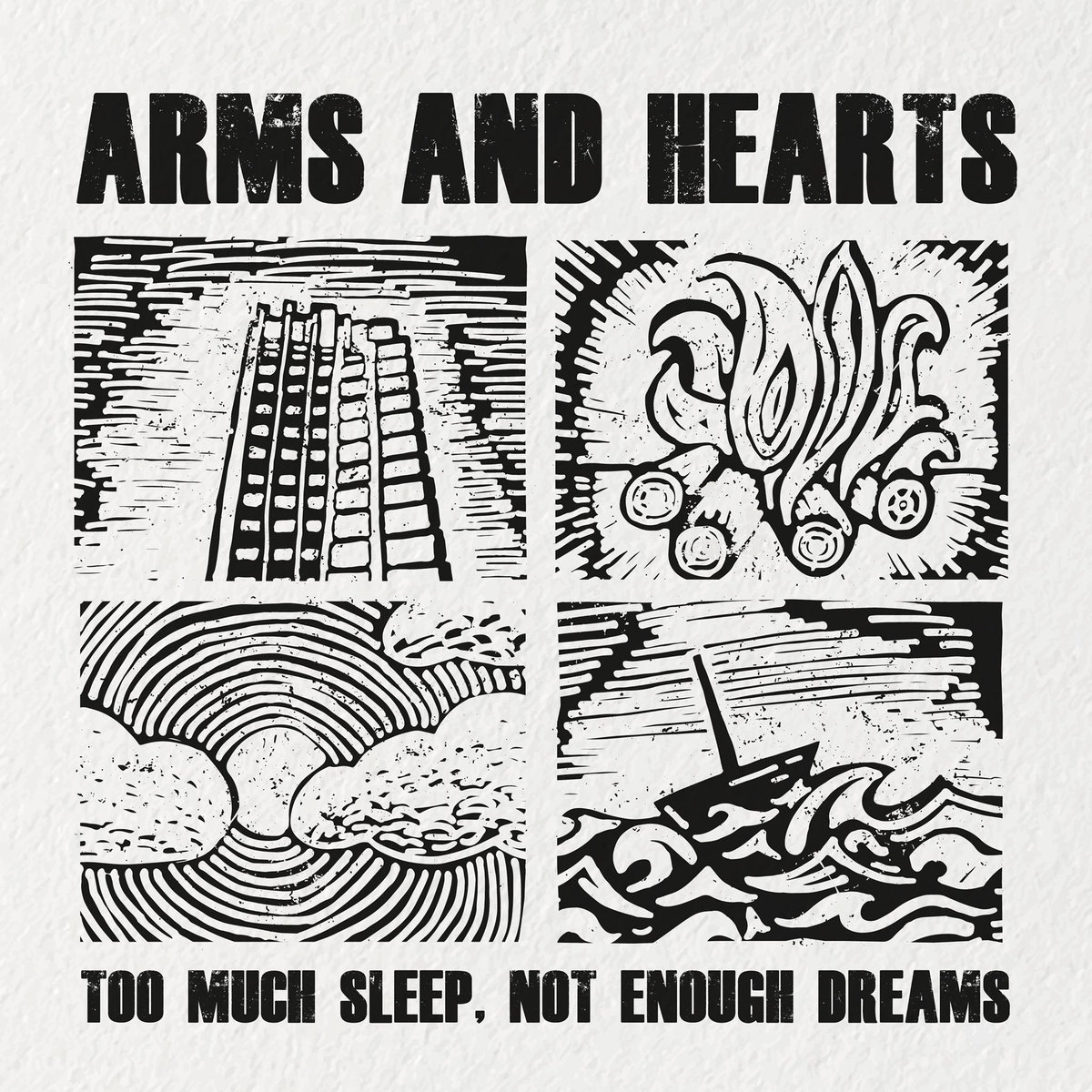 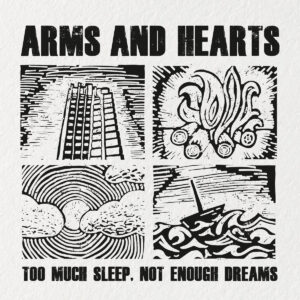 Arms & Hearts: Too Much Sleep, Not Enough Dreams

Manchester-based singer-songwriter Arms & Hearts wears his heart on his sleeve on latest EP Too Much Sleep, Not Enough Dreams.

While it feels almost impossible to go anywhere in Manchester without rubbing elbows with one of the city’s singer/songwriters, very few do little to distinguish themselves from the ever-growing masses of ‘Wonderwall’ covers and trilbies. Fortunately, there are those who manage to keep their heads above the water in what’s otherwise a sea of mediocrity.

One of which, Arms & Hearts, is no stranger to many of Manchester’s better known dive bar stages and harbours real troubadourian spirit and a weighty sense of sincerity. It’s this sincerity that forms the core of Arms & Hearts, and indeed, his most recent EP, Too Much Sleep, Not Enough Dreams.

Fittingly, Too Much Sleep… is four tracks of heart-on-the-sleeve folk punk that’s more Dave Hause than Frank Turner, forgoing the bombast of the latter in favour of the transatlantic, blue-collar earnestness of the former. It’s an earnestness that belies the young years of Arms & Hearts, allowing the themes of depression and anxiety, of place and placelessness, to manifest wholly without ever feeling overwrought or on the nose,

Perhaps most interesting, is that it’s a record of two distinct personalities. The first tracks, Racketeers and Embers, possess a quiet confidence as they tackle ideas of growing up and moving on, and the fear of wasting one’s youth. The latter half however, feels more considered and somewhat introspective; a cathartic and perhaps even voyeuristic experience that seems Arms & Hearts laying himself bare, and exercising his demons at the same time as spreading the message that is okay to feel like this – you aren’t alone.

That four tracks manage to convey such emotion and meaning proves a testament to the song writing ability of Arms & Hearts. And while Manchester undoubtedly has a plethora of blokes with acoustic guitars vying for your attention, you could do worse than spending some time unravelling the nuances of Too Much Sleep, Not Enough Dreams. Much worse.

More from Arms & Hearts can be found on his Bandcamp, Facebook, and he tweets as: @Armsandhearts1.