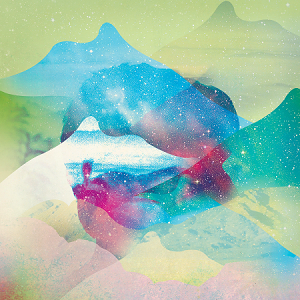 As the year slowly draws to a close I am reminded of the importance of not compiling your ‘best of’ lists until the last possible moment. Released at the end of October and only just being brought to my attention, Arms And Sleepers have released an album that should surely be right up there by the time the bearded man in the red onesie slides down the chimney.

Falling somewhere between ambient and trip-hop, the duo of Max Lewis and Mirza Ramic, originally hailing from Maine, collate eleven tracks on Swim Team which are crammed into thirty-five gorgeous minutes. Taking slow synthesized melodies and nestling somewhere between Lemon Jelly and early Moby they add short, sharp soundbytes which are cut-up and re-arranged until totally indecipherable.

Simple, opulent textures overlap involved beats and subtle melodies which implant seeds before expanding into fully blown masterpieces in the head. Most of the tracks using an effective bass line as a root, they evolve into multi-layered compositions quickly and successfully.

Even as soon as opener Unbound, you’re hooked. The slow faded-in electro burble with steady percussion gives way to dark retro synth before the aforementioned vocal snippets come into a play. There’s a simple hook which then blends the whole concoction together wonderfully.

The broken voices are clever, as they create a mask over the album of instrumentals whereby at first the voicelessness goes unnoticed. They create an air of mystique due to being part syllables and almost make up an extra instrument in themselves.

The title track maybe has recordings of children’s voices in the swimming pool as the simulated click and clack of a vinyl album enter the fray at the close. It’s all very inventive stuff. Tiger Tempo evolves from murmur to melody and Ghost Loop should be prescribed as today’s sedative.

Sumptuous, plush and dazzling, Swim Team is a quite brilliant album.