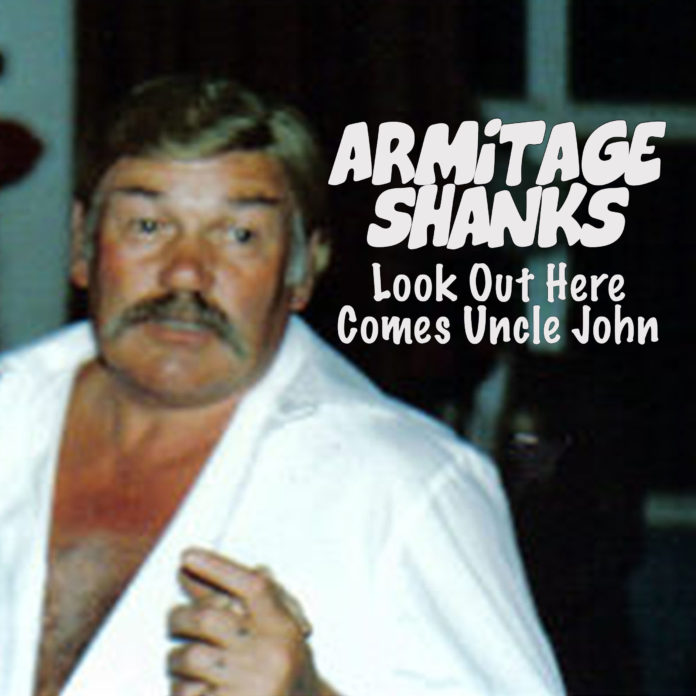 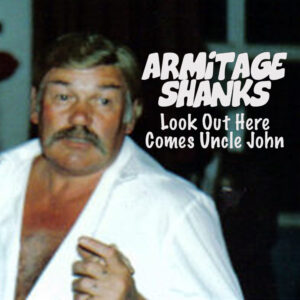 When people talk about ‘Garage Punk’ there is only one band who spring to my mind and that is Armitage Shanks.   Not because they fit the Wikipedia definition of the “Fusion Genre” – but because they actually sound like they are playing punk rock in a garage on most of their records.

The Shanks were, and still are, Clown princes of the Medway scene,  Billy Childish’s cheeky-monkey nephews, and the best/worst, keep-the-engine-running, garage band the UK has ever regurgitated (aside from Wild Billys combos obviously).

Legend has it that ‘Dick Scum’ was the Headcoats van-driver.  At one time the band included Liam Watson from Toe-Rag Studios and ‘throughout the years, Armitage Shanks has included musicians from Thee Headcoats, The Cannibals, The Dentists, Subway Sect, The Milkshakes, Ye Nuns, The Daggermen, CTMF, The Television Personalities and The White Stripes in their ranks, with the current line-up being the longest lasting and greatest’.

So, by way of a factually inaccurate potted history here are… Ten Reasons Why Armitage Shanks are the Greatest British Garage Punk Rock Band Ever!

Billy Childish produced, wrote and sang on their 1993 debut – a blatant rip-off of Buzzcocks ‘Fast Cars’ with a guitar-sound like a frying-pan in a tin-dustbin falling down a flight of stairs and Childish’s frightening piece of method acting as he asks ‘ Do you want some fuckin’ shirts off or what!?’

Whingeing Little Shitbag,  Primary School Punk, Carry On Up Your Khyber.  Grow Up (She Said),  Sorted For Tea & Bics …. oh and a million others!  No-one writes songs like them any more…

You always see the Shanks in a white shirt/black tie/pressed slacks combo.  None of your t-shirt and jeans nonsense.  A smart band for dumb people!

Named after a lavatory maker, perhaps not surprisingly all of their albums are variations on the theme – from Takin’ The Piss, to Urinal Heap, Taking in the wonderful, but a bit of a mouthful – Never Mind The Ballcocks – You Hum It…We’ll Smash Yer Face In.

… are a Shanks speciality – the 1997 Vinyl Japan album ‘Sing And Play Twenty Punk Hits Of The Seventies’ – is a veritable treasure trove of fabled classics from every single Roxy/Vortex band who mattered – I’m talking the Nips, Killjoys, Moped -but there are Clash, Damned and Sham numbers too!  They are rendered as rough and raw as yer like though – just the way nature intended.

Us fellows of a certain age enjoy the band for their love of Seventies humour, from Eric & Ern to Bernard Manning who are referenced and all the other cultural icons from the decade who crop up in their songs from Alf Ramsey to Jack Regan.

Drowning Not Waving is a neat play on Stevie Smiths poem Not Waving But Drowning and one of the bands most sensitive and poignant songs – proving they are good songwriters and not just a boy-band for bell-ends.  I love the way Dick shyly dedicates this rendition to his wife, the soppy arse. And then, an out-of-tune guitar-solo effs-up a beautiful song! 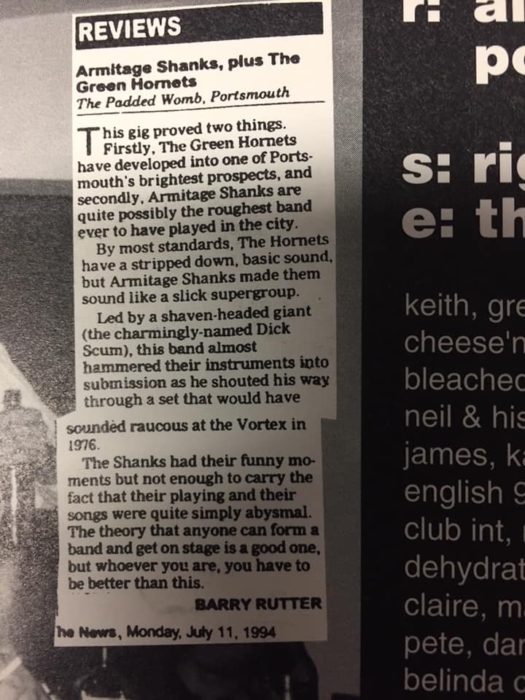 9/. Turning the tables on the critics.

In a masterstroke the band turned a terrible review in a Portsmouth newspaper into a classic piece of wordplay and and got their own back on the critic in the form of a great song. The original review by Barry Rutter is above and the song Barry Rutters Poison Darts Club Band is below.

(I invited Barry to help me review the new single…. which I thought might be a jolly jape!)

Older, wiser, slimmer…. but as brilliant as ever.  Following a heart attack and a few lifestyle changes Dick Scum has gotten the old gang back together (sort of) and I am proud to present the video debut of a brand new single… (cue press release)

The eleventh release on the Spinout Nuggets label and limited to 300 hand-numbered copies, Side A’s thumping ‘Look Out Here Comes Uncle John’ is the link between Bo Diddley and The Ramones, with Side B’s ‘Because I Care’ features the throat tearing genius of Penny Dreadful .

Uncle John is a portrait of a sort of black-sheep nutter every family seemed to have back in the 70’s; a hard-drinking bruiser of an uncle with a taste for younger women who would cause trouble at every family occasion, be it a wedding, funeral or Xmas do.

I asked Dick if he was a real person or, as I assumed, a composite fictional character based on various stories of mad uncles from the Seventies?

“He’s real and that ain’t the bleedin’ half of it. My dad’s older brother”

The B-side – featuring one Penny Dreadful on vocals is even better.  A sort of Stepping Stone played by the Troggs with a tale of a bad-girl who ‘tells you all these lies because she cares’.

I asked the journalist legend the Shanks immortalised in song what he thought of the single.  Barry Rutter said…I love it! They’ve clearly been practising over the past 25 years…

I told him I wanted him to slag it off – would be good publicity and they might even write another song about him.   OK mate…. put Barry Rutter still thinks they’re shit!

They’re not of course, Armitage Shanks are living legends: outside of everything, stubbornly independent, stuck-in-the-past, taking the piss, but one of the most fun and inspirational punk-rock garage bands England has ever produced.

Buy From Here and be quick before they all go!