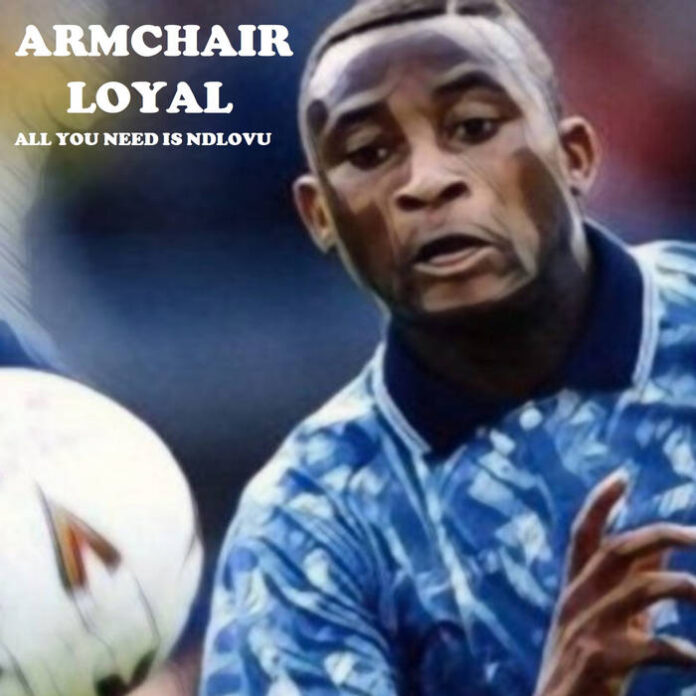 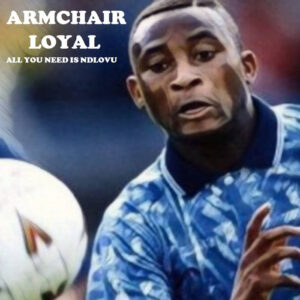 All You Need Is Ndlovu

The mysterious duo with the alter egos of Terry Tardelli and Peter Focks release an album for old school football fans of the 80’s and 90’s era. It’s full of laughs and doesn’t take itself seriously for a second. If you know nothing about football this will go way over your heads (ha!), yet it’s a good old DIY punk electronic laugh from the start says Wayne AF Carey…

To be honest with you I didn’t know much about this until it winged (ha!) it’s way to me via our LTW Shopkeeper. I did a bit of detective work and got a bit of info:

They are two ex-professional footballers who both had their careers cut short by injury.
One tasted the champagne of the Premiership. The other, the Lambrini of Division Two. One has two winners medals after victories at Wembley. The other’s crowning glory is reaching the Vanarama Conference playoff semi-finals. One makes pundit appearances on BT Sport and Sky’s soccer specials, the other is a pundit for Radio Grimsby. Together, they decided to share their experiences of playing in a different era where goalies were only allowed four steps and to get sent off you had to hack someone’s legs off with a blunt butter knife. Managers only sold players if they received a brown envelope stuffed full of used oner’s and a fag at half time was the equivalent of an energy drink. Not only have these boys been there and done it and brought the shirt. They’ve kissed the badge.
And that’s it. Being a long time suffering Man City fan this resonates with me. I went through the torment of the 80’s and 90’s when we languished in Division 2, playing the likes of Macclesfield away and getting our arses spanked by Lincoln City twice under the misguidance of Alan Ball. I’ve not got a clue who they are but they’ve created a slice of comedy gold that you’ll love or hate. Musically it’s full of football commentary samples sliced with what can be described as pacey Public Service Broadcasting meets Sleaford Mods style ditties. Take the first two tracks Play Football With Your Heads which bounces along with a rundown of B-star celebrities and 80’s footballers, followed by a Cliche Of Gaffers which headlines the classics such as “It’s a game of two halves”. The excellently titled Young Gifted And Right Back samples Tales Of The Unexpected and tells the tale of an obscure footballer always destined to be a right back for shit clubs like Crewe Alexandra always dreaming of playing for Arsenal. “My Page Three girlfriend left me for Razor Ruddick”
I’m not going to explain every track yet there’s some laugh out loud moments on track like Fun Facts About Footballers. “Glen Hoddle was the original choice for the voice of one of the wombles” “Garth Crooks invented Toilet Duck” and allegedly “Denis Wise still believes in unicorns” Like I said a good laugh for us 50 something football fans. There’s a tune from the point of a referee which samples The Big Match accompanied by a proper funky beat, a pretty poor cover of Half Man Half Biscuit – All I Want For Christmas is a Dukla Prague Away Kit. There’s a few really good tunes on here especially the Shameless theme tune sampling It’s A Man’s Game, Apparently which tackles sexism in the game. There’s songs about dodgy footballers hairdos, football managers getting cash bungs, the hard bastards of the game like Terry Buchanan “Messiah from Birmingham who walks on water“, the dubious Garry Glitter sample on Do You Wanna Touch Of The Ball? takes a bit of a risk, yet it’s an hilarious collection of commentating gaffs that weren’t meant to be double entendres at the time. Shit ‘n’ Miss is the highlight here, a fast pace punk number that Sleaford Mods would be proud of, that has a dig at shit strikers. “Howler after howler, he’s no Robbie Fowler”
An album that has already divided opinion amongst a few of our writers. You’ll either get it or you won’t. It’s a fun album that will have the football nostalgia crew in stitches. It’s not trying to be clever musically or lyrically, just two ex-footballers getting together and having a right laugh. At this moment in time we can do without serious and moody and have a good chuckle at a bunch of tunes that were never meant to be ground breaking. Just pure fun. Now I’m off to watch City do the Arsenal…
Words by Wayne Carey, Reviews Editor for Louder Than War. His author profile is here