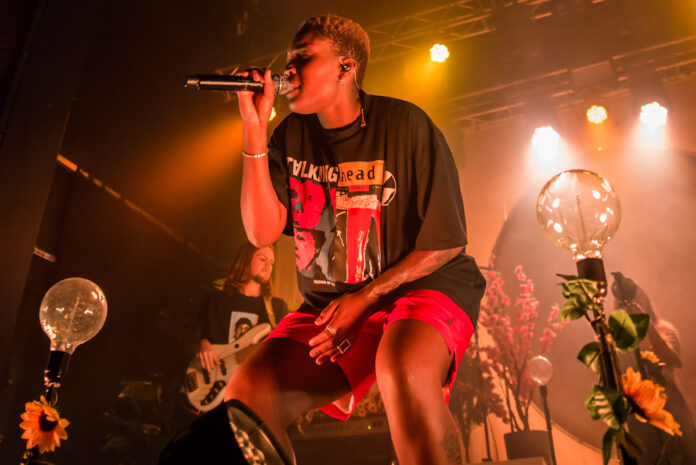 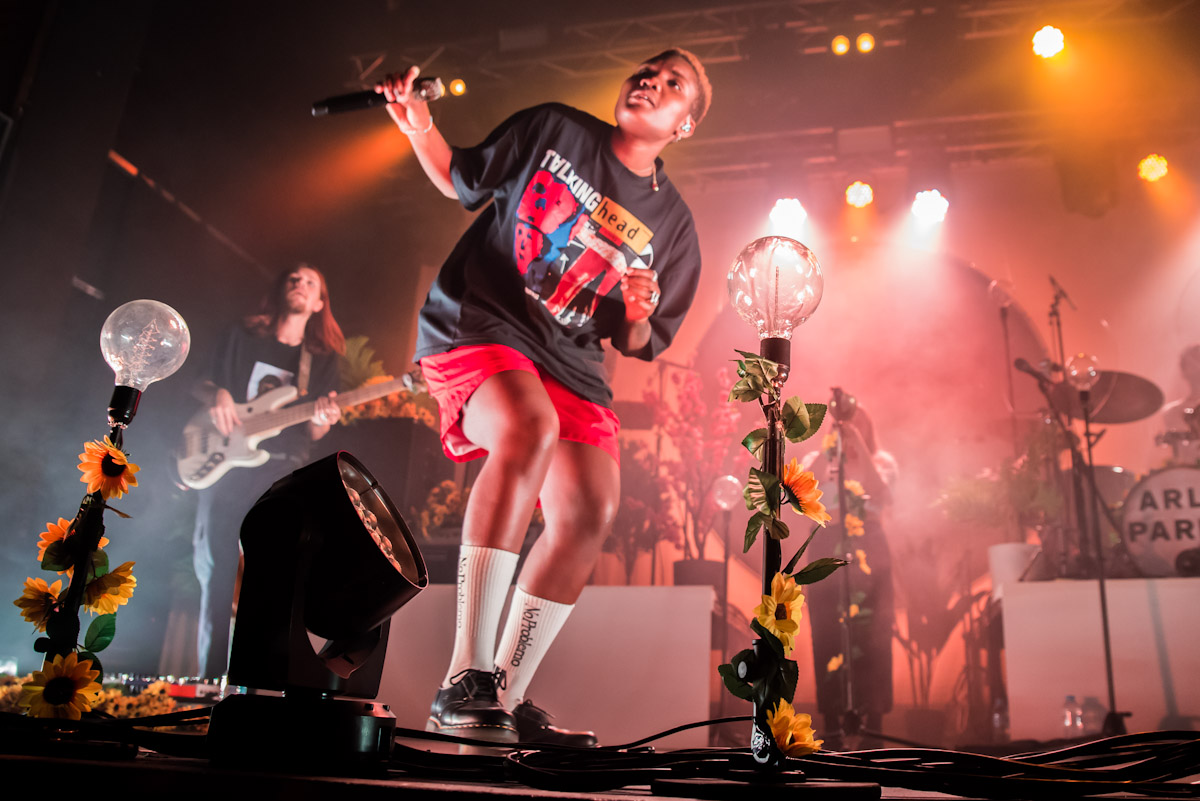 Off the back of two Brit award nominations, one for British album and one for British female solo artist, in addition to a captivating live performance at the event, then taking home the Brit for breakthrough artist earlier this year, Arlo Parks is now on the road. Fresh of her North American tour she is now touring Europe and stopped off in Manchester, she told the crowd it feels like a second home to her.

Arlo opened with a reflective pre-recorded monologue, the band walked out onto the stage and began to play the intro to Hurt as the anticipation of Arlo’s entrance built. Phones aloft the crowd let out a roar as she walked onto the stage to begin the show. Arlo’s interaction with the crowd, a stage set with low warm lighting and flowers wrapped around the space, along with the 950 capacity venue set the scene for an intimate show as she took everyone on a journey through her debut album Collapsed In Sunbeams. 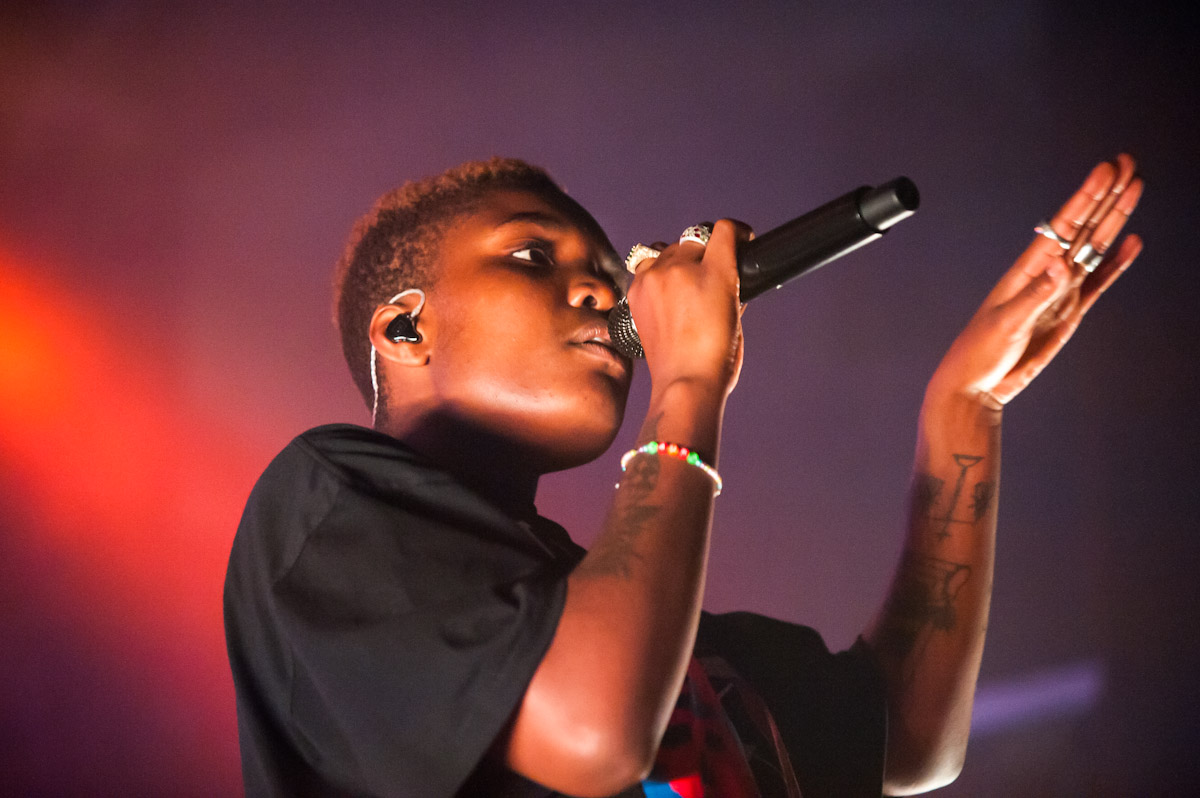 She moved through the setlist from Green Eyes into Cola and then Portra 400, there was a positive feeling both on stage and from the crowd. Arlo danced around in her Talking head tee, red shorts a pair of docs and socks verbalising the laid back vibe of the evening that said ‘No Problemo’.

Next up was Caroline, where Arlo requested some audience participation to sing the chorus not that the crowd hadn’t already been singing every word to the previous songs, but this was a chance for everyone to put their mark on the evening. As the chorus fast approached Arlo, moved back and forth across the stage with her arm stretched out, microphone in hand for the capacity crowd to sing Caroline back to her.

Although a solo artist, Arlo showed her love for her band, giving them all a shout out and appreciating them throughout the gig, whether that be dancing and grooving to a guitar solo or a full band instrumental section of one of her songs. 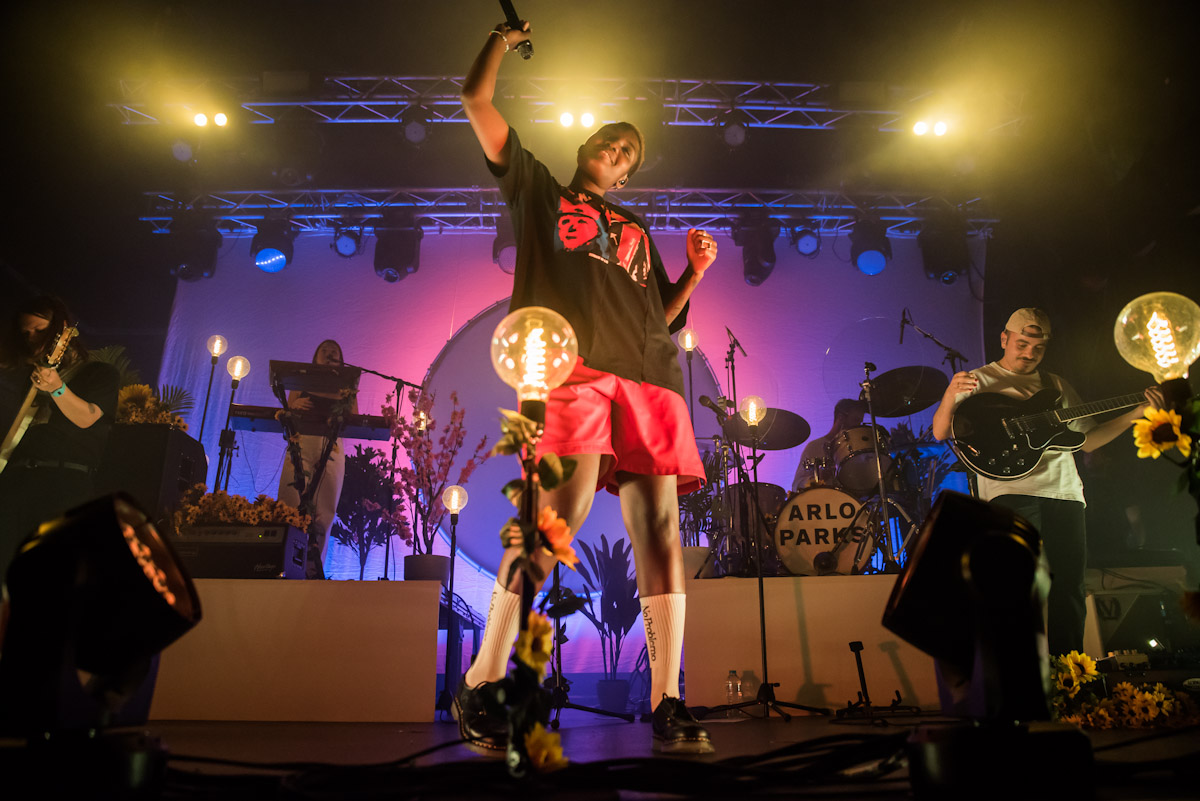 Throughout the show Arlo’s singing and songwriting talent really shone through, re-enforcing the buzz around her over the last 12 months or so and showing her future potential, touching on poignant subjects that are relatable to fans of varying ages such as difficulties experienced at school, with friendships and mental health.

The 13-song setlist culminated in an encore of Hope, sending out positive vibes into the crowd to finish off an enjoyable evening.