Home Music Bands Are Foals the best band in Britain? 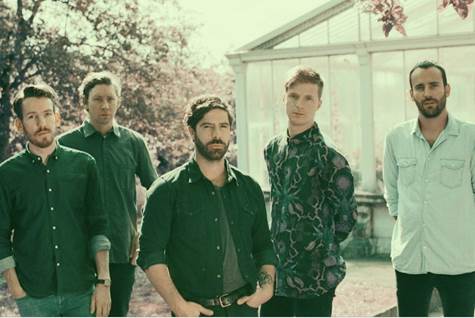 Foals place amongst the nominees for the Brit Awards’ British Group category is overdue recognition of the band’s place at the head of the UK music scene and for more than a decade of indie-rock goodness, writes Al Smith.

It’s surprising though, that it’s taken so long for Foals to gain what is their first Brit Award nomination and may actually reflect that most people haven’t really noticed the solid work that has made them the best band in Britain, regardless of what the ceremony results eventually declare.

Ultimately the gong will probably go to One Direction or one of the legacy acts listed such as Blur or Coldplay whose recent creative output has not matched earlier achievements.

Slow and steady may yet win the race though, and Foals have put out five quality albums since 2005 building each time as frontman Yannis Philippakis became more vocally confident and the band adopted a more aggressive sound on the last two album’s lead tracks Inhaler and What Went Down.

The coming year could see more people acknowledge the Oxford five-piece, What Went Down in particular seems tailor made to soundtrack the summer’s football highlights (“When I see a man, I see a Lion”) and they could also be beamed into more living rooms and mainstream culture, if they secure more the prominent festival slots they undoubtedly deserve.

Which brings us to the next reason Foals are your favourite band (you just haven’t realised it).

They’re excellent live. Like really, really good. With five albums under their belts they have a full palette to paint with incendiary rock tracks, fan favourites like Two Steps, Twice, and the majestic Spanish Sahara.

They outlived the Skins dance rock scene with which they were associated and have seen peers including Bloc Party and Editors (who picked up a nomination in the same category in 2008) slip behind.

The absence of Arctic Monkeys (with Alex Turner on Last Shadow Puppets duty) and with Radiohead set to return this year, means that the stage is clear for Foals to grab the mantle and represent British music.

Past nominations and awards have celebrated their songwriting talent, musicianship and performances but the Brits represent more mainstream acceptance. About time, I say.

Nominees in the British Group category are: Blur, Coldplay, Foals, One Direction and Years & Years

Foals begin the UK & Ireland leg of their tour on 10 February in Dublin.

All words by Al Smith. You can find more articles by Al on Louder Than War here.