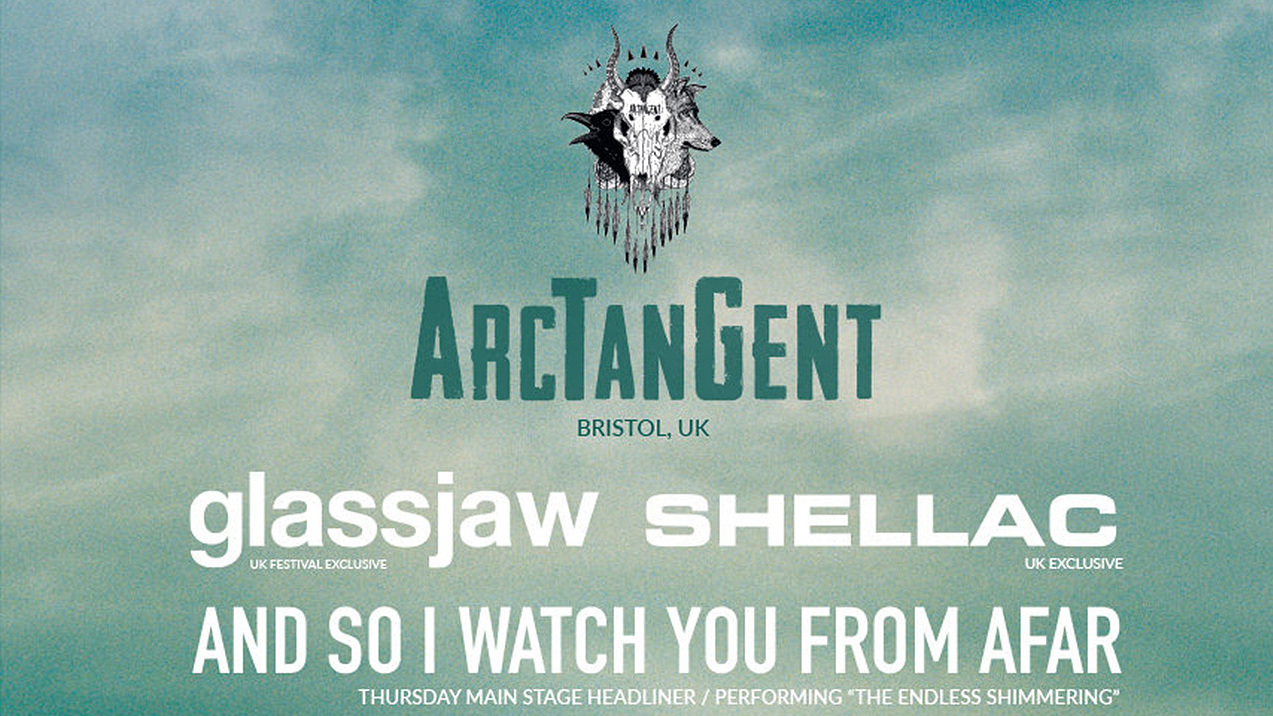 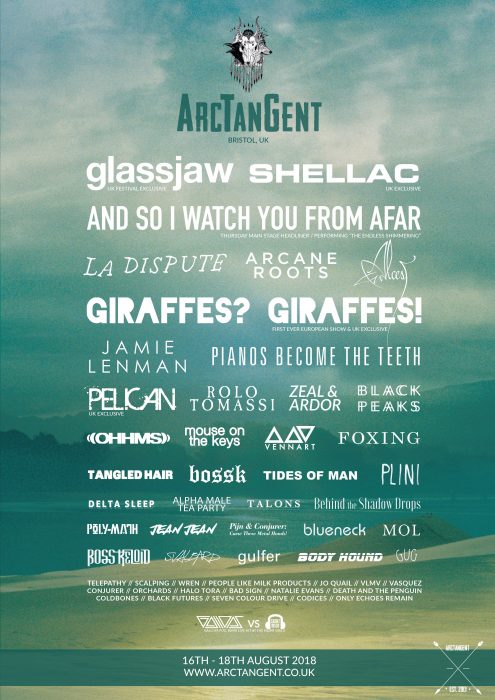 ArcTanGent Festival 2018 have announced a further 21 new bands for their 3 days festival, set on Fernhill Farm, 16-18 August 2018 joining headliners And So I Watch You From Afar, Glassjaw & Shellac.

For the past five years, ArcTanGent has built itself a solid reputation as one of the best UK rock festivals for exclusive performances from outstanding worldwide artists and supporting exciting new emerging talent and being the perfect festival for enthusiasts of math-rock, post-rock, noise-rock, alt-rock as well as everything in between and it is continuing by both growing and evolving this year.

Organiser James Scarlett enthuses about the news: “Today we’re announcing 21 bands and I’m excited that this adds a real strength in depth to the ATG line up. What am I most excited about? Well we’ve commissioned Pijn & Conjurer to work together on a top-secret project– I’m certain it will be amazing. Also Taka from MONO is bringing his Behind the Shadow Drops project which features some truly spell-binding visuals. Everyone should head straight to our Spotify playlist now and check out the treats we have in store for themselves – my personal recommendations are Jean Jean, møl and Black Futures. Roll on the summer!”

That top-secret project Scarlett mentioned: a special collaboration between Pijn & Conjurer has been named‘Curse These Metal Hands’. Conjurer elaborated further “When ATG & Holy Roar approached us to do a collaboration, it was something that hadn’t really occurred to either band. We’d played a few shows together and were certainly mutual fans but we had to sit down and really think about whether this was feasible. After a pretty intense 12 hours of jamming and writing, we emerged with a track that will form the basis of our performance with the rest currently being written. This sounds nothing like either band and is arguably more expansive and ambitious than either of us have gone before – we’re honoured to have been asked to contribute to ArcTanGent 2018 and are excited to bring something new to the most exciting festival in the UK.” 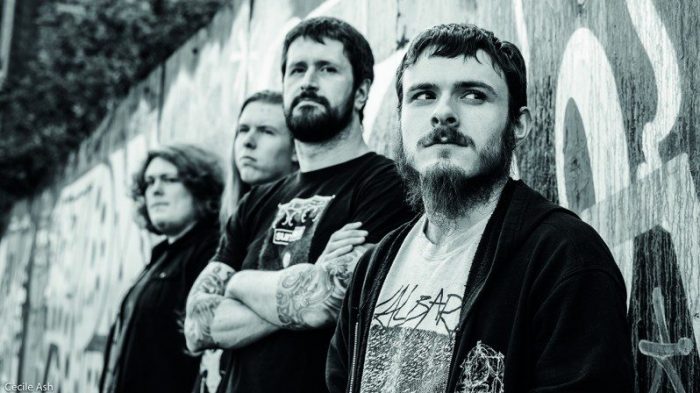 Also added to the line-up: Japan’s Mouse on the Keys, delivering the unique sound of drums, two pianos, and two keyboards encompassing rock, hardcore and heavy metal as well as both contemporary classical music and jazz. Their shows provide a creative visuals: images of Tokyo, geometric symbols, 3D objects, and abstractions. As residents of Tokyo, Mouse on the Keys like to use their music and graphics to represent the haunting restlessness of their home city at their live appearances.

Also announced are American band Tides of Man, bring their instrumental indie rock band to ArcTangGent Festival for the first time this year. Shoegazing metal band møl will be travelling from Denmark and Canterbury sludge metal titans, OHHMS who’s debut album The Floor was released on Holy Roar, last year will be taking to the labels own stage at the Festival.

Tickets are on sale now with a variety of options that should cater for most needs. Including (however not limited to) Day Tickets, Two-Day tickets, Three-Day Tickets, a VIP Package and a joint ticket with 2000Tress Festival that will save you 10%. Full details of what each option includes and purchase links can be found here.

Those that want to do ATG in style this year now you can simply relax in a boutique or pre-pitched with ATG’s glamping option provided by Tangerine Fields which will be equipped with showers. Space is limited though, so if you want one done hesitate. More information and purchase links from Tangerine Fields available here.