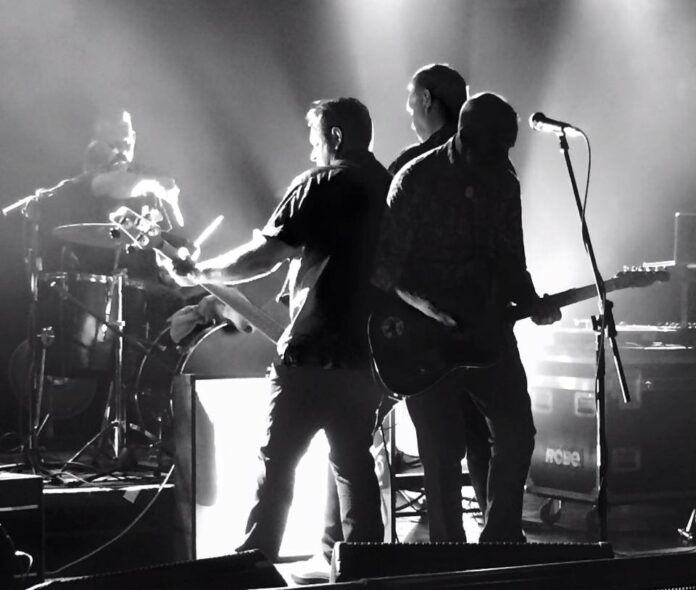 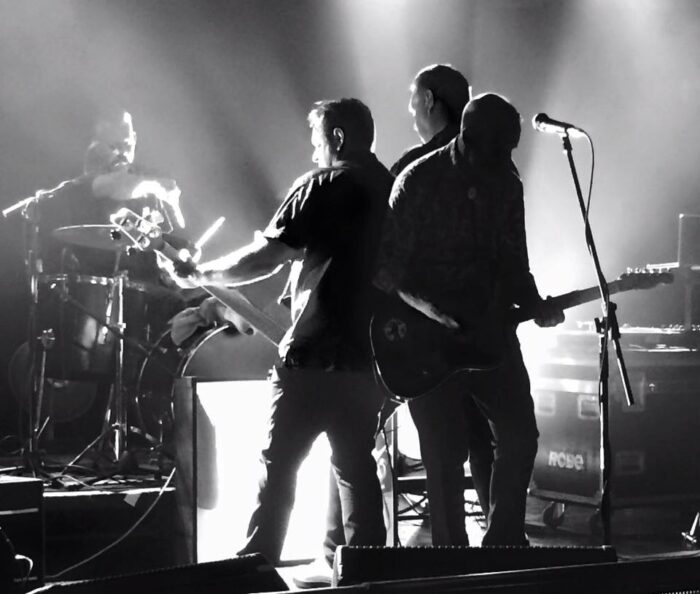 Out now on CD / LP delayed until November

If this album had come out in 1977 it would have been banned from W H Smiths, excluded from the chart run-down, the pressing-plants would have refused to handle it and even Peel would’ve thought twice about playing it… because it contains a song called ‘Cuntstruck’.

Archive 45 pretty much succeed in sounding like all of the archive punk rock 45’s in their collection (on Raw Records, Good Vibrations and so on…).  They are old enough to know better, having too much fun to care.

They would love to be (first LP) Clash but are nearer to Neon Hearts without the sax but with a singer who occasionally sounds a bit like Norman Wisdom. Archive 45 are better than Acme Sewage Co,  Satans Rats  and Psykikk Volts,  but not as good as the Users or the Bears, but they’re in the same ballpark. And I mean that as a compliment; Those were the Essence of Punk bands to me.  Like John Cooper Clarke once said every single punk band had at least one good, as in original, idea.

Archive 45’s is inventing the word Cuntstruck.  The dictionary definition will be, in years to come; Lustful equivalent to Lovestruck; Sexually infatuated and obsessed with, and in the thrall of a new female sexual partner -to the point of utter stupidity and gormlessness.  Not as initially thought an Anglicization of the American expression Pussy-Whipped. That comes later…

The rest of the tracks are just as good and a real treat for fans of 1977/78 punk (meaning the Live At the Roxy / Vortex / Streets / Farewell To the Roxy compilation type bands and not just the Pistols , Clash and Damned -although all three are influences too.)

‘Strummerville’ is yet another tribute in song to Joe with great singalong chorus and wooh-oh-ooohhs!.

‘Five’n’Drive’ is partly concerning the driving under the influence antics of a certain one-legged punk (allegedly) but also seems to be about Mikes over-active libido and 70’s pornography.

‘Diamond Stylus’ is cool as it compares the object of desire to the most precious thing a punk record-collector owns; the diamond stylus on his record-player. Schitzophrenically though the backing vocals urge him to Smash-it-up.

‘Undertone’ is another true story about a phone conversation with a former member of Northern Island punk heroes the Undertones.

‘Rocket’ (in my pocket, needless to say) is a self explanatory but  does include the line “I’ve got a chip on my shoulder and I’m gonna make a little meal for two”. Real romance.

‘Autonomy’ is not the Buzzcocks song but a tale of robots marching in symmetry ( rhymed of course with Cold War technology). Futuristic visions nicked from low budget sci-fi being a must for your class of 77 punk band.

‘Cheatin’ Thrills’ incorporates a nice Cheat-Cheat backing vocal the derivation of which you can guess.

‘Guest List and Rider’ is an account of the trials and tribulations of small town bands on tour playing new places.  The last line of every verse is the classic ‘and then we realized there’s not enough drugs’.

‘Stanley’ is a kitchen-sink drama about a bloke who suffered the loss of his wife, job and wits, before going psycho.  Its not a sympathetic portrait and recalls Gerald and Jenny from the Lurkers Fulham Fallout.

The production on the album is good considering the budget they had but the drums do sound a bit crap to be honest but not enough to detract from the sheer exuberance and pure mania of the songs.

Archive 45 are friends of friends of mine and I have met them at loads of Portsmouth gigs and could tell you many a tale of their antics ( particularly singer/guitarist Mike -who has a record stall at Dress Code).  But that’s all we’ve got space for…. so suffice to say, this is the Retro-Punk 77-Vintage Album of the Year…. 1978 that is, not 2015!