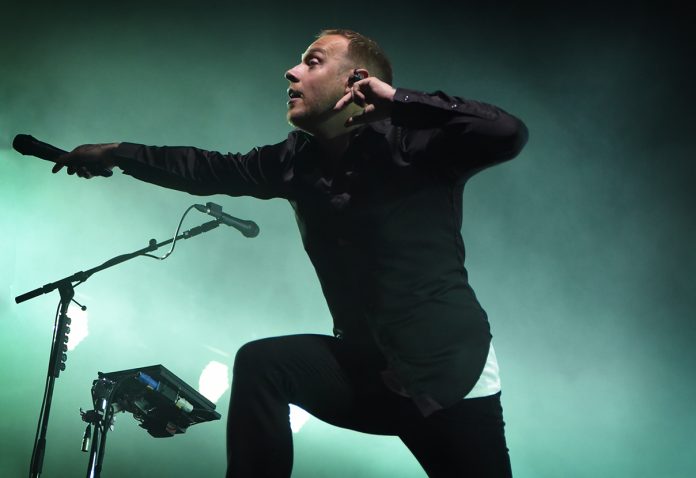 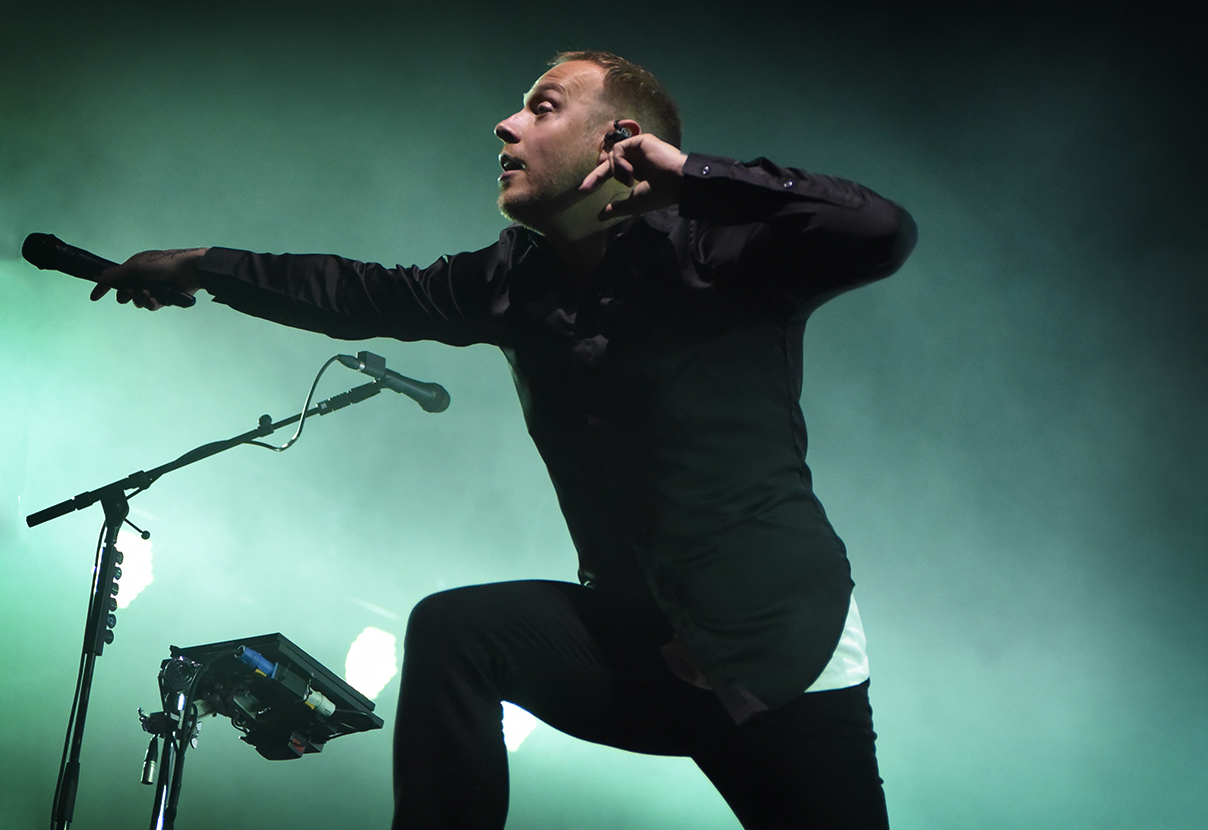 Architects conclude their UK arena tour, in Glasgow, with a spectacular show of musical power, and connection with their audience.

Metal band Architects have been on a significant journey, that has culminated in this arena tour, taking them to the biggest venues they have ever played in the UK. At the same time they are a band that have never lost their intense connection with their fans, valuing that connection above everything else.

The OVO Hydro, Glasgow, is the final stop on the UK segment of the tour. The support for the tour is well chosen, with Malevolence commencing proceedings. The Glasgow audience take Malevolence to their hearts, with their high-octane mix of metal and hardcore. For the title track from the Self Supremacy album, vocalist Alex Taylor asks the audience to open things up, and immediately the pits start up. The incredibly heavy breakdowns in the song, literally cause the floor of the Hydro venue to reverberate. 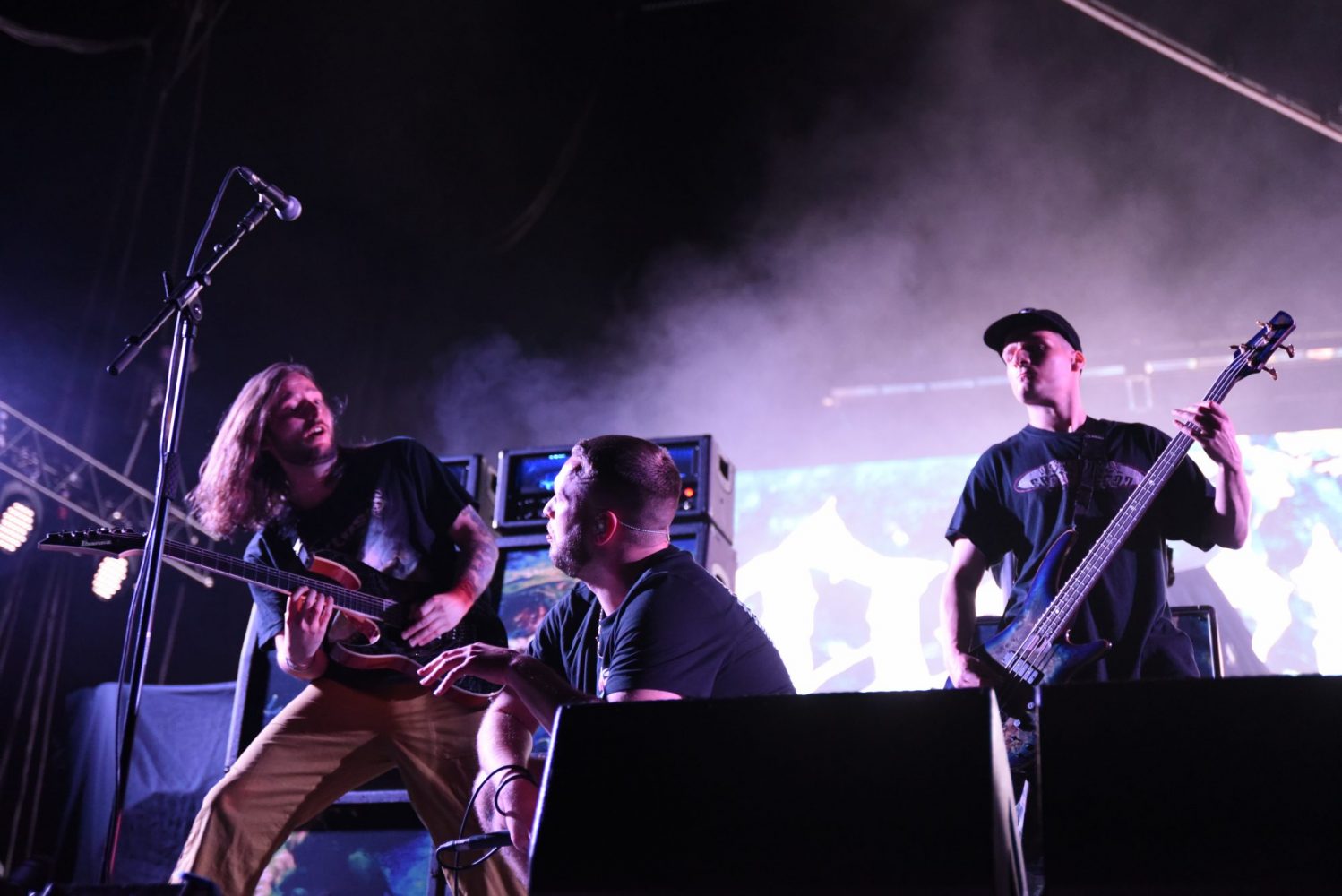 Alex makes a very moving speech from the stage, to say that if anyone is struggling, it is always better to talk. He asks everyone to put their lit phones in the air, which the audience does on mass. On the song that follows, The Other Side, Alex’s vocal is full of emotion, supported perfectly by the shimmering guitar melodies. The guitars soar during the chorus, and there is a great reception from the audience at the end of the song. The last song of an excellent set is Keep Your Distance. It delivers some fabulous funk rhythms, and thundering drums, creating an incredible groove, punctuated by some squalling guitar pinch harmonics. Look out for their new album Malicious Intent, released on May 20th.

Sleep Token, come onto the stage, fully cloaked and masked, creating a sense of mystery. They deliver a highly original sound, often combining an ambient wall of sound with heavy guitar riffs that break through. The three backing vocalists, on a raised stage platform, add a very atmospheric dream pop style tone to the sound. When the band launch into an instrumental section, there is some quite excellent drumming, full of subtle accents, alongside some very heavy rhythms. It is quite simply an epic musical sound. Sleep Token’s main vocalist has an impassioned delivery, with a striking use of falsetto, that the audience applaud at several points. While also being able to provide a screamed vocal if the song requires it. On the final song of the set, The Offering, the instrumental section with the vocalist on keyboards, creates a sound that seems to permeate every corner of the venue. Another excellent set. 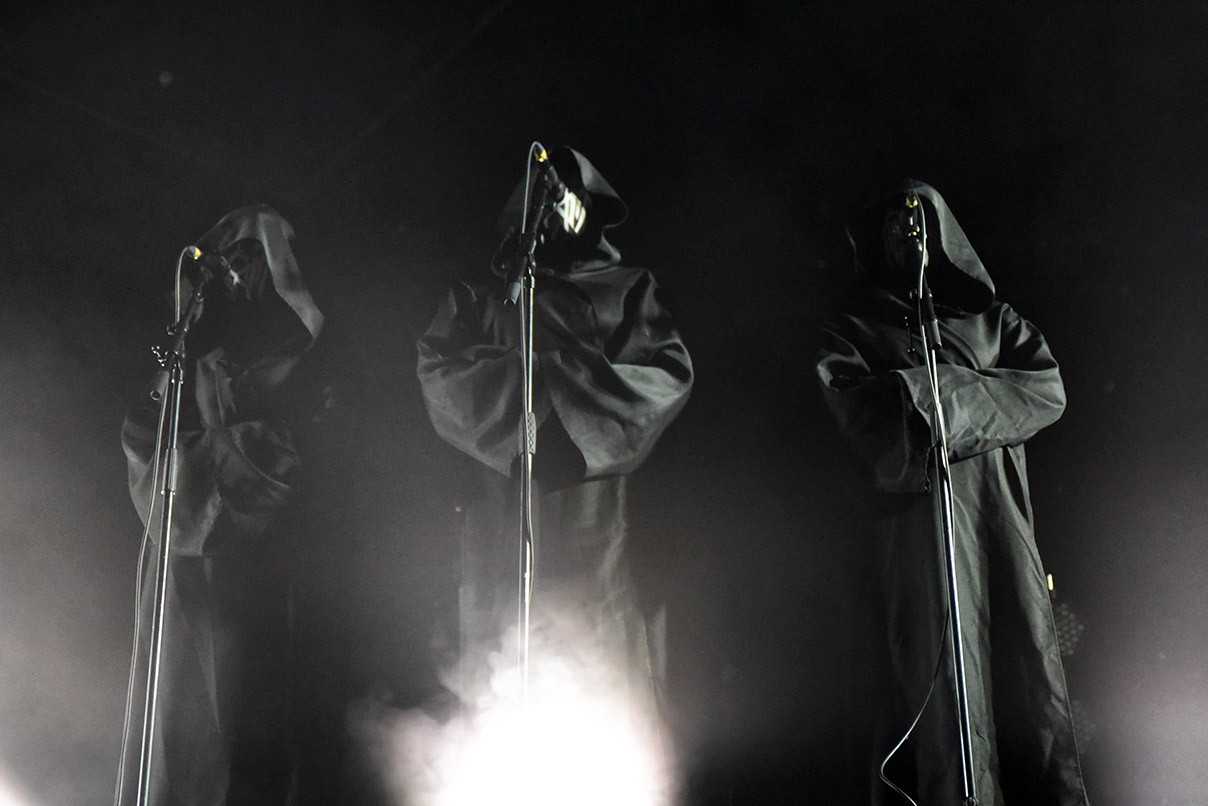 Architects have a stunning screen backdrop showing various animated films behind the band, a testament to the production effort that has gone into this series of shows. Starting the set with Black Lungs from the 2021 album, For Those That Wish to Exist, the bands massive sound and high energy on stage is readily apparent. Giving Blood, from the same album, has the audience jumping up in unison, to the huge rolling rhythm, with everyone holding up lighted phones during the songs gentler section. Nihilist, from the All Our Gods Have Abandoned Us album, has some tumultuous drumming from Dan Searle, accompanied by some crunching death metal guitar riffs. It witnesses the first crowd surfing. The song’s mid-section has a nice musical contrast with swirling keyboards that has a progressive rock flavour. An example of Architects’ impressive musical range. 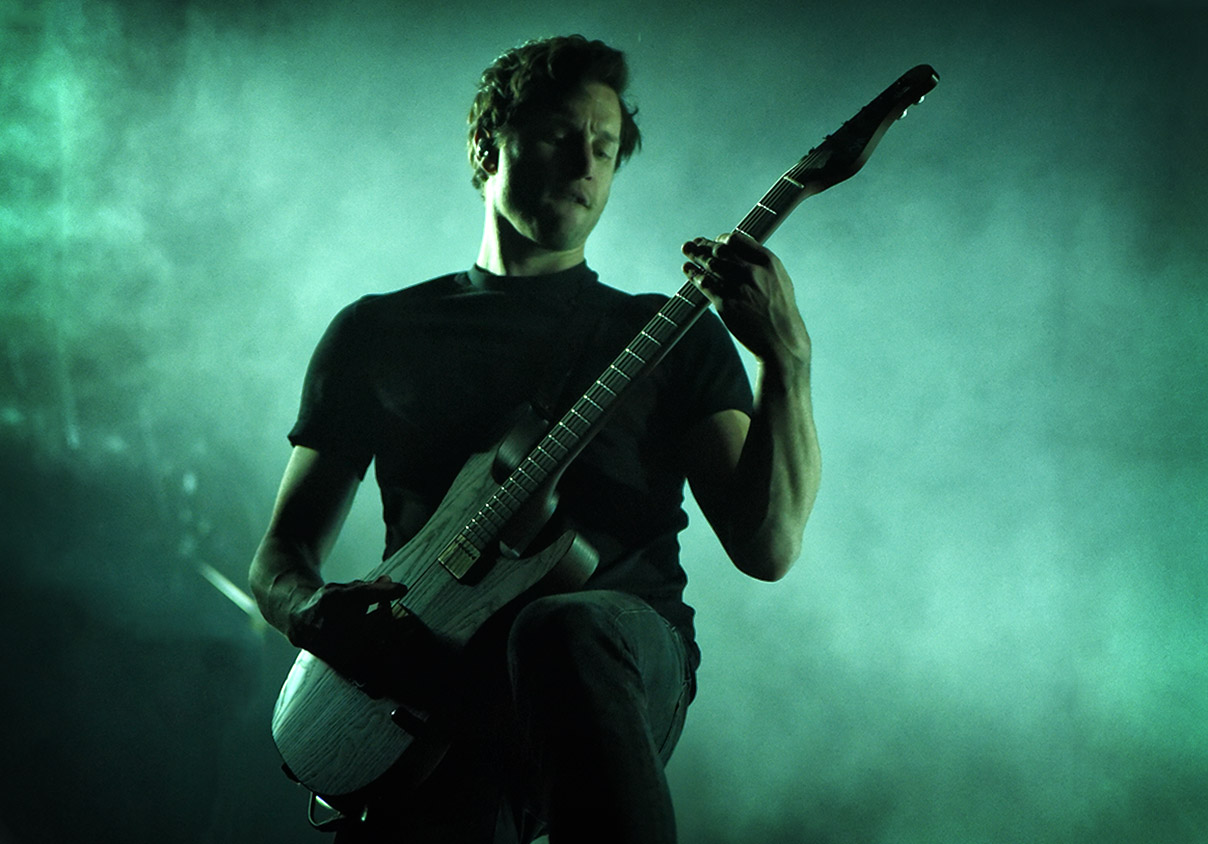 Royal Beggars, from the Holy Hell album, is preceded by vocalist Sam Carter, thanking the audience for making this Architects’ biggest ever Glasgow show. He references how welcome the band have always felt in Glasgow, right back to an early gig at one of Glasgow’s iconic metal venues, the Cathouse. It is a ferocious performance of Royal Beggars, with Josh Middleton’s lead guitar full of sustain, washing over the audience.

Little Wonder live has an irresistible dance groove, that is quite hypnotic, with the guitars crashing around the dance rhythm. It is a demonstration that Architects can move in any musical direction they chose, such is the bands musical vision. Dead Butterflies, similarly from the For Those That Wish to Exist album, is a set highlight. It is accompanied by an evocative animated film utilising the butterfly motif. It is one of Sam’s best vocal performances of the evening, with his voice ascending in the most spine-tingling way over the mayhem of the band’s playing, The harmony vocal section is just stunning and the whole song conveys the band’s authentic emotional connection with their music. 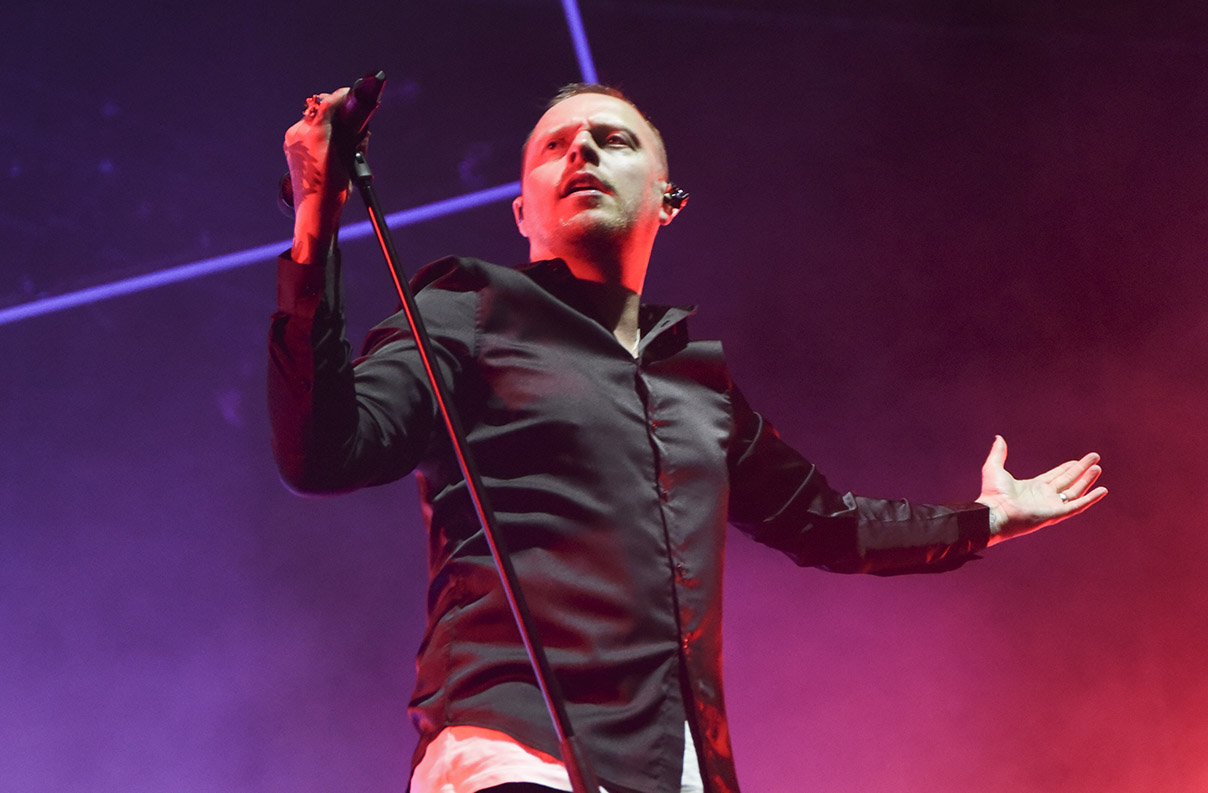 Before playing Gone With the Wind, Sam talks to the audience about grief, and also of people struggling with their mental health, emphasising the positive steps of sharing a problem, and drawing on friends. He movingly dedicates the song, on behalf of the band, to Tom Searle, and Tom’s initials within a heart, appear on the screen at the end of the song. The audience in their response, show their love and respect for a much-missed musician and songwriter. The first encore, of the single, when we were young, is another set highlight, with its pummeling guitar riffs and groove metal rhythms. Josh’s sledgehammer riff literally flies out from the stage.

Architects are a great band live and on record, always moving forward with their music, while respecting and caring about their audience. You can’t say better than that. Well done, Architects.

Photographs by Lewis Allen.
All words by Gareth Allen, you can find Gareth’s author profile here.