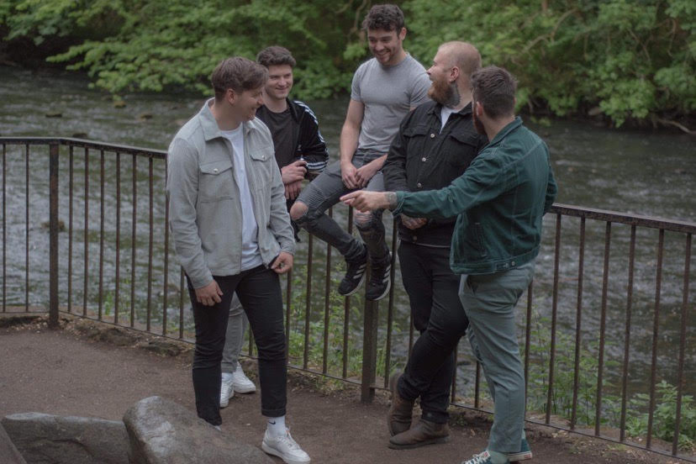 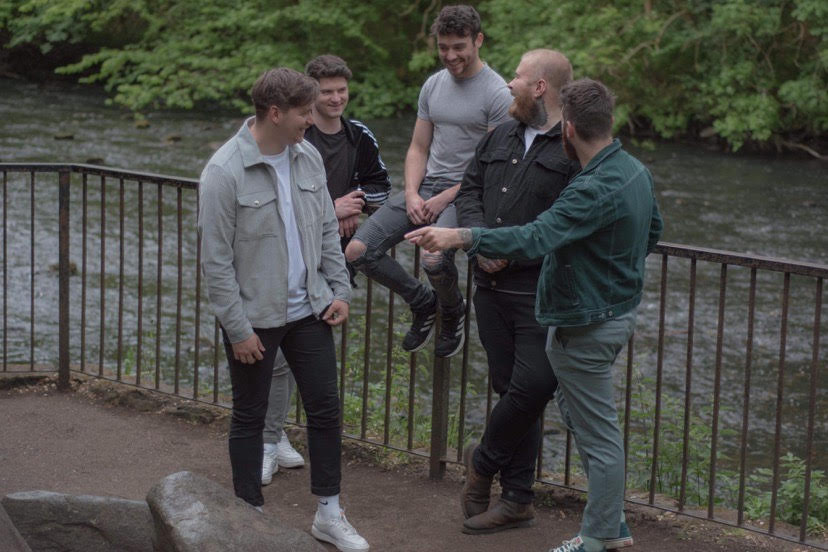 Arcade State have lots going on – a sold-out show, a new single and a celebrated EP. With their name set to be adorned in flashing lights, Sam Lambeth spoke to them to find out more.

“I call it an arcade state of mind.”

Whether or not the choice of that band name was a case of a self-fulfilling prophecy, it’s fair to say that Arcade Sate have lots going on at the moment. It’s also appropriate to predict that, very soon, their name will be in lights.

The group only formed in 2019 and have enjoyed a rapid rise, particularly since adding in the mercurial Andy as lead guitarist. “He has brought a whole new dimension to our sound,” Ciaran gushes.

It’s that new dimension that has seen previous releases like the thunderous Follow and the uplifting ballad, Begin to Break become staples of many indie rock playlists. Their new single, When It Hits Home, is set to continue their upward trajectory.

It all begins, Ciaran says, with just him and his trusty acoustic guitar. “I’ll write the song with my acoustic and then bring it into the studio,” he says. “Everybody will put their own style on it and it grows from there.”

When it comes to their music, Arcade State take influence from some of Scotland’s best and brawniest bands, including Twin Atlantic, The Xcerts and Idlewild, all groups that splendidly blend brawn with beauty.

All of these bands’ DNA cover When It Hits Home, and Ciaran says the song carries a deep message.

“It’s about when you hurt somebody you really love and they are going to leave you, and you then realise that you can’t live without that person,” Ciaran says. “You understand that your life just wouldn’t be the same.

“It’s definitely going to get the crowd moving. It’s a guitar-driven song that hits you at 100 miles per hour.”

Lucky fans are going to get that whirlwind experience when Arcade State take to the stage in August at the iconic Nice N Sleazys on Saturday 28th August. Only a select few, mind you – the gig is already sold out.

“That shocked us,” Ciaran says. “We are thrilled to the core that people want to see us. They’ll be the first for our new line-up and we are absolutely ready to go. We owe these people a show, and a show is what they’re going to get.”

Humility is the name of the game for Arcade State, and they’re keen to place on record just how thankful they are for the kindness they’ve received.

“We are so grateful to everybody. We’d like to add a massive thank you to everyone for their support,” Ciaran beams, before crucially – and excitedly – adding – “there’s a lot more to come from us.”