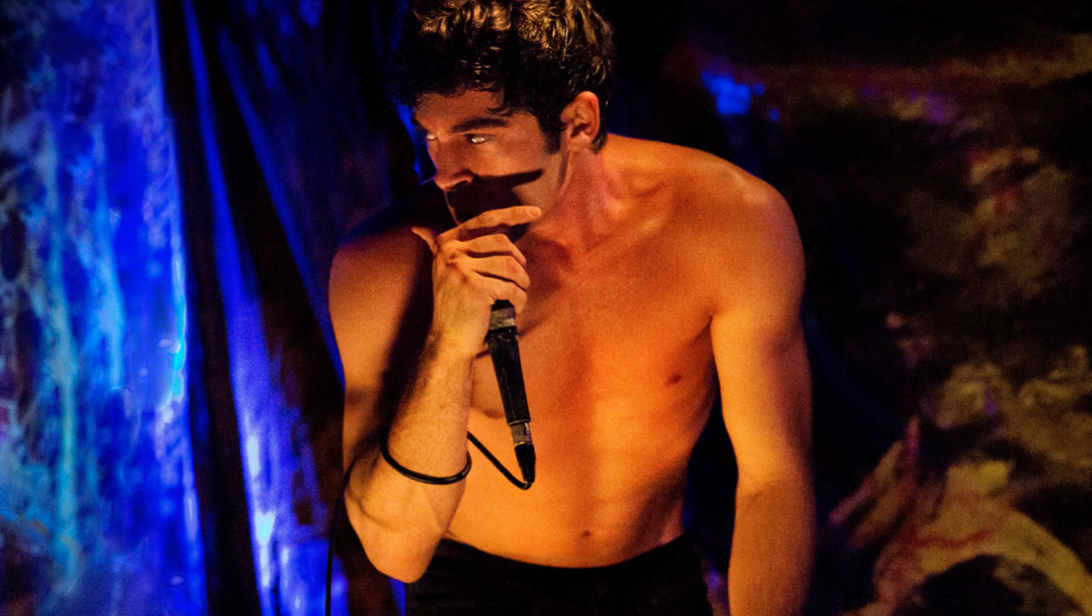 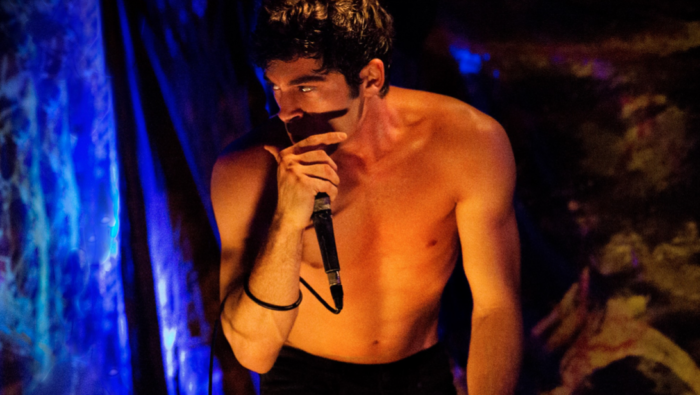 A fast paced film about punk rock, Istanbul, high life, low life, the scuzz, the glamour and the life changing decisions that change your life, Arada is a gripping rush of a film about claustrophobia and escape with a great sound track and the stunning city of Istanbul as its backdrop.

It has the same kind of urgent energy and danger as early Scorsese’s Lower East side epics and lead actor Burac Denis delivers the smouldering charisma of the youthful Robert De Niro. A Turkish Mean Streets it crackles with all the same kind of themes of family, god, religion, love, sex, escape and expectation all entwined into its electric pace.

The story is about a young punk rocker in Istanbul who tracks down a cruise ticket to California on the night of his birthday gig. Based on the director’s personal family story. The film is sets during the nineties period of unrest in Turkey.

Filmed by award winning Tursh director Mu Tunc, it’s also a personal journey into the micro Istanbul punk rock scene of twenty years ago, a scene that his older brother was key to whilst Mu was a teenage observer as he explains.

‘There was a specific hardcore punk music movement in the 90’s Istanbul. It was so underground that no one even knew it was existed. The reason why I know all this period is because my brother was one of the member them and he released the first hardcore punk record of Turkey.

Here is an detailed article about my film and it’s true background story which was on i-D Magazine.’

It’s always fascinating just what punk rock meant when it spread away from its original epicentres. Once the seeds were planted in different countries and different cultures and the context changed. In the USA and Europe it meant a myriad of different things but by the time a small punk rock scene was sparked into action in Istanbul its meaning was far more intense.

Arada sparks around this tiny scene and creates a beautifully shot, big budget, action movie about the clash between punk’s wild eyed idealism, the seamy undertow of the big city and the desperation to escape a suffocating culture and a young men who refuses to be imprisoned by life.

The flurry of great images capture the multi layered streets of Istanbul, from punk clubs to decadent rich kid parties and it uses punk as the tear in the fabric, making it the first punk film in the history of Turkish cinema.