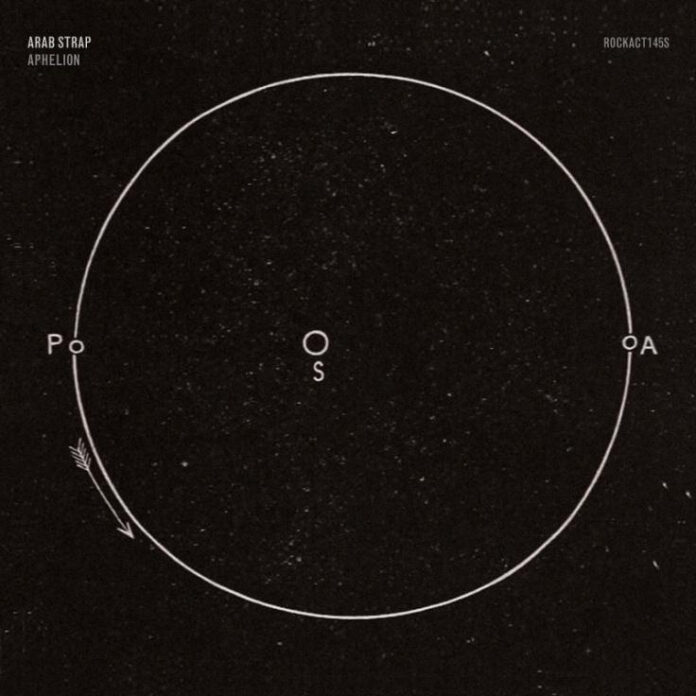 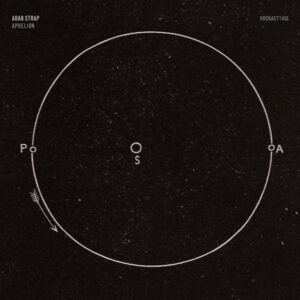 The digital release Aphelion/Flutter will be shortly available on 7” vinyl.

Recorded and mixed during the sessions for As Days Get Dark, Aphelion and its B-side Flutter maintain the atmosphere and mood of the recent chart winner by Arab Strap. The two songs will be released as a limited coloured 7” vinyl edition later this year.

Highly acclaimed album As Days Get Dark, released in March 2021, reached the UK Album Chart Top 20 and was named Album of the Month in Mojo and one of Pitchfork’s “Most Anticipated Albums of 2021”. The album was described by Louder Than War as a “poetic mix of darkness, melancholy, romance, and unflinching honesty”.

The band are touring Ireland and playing at festivals in 2022. The tour schedule is published on the official website of Arab Strap.