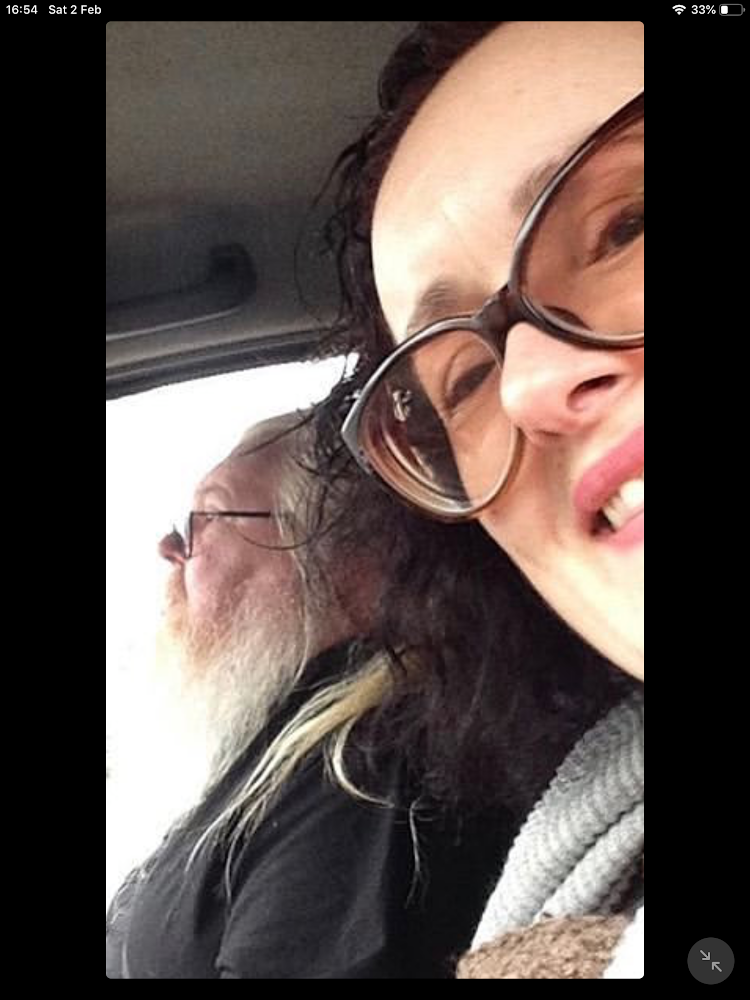 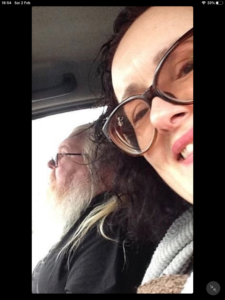 There it is, the gnarly handshake at the end of another gig as we sat in the van outside my flat at about 5 in the morning with the cold air kicking in against the stale sweat and distant decibels. A roll of money is handed over and it’s a chance to chat beyond the low level drone of van engines. There he was Big Norm, still twenty miles from his own home up in Bolton with dawn opening its curtains on the piss and rain stained streets of Hulme Manchester. Big Norm, the eternal solid driver who drove round the earth and back for us and who died yesterday at home surrounded by his family. I knew he wasn’t well but damn he was only in his early sixties and he’s gone when he felt like he would be here for ever.

For twenty years big Norm had generally sat behind the wheel of our tour bus.

Solid, dependable and built like a behind the wheel road warrior, he was a big man who hid behind his his long hair, father xmas beard, his big frame and his gruff exterior. He certainly did some miles with us, becoming a part of the Goldblade and then the Membranes family – a rock solid presence keeping the driving beat.

As we criss crossed the touring circuit he also became a cult figure. When we did gigs people would always ask after him. He was as known as the band was and very much part of the experience. On some tours we had him on stage with us in a double drum assault — it was perhaps the best the band ever sounded because he was a supremely skilled drummer with a deep love of music from Alex Harvey to Talk Talk who somehow ended up driving everyone else around when he was often the best musician on the bus

It’s a wrench when you lose one of the surrogate family, those small floating groups of unlikely people crammed together in vans for long drives back and forth in the eternal, all consuming madness of music making. Those endless hours on motorways interrupted by grumpy sat navs, radio static, grinding van engines and old music crackling deep into the night broken up by cackles of laughter, long rain spattered silences and several shades of grey concrete and monochromatic services which is the real rock n roll lifestyle.

For years, with Goldblade and the Membranes, we were driven by Big Norm AKA Norman Cooke AKA Pappa Norm AKA Basher who, with a flurry of really long hair, that ever growing wild father xmas beard, battered tracksuit bottoms, oddly posh looking brogues and the perpetual Ziiljan cymbal jacket who was central to our road survival.

Time, like nature, is a thief and as we enter the last laps of life where losing good people becomes the only currency left we feel broken as the punches get closer. Big Norm was perfectly named and his stoic presence behind the wheel and rock solid driving kept us alive on the endless roads of our high decibel adventures.

He was one of the family- the dependable, chugging driver of our bands who also burned up road miles with a whole host of other Manchester groups as well as Discharge and his big break – not so long ago – driving for Seasick Steve. The very idea of these silver haired veterans with their half cut clothes and rumpled face fur sat in a van like a possee of ZZ Top lookalikes was amusing but finally Norm was dealing with big management and big stages instead of the damp discomfort of touring at the frontline.

On our own brushes with bigger stages we amused ourselves in various ways, like on the Stranglers tour when Goldblade were supporting and we got big Norm onstage every night and the whole audience thought Jet Black had wandered out there when they spotted the bearded, physically large figure dealing out pounding rhythms on the spare kit.

Norm spent decades glued to the wheel in a series of vans that he bought and half converted into touring machines with beds made out of sheets of old wood and half screwed in seats. Over those years I got to know him well in snatches of Mway neon lit conversation and gruff northern asides and I still think of him as a drummer more than a driver, even though he was the ultimate road machine. Norm was the fixture behind the wheel but whose first love was drumming of which he had somehow been sidetracked from to drive for other bands in one of those cruel quirks that the dirty world of rock n roll deals out.

And yet he still somehow found the time to indulge in his drumming. He was always stepping in for bands, playing pub gigs, recording demos, wheeling and dealing drum parts in the pursuit of the perfect rhythm. For the rastas in Hulme he was Pappa Norm – one of the few drummers who could be trusted with the offbeat for their jam nights and he was treated like royalty by the sadly decreasing circle of Jamaican music fanatics as they surrounded him in awe at his capabilities.

Norm was a giant of man physically who had once played Rugby League for Salford and who would tell you tales of the seventies training of beer and steaks and the bruising sport that he loved all his life. Many nights we would talk the minutiae of rugby league in a conversation that was purely northern in its subject matter, scope and accent before switching to his deeply loved football and his passion for Man United with the radio fizzing in the background on a sports channel that would crackle through the day and into the deep dark night.

The years roll by and life drips away like water from a tap or disappears into the rear view mirror like the endless road miles and yet Norm was always there, if thirty minutes late after being stuck on Regent Road on his way down from his home in Bolton cursing the traffic before we loaded up and left on another adventure.

At the gigs he would help out on the merch, or sit in the van with the sport radio filling the vehicle with its 24 hour static and in the early years in a haze of smoke before he packed in the fags.

He could be outwardly northern gruff like we all are at heart or perfectly stoic when being nagged at but when he got talking his eyes would twinkle as he detailed the music he loved. Norm would come alive in the deep hours of the night on the empty tarmac arteries of the M6 listening to Mark Lamaar spinning obscure blues, or playing his Alex Harvey bootlegs, talking drumming and even quinoa when he shocked us all by going on a health kick and throwing away his roll ups.

It’s weird now but we will miss the service station stope agonisingly close to home when his exhausted eyes would peer through trucker mags and his veins would be refuelled with caffeine and dayglo service station junk food. Back in the van the talk would burn up the miles and the real Norm would again reemerge – a wise old road owl peering from behind those perpetual glasses probably wondering why he was driving a band around who would take detours to castles, the White Horse in the pouring rain, Dunnoter Castle and its brawling puffins or windswept stone circles taking the van up winding dirt roads, going off piste on archaic quests for mud stained knowledge and a couple of hours escape away from the corrosive world of rock n roll.

I guess Lemmy had it right when he wrote ‘We are The Road Crew’ for the wonderful Motorhead. A touring band is all road crew. Everyone is road crew. The road tells the truth and the most important member is the driver. A driver deals in life and death decisions and not poncing about on stage. ‘Without your driver you’re nothing’ as Joe Strummer nearly once said.