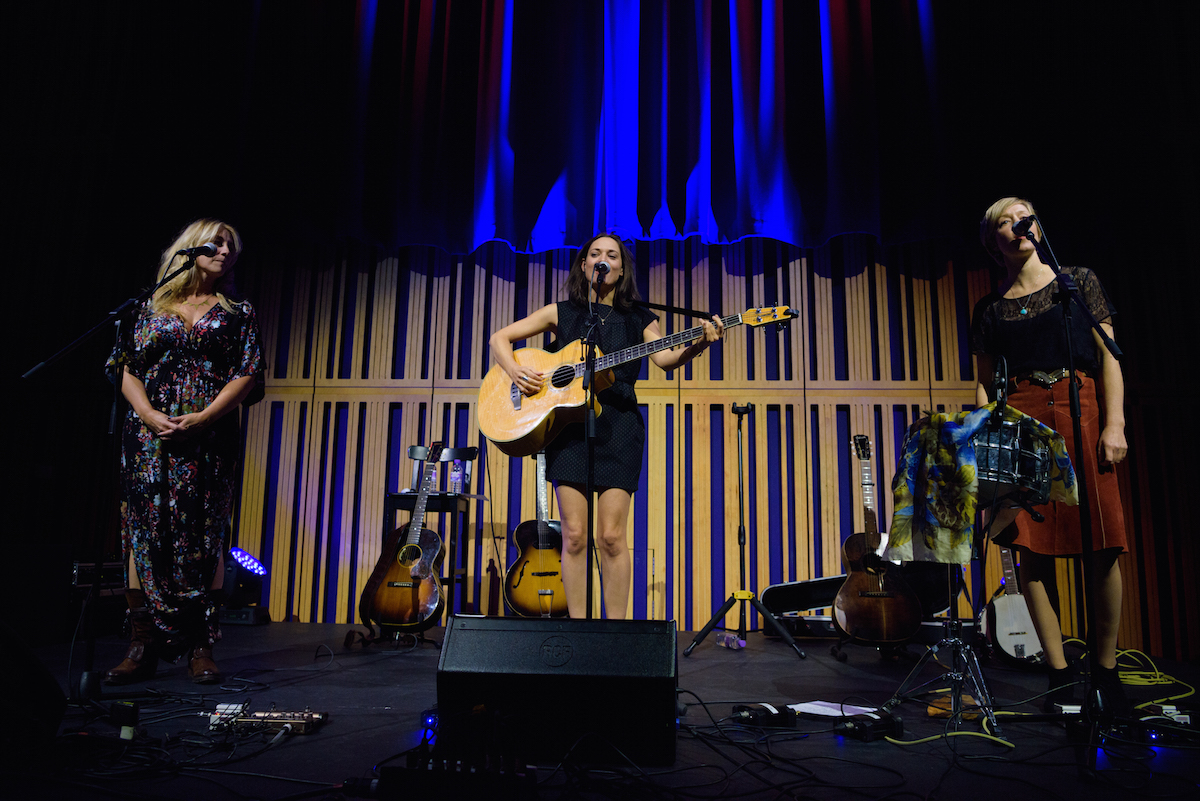 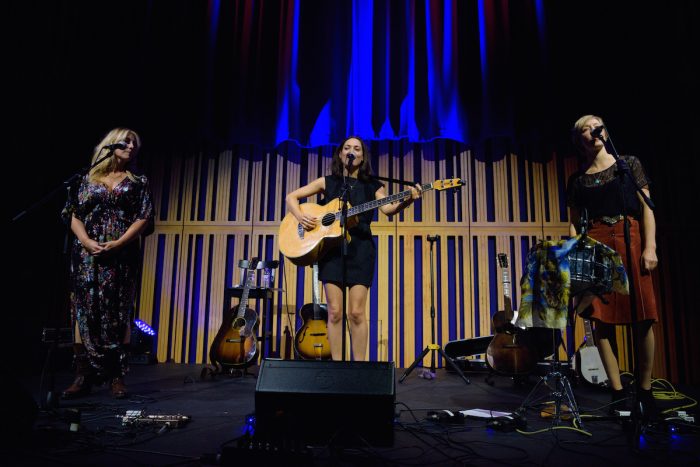 An exceptional evening from three incredible songwriters who take it in turns to wow the crowd, before coming together to create something extremely special.

Applewood Road comprises of three individual singer songwriters who come together to blend their beautiful voices, thus creating beautiful music. Therefore, it only seems fitting that tonight’s Evening with Applewood Road should be preceded by each of the three members playing a short solo set. These sets seem to highlight the differences between the three perfectly, whilst subtly it allows the audience to understand what each member brings to the group. 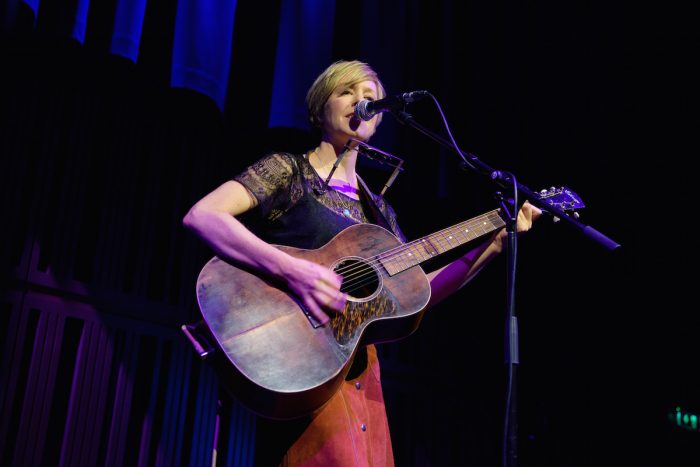 First up is Emily Barker who appears to be the multi-instrumentalist in the group, her songs about her hometown in Australia are sweet and soft. She sets up proceedings perfectly, as there is a real warmth and excitement to set her set. Secondly Amber Rubarth’s set has a country edge to it a little more upbeat than Emily’s but once again her heartfelt songs are given the opportunity to shine in their own right. Similarly though they’re both humbled and during their sets there is some crowd interaction but not a great deal.

However, Amy Speace takes to the stage for the final set of the first half and attempts to rally the crowd with her folk tracks, whilst trying to encourage audience participation. Unfortunately though she struggles to raise any interest with the crowd remaining tight lipped on this occasion, which is a shame but it made for a comical interlude in her short set. 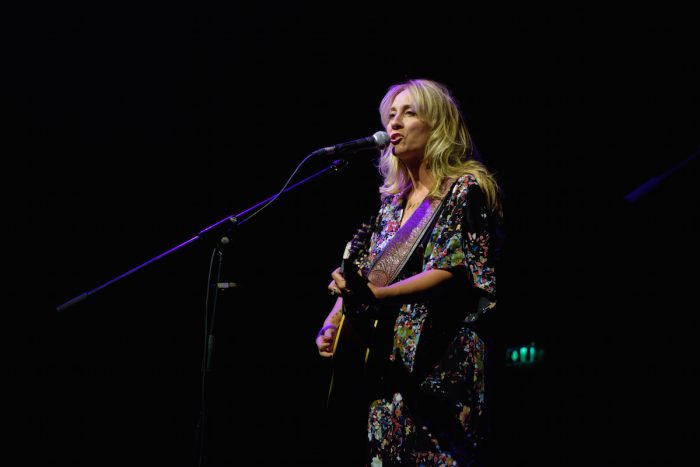 Overall though these three sets saw the differences between these three ladies highlighted for all to see, each of them have their own distinct style and that is perfectly reflected. After a short break the three come together and this is where the evening really takes off, indulging this quiet crowd in a number of tracks from their debut album. They open with the wonderful Applewood Road which sees the instrumentation paired right back and allows their voices to shine, as the individual differences add beautifully subtle nuances to their collective music.

They take it in turns playing tracks which they’ve each written for the record, Sad Little Tune has a distinctly familiar sound whilst also having their own spin on what appears to be a typical country tune. For us it’s Amy’s tracks that we connect with most on this occasion her attempt at a happier song in the form of Give Me Love, is particularly endearing and sweet as well as the wonderful Josephine. 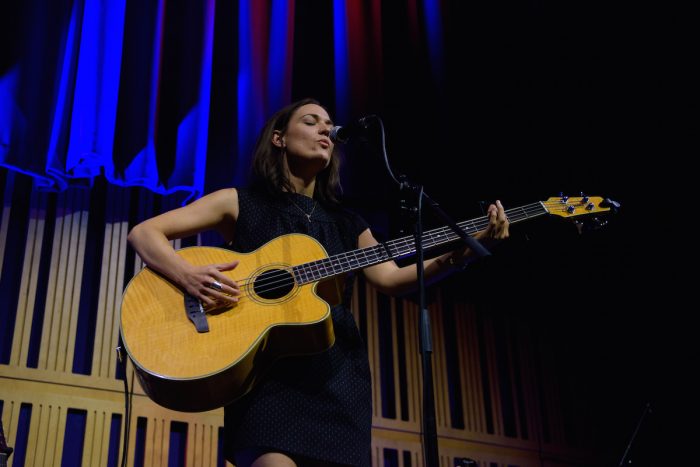 Emily’s Bring The Car Around is another particular favourite, when the three ladies come together they have an exceptional warmth to their sound as they blend together so well. With covers of The Trios My Companion and R.E.M.’s Losing My Religion they only seek to compound the complementary nature of their voices. Between the three of them they put on the perfect show, their individual material allowed each to shine on their own before they all shone together.

~
Applewood Road can be found online here applewoodroadmusic.com. They’re also on Facebook and tweets as @ApplewoodRd.