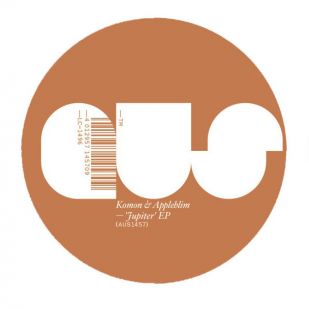 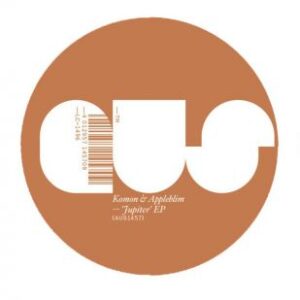 There are so many electronic artists who have crawled from the catacombs of Bristol’s bass culture it’s hard to keep track of them all sometimes. Happily two heavyweight movers and bass bin shakers from the current generation of producers/label owners, Appleblim and Pinch, have each reappeared with fresh sounds for 2014. Pinch’s new release with Mumdance, Turbo Mitzi/Whiplash, is reviewed elsewhere, here Bert Random assesses the new offering from Appleblim & Komon.

Formerly part of Skull Disco with Shackleton, Appleblim was always at the more avant garde end of what became known as dubstep. Characterised by an interest in the space between the beats as much as the bass-drop-frenzy adopted by the cheesier (and ultimately hugely commercially successful) end of the dubstep scene, Appleblim and Shackleton released a series of exquisite tunes that explored the limits of half step and the boundaries of bass. Fear and Gold And Silver were particularly good examples of rave deconstruction and reconstruction, thoughtful and emotive examples of what dubstep could have been before it became a dirty word through association with Saturday night street fighting bro’s.

Now with new recording partner Komon, and appearing on Will Saul’s excellent Aus Music label, this three track E.P. shows how far Osborne has moved from the confines of that scene, and explores rich and warm house/techno territory. At times sounding like it’s channelling early Underground Resistance, or that it has fallen through a wormhole from the late-80s Leeds/Sheffield bleeps and bass scene, the production is as immaculate as you would expect. There is always lots going on but it’s never cluttered, full of overlapping sounds that complement rather than compete and all shaken through with the rattling bottom end that seems to be in Bristol’s blood. The A-side track Jupiter creeps in on a loop of tweaked keyboards, and is centred around a gorgeous just bass and drums section that is frankly so perfectly constructed I could dance to all night, just those few bars on a loop. The delicately phased cymbal is just enough to tug on your heart strings as Appleblim and Komon break dance music down to its bare bones. The echoes of raves and dances past swirl in and out, all with a deep seated warmth that sticks a smile on your face.  On the B-Side, Beach Trek brings in the electro influence, shaking the drums around within their strictly defined loop, but the standout-tune for me is Glimmer. To these ears it sounds a bit like the best of Kerri Chandler, a tough little rhythm with a gorgeous call-and-response between a deep frequency and a sweet synth line. As the track progresses and explores the boundaries between desiccated bass music and comforting house strings, a jagged repeating melody line hits a rich seam of machine funk that makes it impossible not to dance.

Appleblim can be found here on Twitter and here on Soundcloud.

All words by Ben Sansum, author of Spannered, a book about UK free parties. You can find more of his Louder Than War writing here, the Spannered Books website is here, or follow him on Twitter and Facebook.